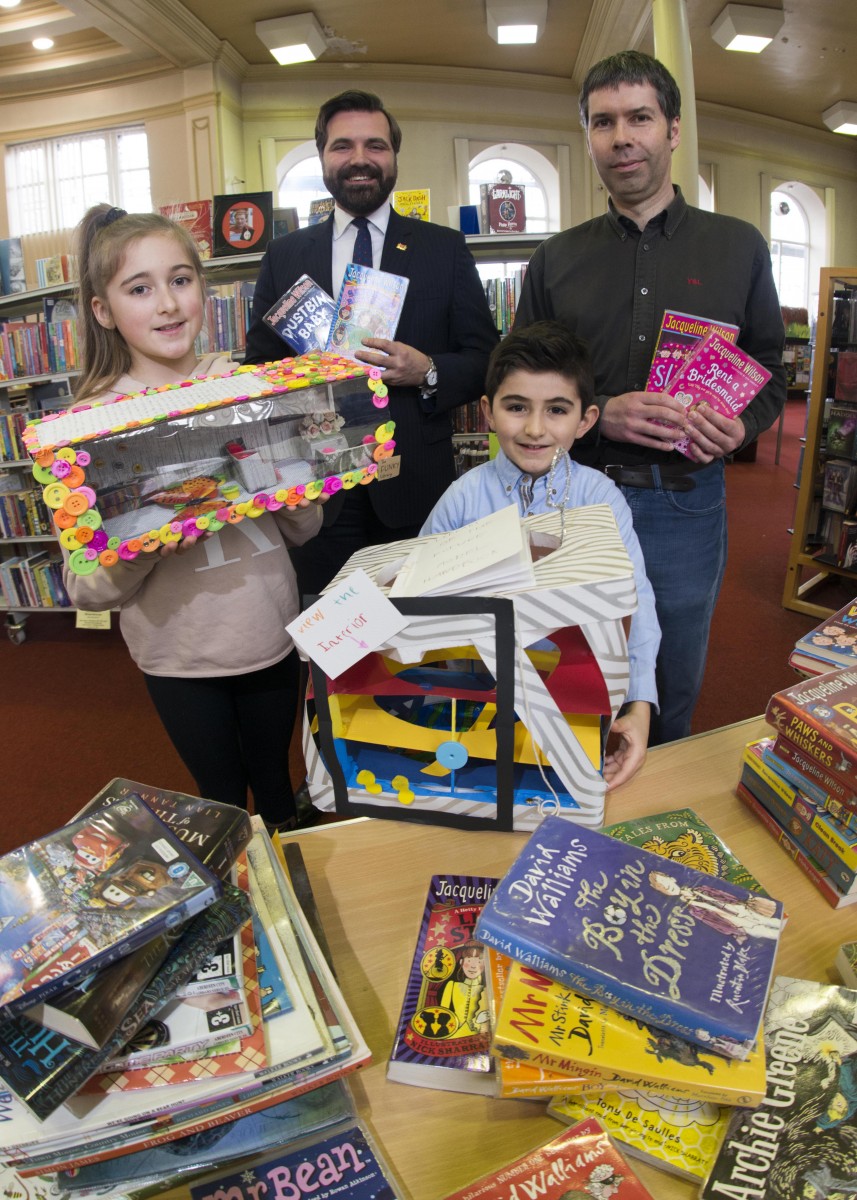 Seven-year-old Alexandros Morrison and eleven-year-old Kamile Ruksnaityte have been hailed for their creative efforts in winning the Design a Library of the Future competition.

The competition was announced by Aberdeen City Libraries last year as part of the 125th anniversary celebrations of Aberdeen Central Library.

Talented Alexandros, who won the age 3-7 category and Kamile, who triumphed on the 8-12 age group, each came up with a 3D model design depicting how a futuristic library might service Aberdeen as the 21st century progresses.

Children and young people submitted over 60 designs in a range of different formats; from models, paintings and drawings to LEGO buildings.

Councillor John Wheeler, Education and Children’s Services Convener, unveiled the winning duo's entries in a special ceremony at the Central Library on Saturday.

He said: “It’s wonderful and fitting to be able to announce the winners of our futuristic library competition in the much loved and iconic building which has served the city so well over the last 125 years.

“Alexandros and Kamile can be justly proud of their imagination and talent. Their fantastic designs helps demonstrate that libraries will be just as relevant in the future as they have always been.”

The entries were judged by Mark Chalmers. Mark is a writer and photographer who trained as an architect and has written a number of articles about the Central Library.

He said: “I was so impressed by the imagination shown in the entries; along with a range of colourful drawings and detailed models, there are some novel ideas which might eventually make their way into a real Library of the Future."

The winning designs will be displayed in the Children’s Library throughout February during the month of February.