More than 230 Aberdeen City Council staff have achieved the same accreditation for high standards of customer service which was used for the London 2012 Olympics, the 2015 Glasgow Commonweath Games, and The British Open last year in St Andrews.

WorldHost is a suite of world-class customer service training programmes which have already been used to train over 10% of Scotland’s tourism workforce. The City Council is working towards achieving WorldHost Recognised Business which is awarded to businesses that have trained 50% or more of their front line staff and signed a commitment to delivering excellent customer service. 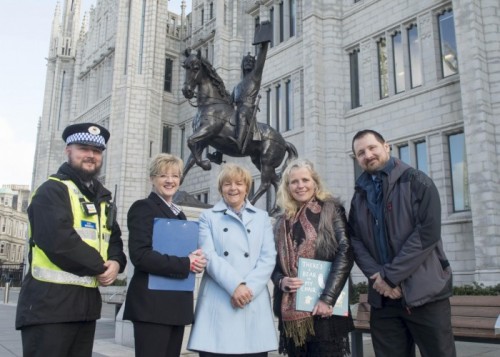 Aberdeen City Council Leader Councillor Jenny Laing said: “We are passionate about service standards and are incredibly proud for our staff to have achieved WorldHost accreditation.

“When our customers see the WorldHost logo displayed, they’ll know that we have made a commitment to delivering an exceptional experience for them. Not only does this generate a positive buzz about the service we offer, but it helps to promote Aberdeen as a friendly and welcoming tourist destination.

“Aberdeen is a beautiful city which is home to gorgeous green spaces in our award-winning parks, world-class shopping, and a mile-long sandy beach, and is also the gateway to much more including a Castle Trail, a Royal Trail, and a Whisky Trail.

“We look forward to welcoming thousands of people to our city from both near and afar and our staff achieving WorldHost status will help to show what a welcoming city we are.”

Another 400 front line staff are to go through the WorldHost accreditation, and Aberdeen Maritime Museum has become one of the first WorldHost Recognised Businesses for Aberdeen City Council.

Alexander Robertson, museum supervisor, said: “The confidence World Host training instils gives it great value. It teaches staff to view issues in a different way, not only from their own angle. It reminds us that taking time, giving thought and going the extra mile for customers will not only have a positive effect on their experience but will make you feel good about yourself, boost business and keep people coming back.”

Through the WorldHost Regional Destination Initiative - a national campaign being spearheaded by workforce development charity People 1st - four cities, over 70 towns and two set of islands across 12 Scottish regions will use the training to achieve WorldHost Recognised Business and Destination status by the end of 2017.

The initiative aims build on the legacy of world-class events like the 2014 Commonwealth Games and Ryder Cup, and transform customer service standards across Scotland’s visitor economy.