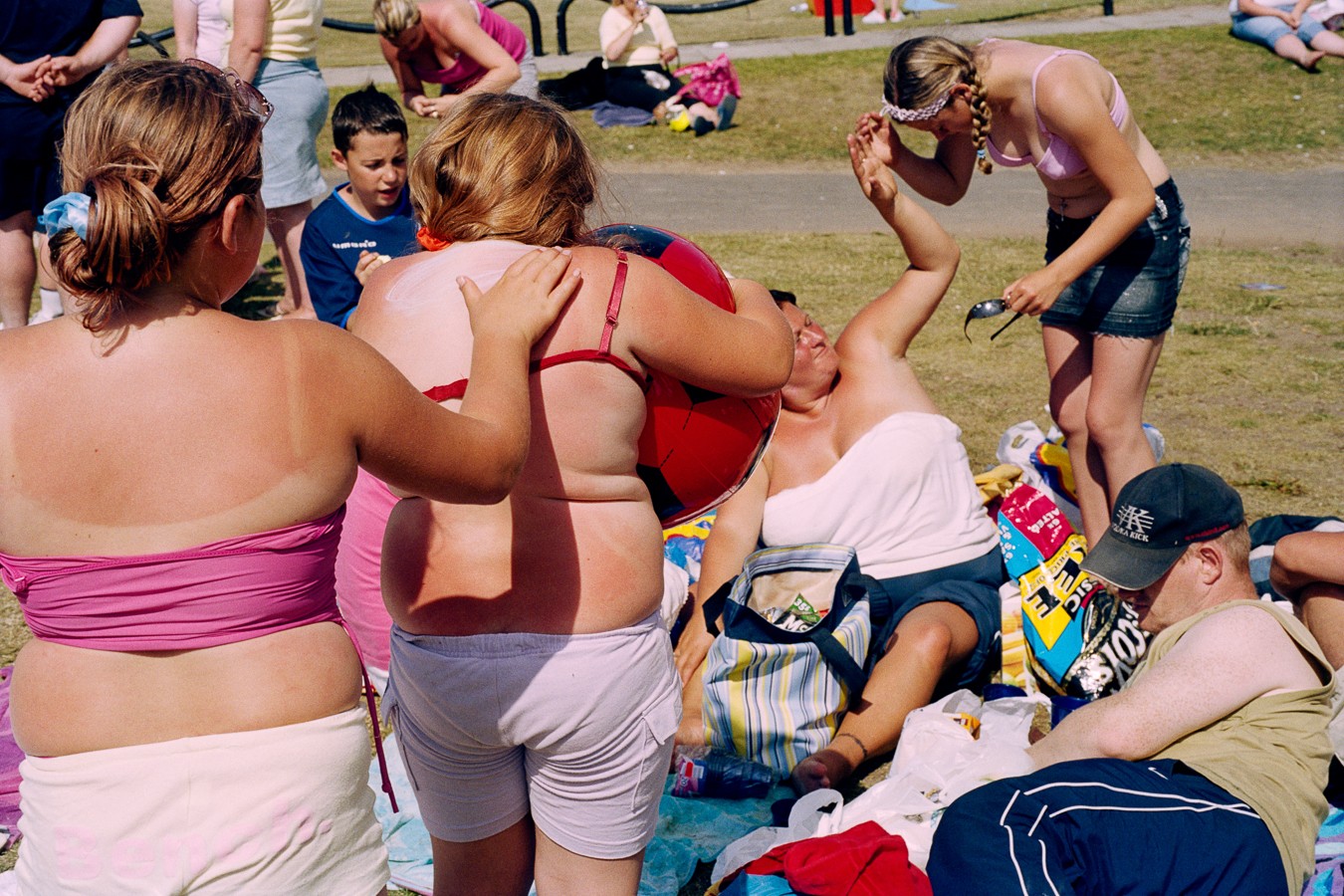 004_LON83776 - lo res
GB. Scotland. Burntisland. 2006. Images for use only in connection with direct publicity for the exhibition Think of Scotland shown at Aberdeen Arts Gallery from 31.10.19 – 29.02.20. These images are for one time non-exclusive use only and must not be electronically stored in an media asset retrieval database. Up to two Magnum images can be used without licence fees for online or inside print use only. Please contact Magnum to use on any front covers. Images must be credited and captioned as outlined by Magnum Photos. Images must not be reproduced online at more than 1000 pixels without permission from Magnum Photos. Images must not be overlaid with text, cropped or altered in anyway without permission from Magnum Photos. This licence is applicable only for the period 9/07/19 - 29/02/20. If you have a Direct Download agreement with Magnum Photos, you can download or request online these pictures immediately. If you do not have a download agreement, please contact your local Magnum office: http://pro.magnumphotos.com/Contact

Work by Martin Parr, one of the world’s leading photographers, is to be the first special exhibition in the new BP Galleries at Aberdeen Art Gallery. The Art Gallery will re-open to the public on Saturday 2 November following a landmark redevelopment.

This major exhibition, which is presented by Aberdeen Art Gallery and Magnum Photos, will feature two bodies of work by the internationally acclaimed photographer: Think of Scotland and Aberdeen at Leisure.

Think of Scotland has been developed over a 25-year period in which Martin Parr has visited locations across the length and breadth of the country, from Ayrshire to Aberdeenshire and from Orkney to the Western Isles. Exploring leisure, landscape, food and community, this is the first retrospective of Parr’s work from Scotland, a country for which he has a great affection.

Speaking of the lure that keeps calling him back to Scotland, Parr explains: “It’s a very beautiful country and the people are great. The social scene is interesting. It’s different from where I live in Bristol, it’s rougher and more engaging and quite dramatic. That difference really appeals to me.”

The second body of work, Aberdeen at Leisure, has been specially commissioned by Aberdeen Art Gallery. Over several visits to the city in 2017 Parr photographed Aberdonians at leisure in locations as diverse as sporting venues, places of worship and nightclubs. The commission not only celebrates the re-opening of Aberdeen Art Gallery, but also creates a lasting legacy to inspire future generations of photographers, with a new series of images made in Aberdeen by one of the world’s foremost photographers.

Martin Parr said: “I am excited to share my portrait of Aberdeen with the citizens who appear in it. There is never a better audience than the subjects themselves, who are pictured here enjoying the incredible variety of leisure activities Aberdeen has to offer.”

Parr has been dubbed the ‘chronicler of our times’. His enduring photographic interest in leisure, consumption and communication enables us to see things that have seemed familiar in a completely new way. He makes the familiar look unexpected, giving it a twist. His photographs are original and entertaining, accessible and understandable. Their humour makes us laugh at ourselves, with a sense of recognition and release.

Emily Graham, Cultural Commissions & Partnerships lead at Magnum Photos said: “For over 25 years, Martin Parr has built a huge archive of photographs from Scotland. A tourist himself, Parr often makes his work at attractions that pull in visitors, including agricultural shows, Highland Games and city streets. Magnum Photos is delighted to work with Aberdeen Art Gallery to present for the first time this significant exhibition of Parr’s work from Scotland, accompanied by the newly commissioned photographs made in Aberdeen.

Councillor Marie Boulton, Aberdeen City Council’s culture spokesperson, said: “The major investment in Aberdeen Art Gallery means that we can attract world class exhibitions such as Martin Parr: Think of Scotland to the city, which people would otherwise have had to travel considerable distances to see, enjoy and be inspired by. We know from the experiences of other cities around the world who have invested in this way that the arts can be a transforming force in the fortunes of any city or region.”