Why you can’t put a price on this Aberdeen charity 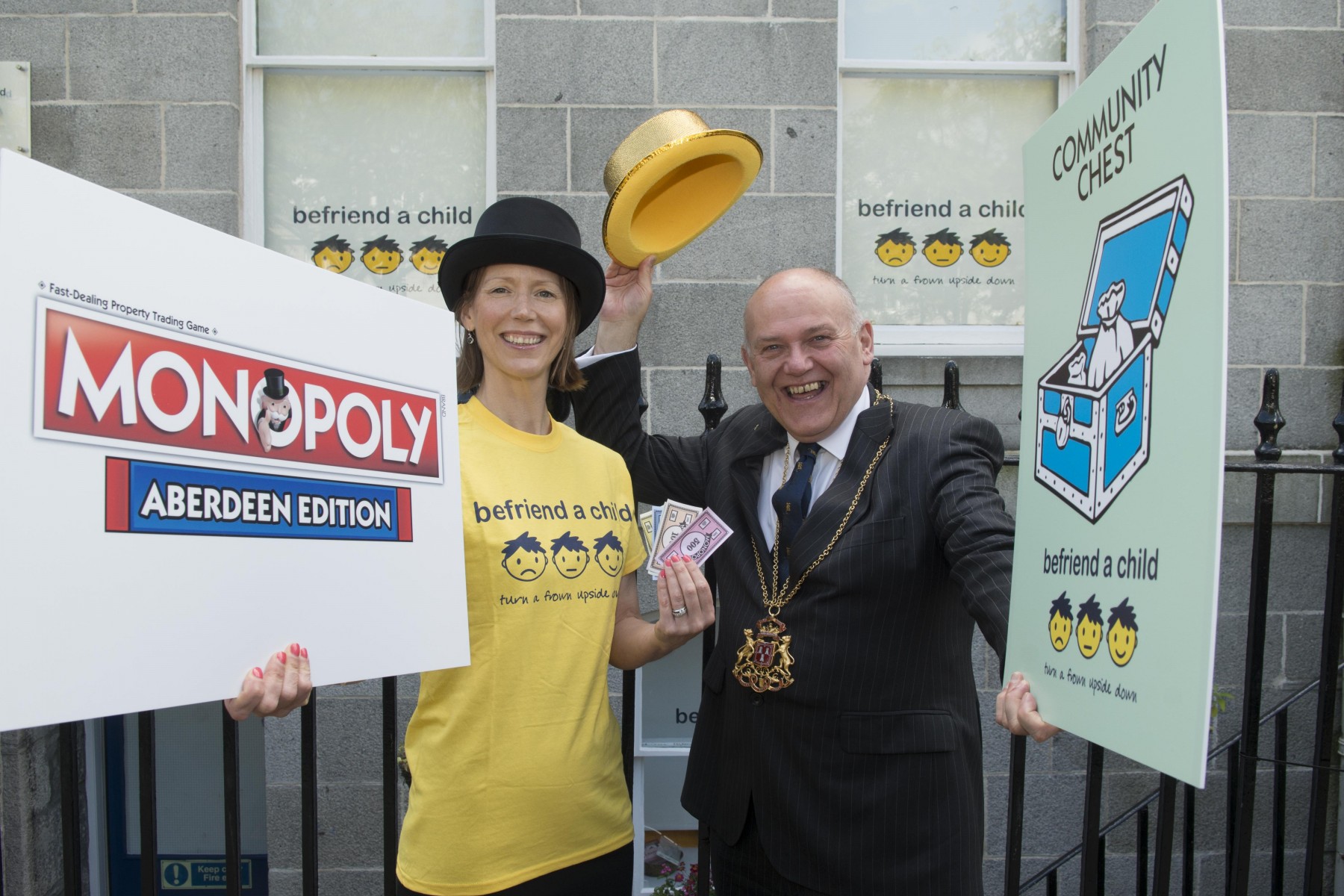 Aberdeen’s Befriend a Child charity has been announced as the very first space to be revealed as ‘Passing GO’ on the brand-new MONOPOLY board for the city.

Befriend a Child will star on a Community Chest space all of its own when the game is unveiled later this year.

And because there is no price tag on the MONOPOLY Community Chest spaces then it means Befriend a Child will be as priceless in the Aberdeen MONOPOLY game as in real life.

Befriend a Child ‘Passes GO’ following a public vote, in which it topped the poll. It will be one of THREE charities that will feature on the board – the other two will be announced later in the year.

The Lord Provost of Aberdeen Barney Crockett said: “For Befriend a Child charity to top the poll in a public vote for a place on the new MONOPOLY Aberdeen boardgame reflects the high regard the people of Aberdeen have for this great charity and the fantastic work it does in helping local disadvantaged children and young people.

“We have very many outstanding charities here in the city, which is why this plaudit is a huge accolade for Befriend a Child.”

The new game will hit shops this October in time for this Christmas.

Befriend a Child supports children and young people growing up in difficult life circumstances across Aberdeen and Aberdeenshire.

Its mission is to aim to ensure the youngsters achieve their optimum potential and develop into adulthood, both confidently and competently.

The makers of the new official game extended their congratulations.

Jennifer Lau, Custom Games Executive at Winning Moves UK, makers of the board under official license from Hasbro said: "A huge congratulations to Befriend a Child who proved very popular in the voting - and many thanks to everyone who voted.

“Befriend a Child charity will feature on a Community Chest space – we feel this is an appropriate position on the board, with them being such an integral and very big part of the Aberdeen community.

“The game will feature and star the great and the good of Aberdeen.”

Why you can’t put a price on this Aberdeen charity