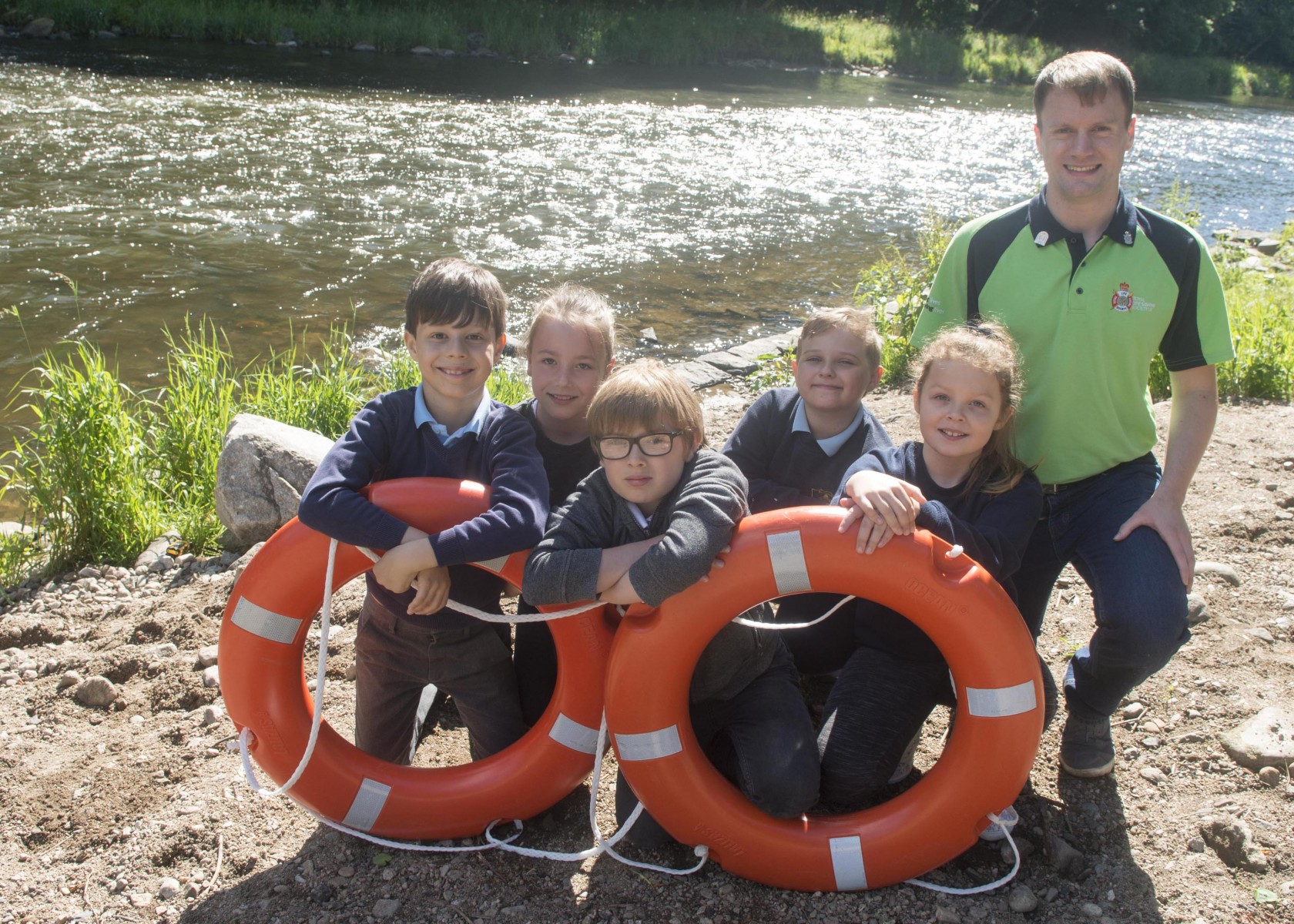 Around 300 pupils today (Friday 23 June) took part in water safety sessions which have been organised by Aberdeen Water Safety Group.

The youngsters from St Peter’s and Riverbank primaries found out about the dangers of swimming in the River Don and also discussed dangers of water around the home and in other areas, including beaches. The children also discovered how to throw rescue aids to assist someone who may be drowning and there were talks on environment and local wildlife from Aberdeen City Council’s Countryside Rangers.

“The group is a partnership of many agencies that have come together to improve the open water safety facilities and education in Aberdeen.

“During the eight months the group has been in existence, we have already organised water safety presentations for primary school pupils, new safety information signs have been designed and will be installed very soon along the length of the beach and there has been an audit of public rescue equipment at the beach.

“The group is also working on primary safety information signs at four locations along the beach and developing a water safety presentation input for Secondary schools. In addition, I have represented AWSG at the Water Safety Scotland meetings.

“We are working together to educate particularly youngsters about water safety and will be planning more events together in the months ahead.”

The main purpose of the group is to reduce lives lost to drowning through education and promotion of water safety.

The group has also agreed on new secondary signage for Aberdeen beachfront, which will adhere to the latest RNLI national guidelines, including having a unique code on each sign so emergency services can easily identify exactly where people in trouble are along the 2.1mile stretch of the beach. The signs will also have the unique code on the reverse side, so they can clearly be viewed from people on the beach.

The new signs have been ordered by Aberdeen City Council and should be installed in time for the start of the school summer holidays. The group is also organising to install bigger ‘primary’ signs at strategic points which will include additional safety information along with beach information.

In addition, in partnership with the RNLI, a beach water safety campaign has been running at the beach since September 2016 where a 'Ton of Water' display on the promenade is in place to help raise safety awareness in the area. This display is simply a cube containing water and is successfully used to promote safety elsewhere in the UK.

Aberdeen Surf Lifesaving Club is currently training new recruits and is taking on anyone who is interested in beach water safety. Anyone interested should either go to Aberdeen beach during the Sunday afternoon training or request to join the Facebook page.