UNESCO report highlights the significance of Aberdeen and Aberdeenshire Archives 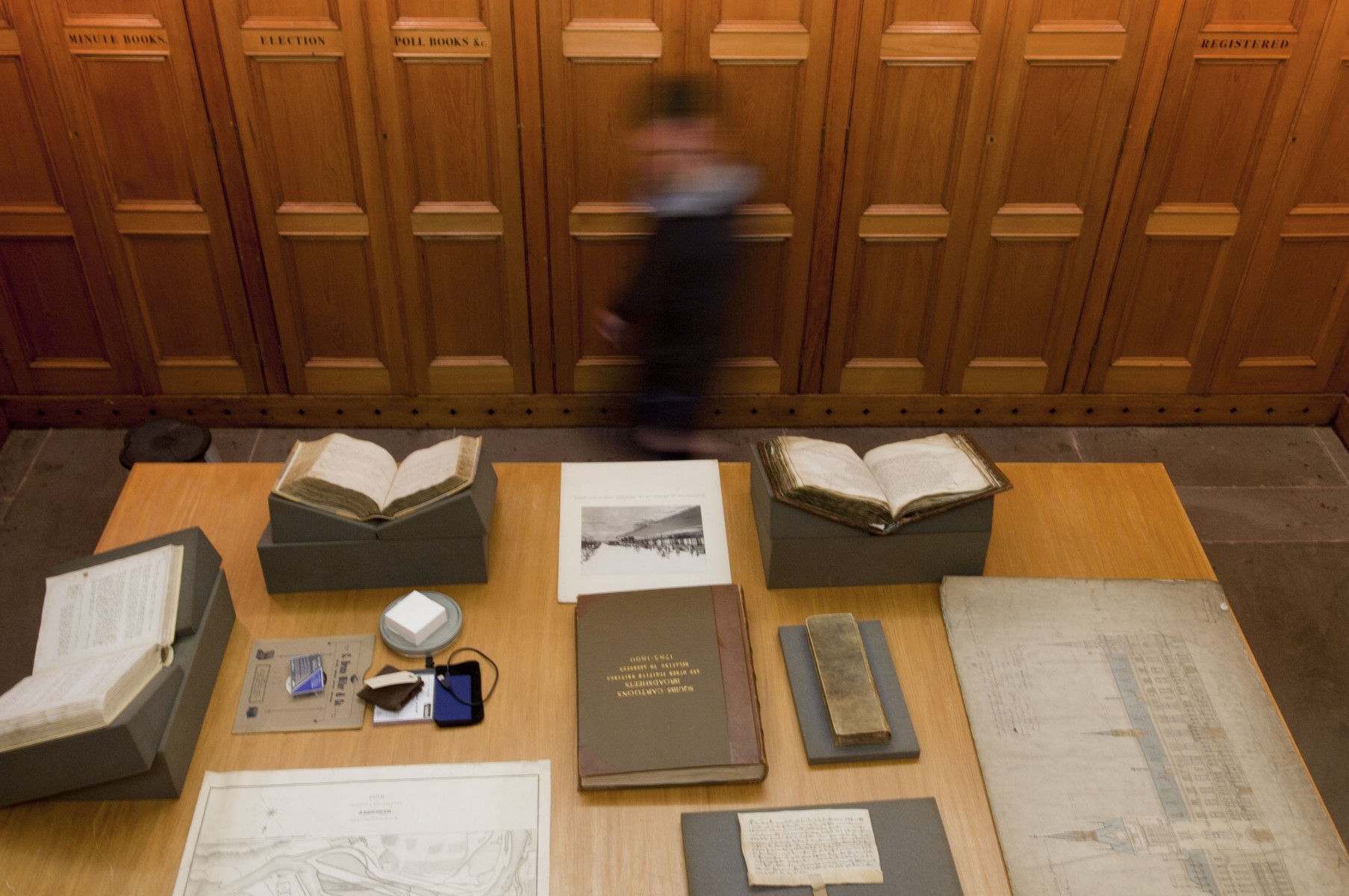 A report published today (Thursday 25 June) by the UK National Commission for UNESCO, highlights the significance and financial benefits of UNESCO destinations, including the Aberdeen Burgh Registers spanning 1398-1511, to the to the UK.

Set up as a specialised agency of the United Nations in the wake of the Second World War, UNESCO harnesses the power of education, culture, science, communication and information to advance global peace building, sustainable development, intercultural dialogue and the eradication of poverty.

The Aberdeen Burgh Registers spanning 1398-1511 (the oldest and most complete records of any Scottish town) form part of the extensive Aberdeen City and Aberdeenshire Archives and were recognised in 2013 by the UK National Commission for UNESCO – a body of the United Nations responsible for the protection of the world’s cultural heritage.

The Archives team collect and preserve historical records relating to the City of Aberdeen and the surrounding historic counties, in order to secure significant modern records for future generations.

UNESCO projects in the UK generate an estimated £151million of financial benefit each year and help bring communities together to protect and conserve some of the most important places across the country.

The report is the first to examine the cultural, environmental and financial benefits to UK life from these diverse UNESCO projects, and their active contribution to the SDGs. Along with preserving precious landscapes, buildings and archives, UNESCO projects are also leading research on vital issues such as water scarcity, refugee integration, climate change and child literacy.

Aberdeen City Archives provide an important service to members and officials of Aberdeen City Council. The records are sorted and catalogued by the archivists and made available to the public in designated search rooms. The City Archives also provides an archives service for Aberdeenshire Council.

The records are housed in secure accommodation under suitable environmental conditions at two sites - the Town House and Old Aberdeen House.

Aberdeen City Council's culture spokesperson Councillor Marie Boulton said: “Today’s report highlights the social, cultural and economic benefits of UNESCO destinations in the UK. We are very fortunate to be one such destination thanks to Aberdeen’s Burgh Records, which are the most complete in Scotland and go back as far as the 14th century and run to more words than the complete works of Shakespeare.

“The Burgh Records provide a fascinating insight into times past to reveal the social, economic and cultural matters throughout the centuries.”

Colin McInnes, Chair of the UK National Commission for UNESCO said: “This report marks the 75th anniversary of UNESCO's founding in the UK. The UK co-founded the organisation to help build the structures to create a better world after the carnage of World War II. Seventy-five years later we find ourselves again in crisis.

“This report highlights the economic and social value of UNESCO projects to communities across the UK, and which will need significant investment as the economy recovers.”

Phil Astley, Aberdeen City Archivist, Aberdeen City Council said: “Recognition of the Aberdeen Burgh Registers by UNESCO in 2013 has been a huge boost for the Archive service, not only raising our profile regionally and nationally but, in partnership with the University of Aberdeen, it has enabled us to unlock over £800,000 of research funding during this period.”

The Archives Online Catalogue has detailed descriptions of many of its collections and is continually updated. Descriptions of some of the archives are also available on the Scottish Archive Network (SCAN).

UNESCO report highlights the significance of Aberdeen and Aberdeenshire Archives