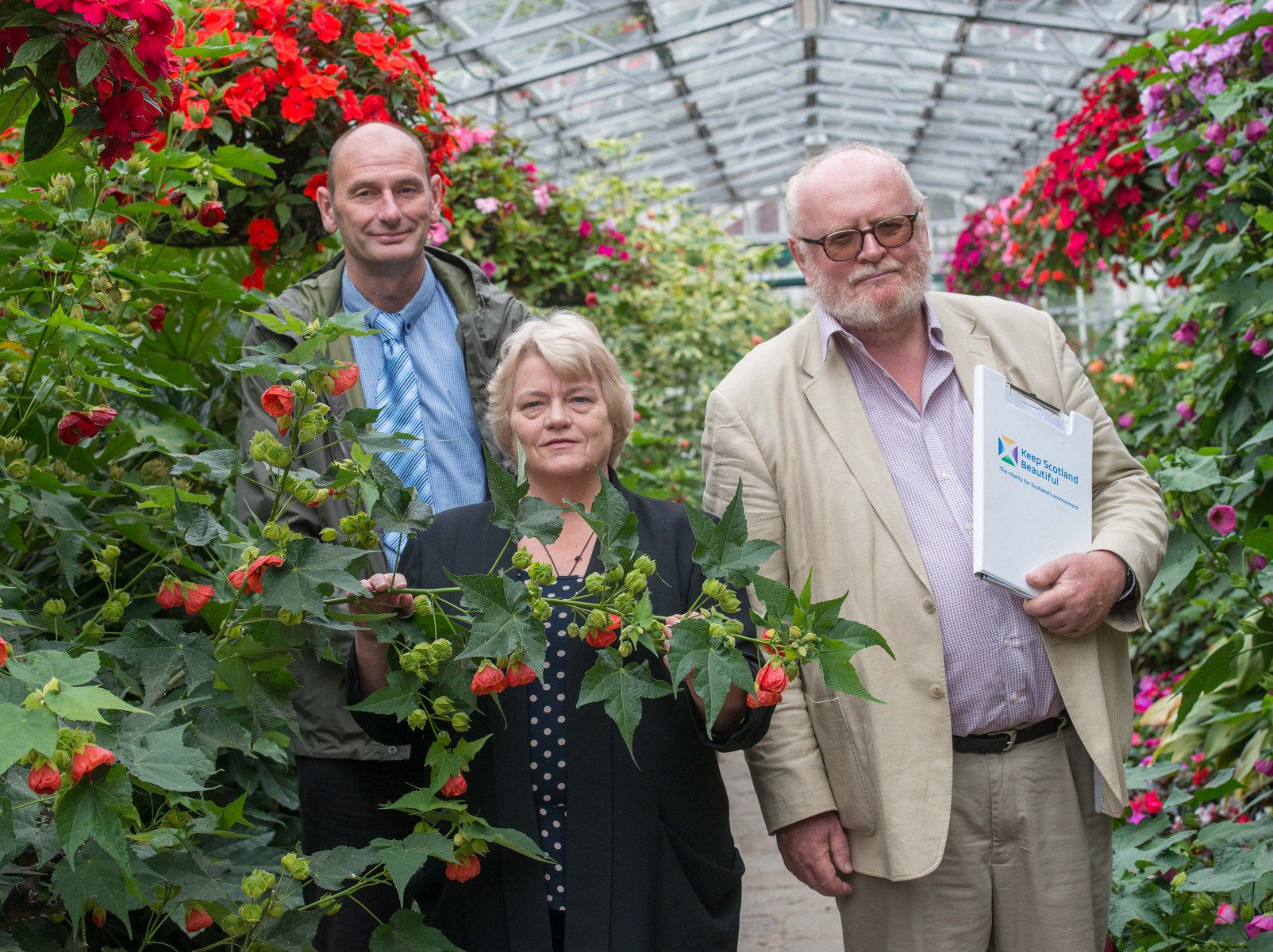 Two Beautiful Scotland judges were inspecting the impatiens and grading the gasterias during a visit to Aberdeen today.

The city, which is being judged on efforts to improve green spaces including work carried out by Aberdeen City Council staff and local communities, has the additional accolade of hosting this year’s awards ceremony in its 50th year.

During the judging tour, three themes are examined - horticultural achievement, community participation and environmental responsibility - to discover which communities have been most successful in improving the attractiveness, cleanliness and sustainability of the places they care for.

Aberdeen City Council Communities, Housing and Infrastructure vice convener Councillor Jean Morrison said: “The flowers and plants around the city are looking particularly beautiful this year and we’re really proud of all the hard work and effort put in by not only our grounds staff, but also the community groups and partners.

“This collaborative approach has meant there are fantastic green projects going on around the city from allotments to parks, and there are amazing people who are involved in these projects.

“We hope the judges like what they see and enjoy their tour around the city.”

The judges Stan da Plato and Andrew Hogarth were being taken on a tour of Aberdeen which included Duthie Park Winter Gardens, Seaton Park, Hazlehead Park, and community groups in Cove, Dyce and Peterculter.

Mr da Plato said: “Scotland in Bloom has been going for 50 years and Aberdeen is the only local authority which has entered every single year.

“We’ve been very impressed with the quality of not only the traditional displays but also the new working with neighbourhood groups.”

The judges are visiting cities, towns, villages and communities around Scotland over 12 days to inspect the work on offer.

Administered by Keep Scotland Beautiful, a member of the RHS Bloom Federation, Beautiful Scotland recognises the efforts of local authorities and communities which work tirelessly to improve their local cities, towns and villages.

Carole Noble, Director at Keep Scotland Beautiful, said: “Keep Scotland Beautiful is celebrating its 50th anniversary this year. That is half a century of local authorities and communities coming together to take responsibility for enhancing their local places with spectacular floral displays and innovative anti-littering campaigns. These activities would not happen without the many hundreds of people committing thousands of hours to looking after their communities on a voluntary basis.

“We sometimes forget the massive impact that a clean and green environment has on people. But, there is ample evidence that a good local environment can deliver a broad range of associated benefits in terms of physical and mental health and wellbeing, community cohesion and civic pride, and the creation of economic opportunities.

“Beautiful Scotland groups have made, and continue to make, a massive difference to our country. I’d like to wish all the entrants the best of luck this year.”

Some of the winners from Beautiful Scotland 2016 will go on to represent Scotland in the RHS Britain in Bloom Final in 2017.

Judges from Britain in Bloom finals will also be in the city on Friday as part of its competition.