Tullos pupils show their mettle with their robotics competition win 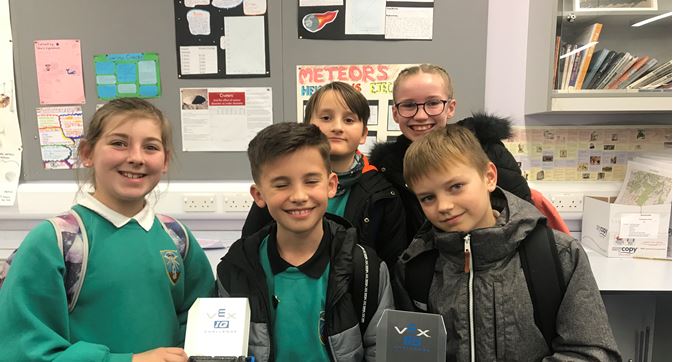 A team of young robot designers from Tullos School are set to take their creation to the UK finals of a robotics competition having beaten off stiff competition to win the Scottish heat.

The competition involved designing and building a functioning radio-controlled robot to undertake a variety of tasks.

The group are now hoping to secure sponsorship in order to compete in the UK finals in Telford on 3 and 4 of March.

Councillor John Wheeler, Education Operational Delivery Convener, said: “Congratulations to the boys and girls in the Tullos Primary Team on their achievement and good luck going forward to the UK finals”.

Tullos pupils show their mettle with their robotics competition win