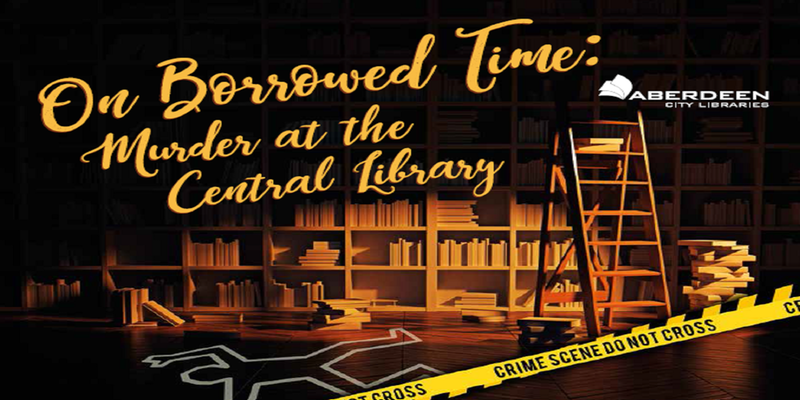 The consequences for not returning a book to Aberdeen Central Library will be much more serious than a fine next month. In fact, one poor reader will end up dead in mysterious circumstances.

That’s because, to mark the end of the Central Library’s 125th anniversary celebrations, Aberdeen City Libraries are hosting a unique murder mystery event written and performed by Right Here Productions at 7pm on Saturday 17 March.

On Borrowed Time: Murder at the Central Library has been written specifically for the library and guests will have the chance to learn about the history of the building at the same time as trying to solve a murder.

Susan Bell, Service Development Manager: “The murder mystery in the Central Library brings to a close our hugely successful 125 programme and it’s a befitting finale in the building where it all started on Tuesday 5 July 1892.”

Alison Telfer from Right Here Productions said, “We are honoured to have been asked to be part of the 125th Anniversary celebrations and in such an unusual way! The Central Library is such an iconic building and to have the opportunity to perform a Murder Mystery there is really exciting. Hopefully doing something different in the building will bring in a whole new audience for the library.”

Tickets for the event will cost £25 + booking fee and include a welcome drink and finger buffet.

For more information or to book tickets, visit www.aclmurdermystery.eventbrite.co.uk