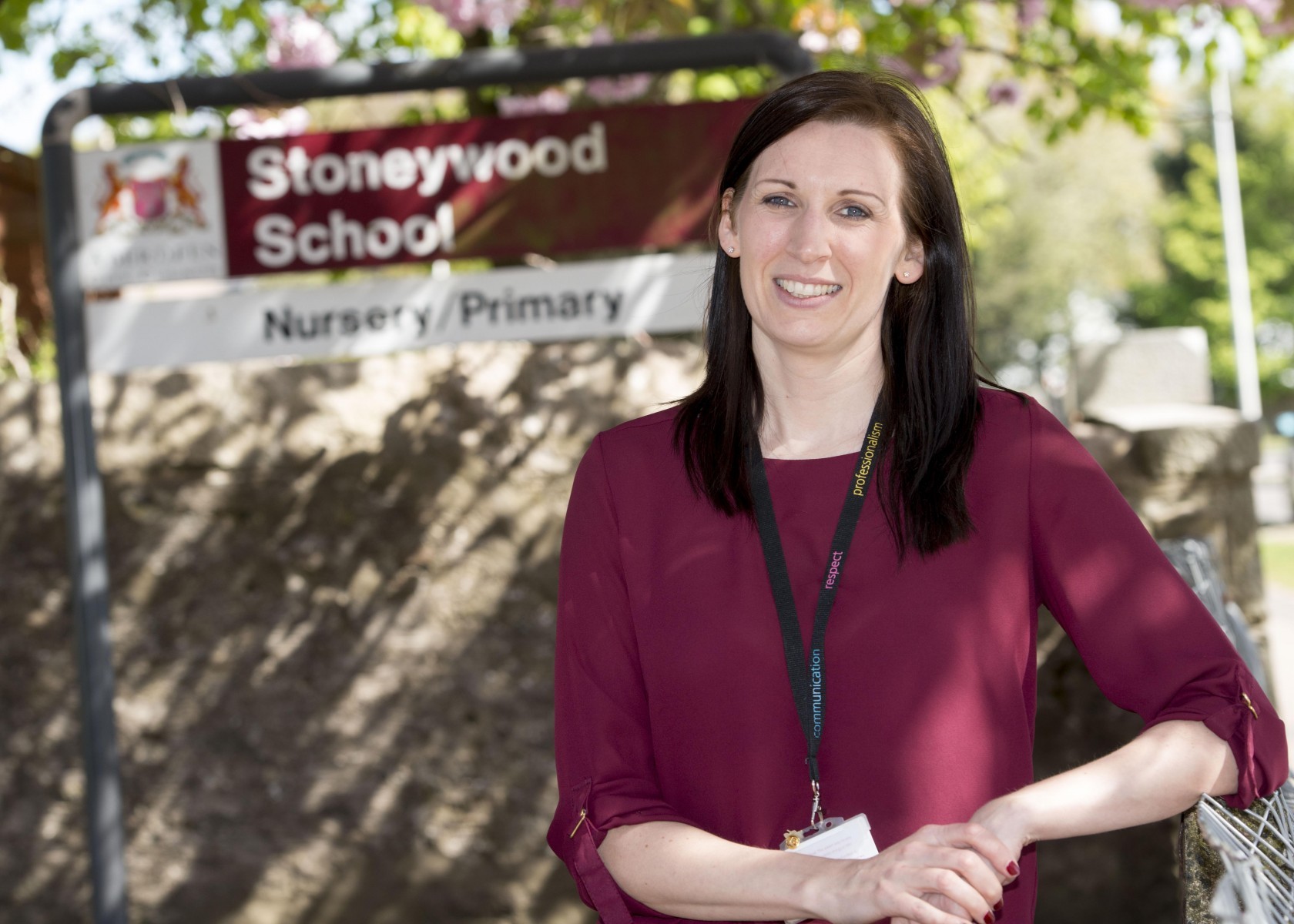 Stoneywood School Head Teacher Gael Ross has been named Teacher of the Year category in this year's Pride of Aberdeen Awards.

Gael, who was also shortlisted for the Scottish Education Award’s Head Teacher of the Year earlier this year, came up against stiff competition but was announced the overall winner at a gala evening at the Beach Ballroom on Saturday 4 November. Gael described the event as a "fantastic night" and said she was "humbled to be part of it".

Gael has been Head Teacher for three years. Pupils, staff and parents say she makes the school a happier place and appreciate her charity work and her approachability, enthusiasm and kindness.

On hearing that she had been nominated, Gael paid tribute to "the support that I have received from staff, parents and pupils during my 3 years at Stoneywood. We work together to achieve success and it is an honour to be nominated for such a prestigious award."

"I believe that we should value others and know that I would not be able to do my job if it wasn't for the support and encouragement of those around me. Every day I am inspired by the hard work and dedication within our school community. At Stoneywood, we achieve together."

Gael was also one of 20 Scottish Leaders in Education chosen for a Japan Study Tour in February this year.