Sporting legend to be honoured at new Aberdeen attraction

The youngest winner of BBC Sports Personality of the Year will be celebrated along with other local world-beaters when Provost Skene’s House reopens as a new visitor attraction in autumn 2021.

The historic building is being redeveloped by Aberdeen City Council to tell the story of the region’s global impact in the fields of sport, science, entertainment, business and the arts.

The Sporting Champions line-up will include swimmer Ian Black, who in 1958 was voted BBC Sports Personality of the Year ahead of footballer Bobby Charlton and Formula One driver Stirling Moss after winning six medals in two championships that summer.

Fittingly, BBC Sports Personality of the Year will be coming to the Granite City for the first time in its 65-year history on December 15th at P&J Live – and Ian will be in attendance.

Ian was just 17 when he received the coveted silver trophy, an experience he described to the audience as “most unexpected”. As his country’s first winner, he had stepped on stage at the Grosvenor Hotel in London to the strains of “Scotland the Brave”.

Reflecting on his success some 61 years later, Ian said it was particularly gratifying that the public chose the winner, adding: “To be held in the affection of the Scottish people, even for a while, is something to celebrate.”

In 1958 Ian took gold medals in the 400 metres, 1,500 metres freestyle and 200 metres butterfly at the European Championships and another three medals – including gold in the 220-yard butterfly – at the British Empire and Commonwealth Games.

Earning the nicknames “The Human Torpedo” and “The Golden Boy”, Ian – who wore a MacGregor tartan dressing gown poolside – rounded off 1958 being declared Sportsman of the Year by the British Sports Writers’ Association. 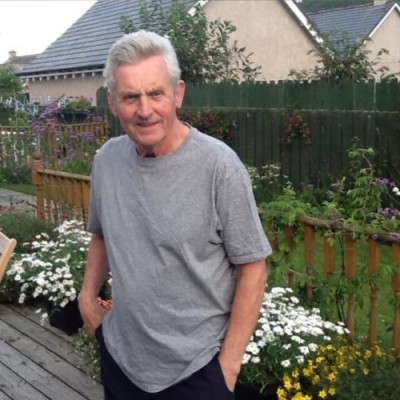 Ian (above)  said: “You could say that I had a golden patch – six months in which everything happened.”

He was expected to win gold at the Rome Olympics in 1960 but his preparation was compromised by a lack of access to training facilities in Aberdeen, Ian having to brave freezing water at Stonehaven’s outdoor pool and even travelling to Guernsey to use a tidal pool carved out of the coastal rock.

On St Andrew’s Day 2002, Ian was one of the first 50 inducted into Scottish Sports Hall of Fame.

Ian had displayed precocious talent. Aged just nine, he swam from Kessock to Inverness across the Beauly Firth and at 14 had beaten the Scottish butterfly champion.

His swimming career started in earnest under coach Andy Robb when he started attending Robert Gordon's College (RGC) in Aberdeen.

After graduating from the University of Aberdeen, Ian followed a career in education and after various headships at home and abroad he returned to the city as Headmaster of RGC Junior School in 1990.

While running a swim class for beginners he spotted a young pupil with “talent to beat the world” – a certain David Carry, who would go on to win two golds at the Commonwealth Games in 2006.

The £3.8 million renovation and redevelopment of Provost Skene’s House (below) on Guestrow is being carried out as part of the City Centre Masterplan. 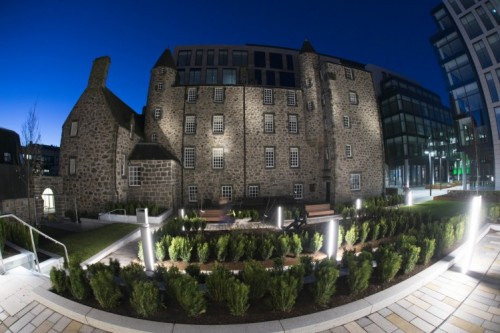 Sporting legend to be honoured at new Aberdeen attraction