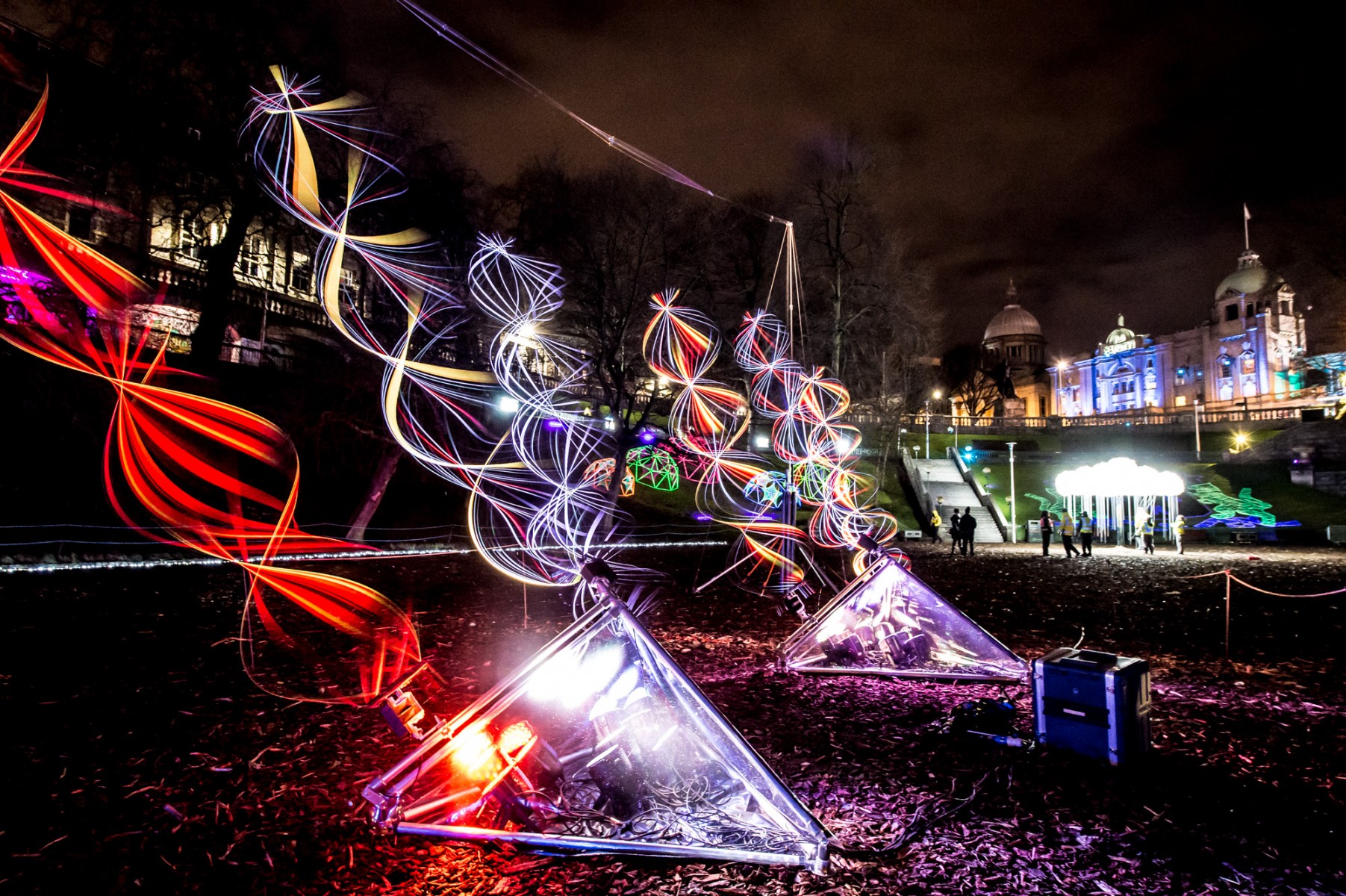 Aberdeen’s festival of light, SPECTRA, has once again been recognised nationally with four nominations at the Drum Scottish Event Awards to be held in Glasgow in October..

The festival is in the running to win Festival of the Year, Cultural Event of the Year, Large Event of the Year and Team of the Year, recognising the impact SPECTRA has on Aberdeen and the huge response from local audiences. This year’s festival saw around 65,000 visits across 4 days and overwhelmingly positive feedback from attendees and artists alike.

Last year, SPECTRA was nominated for three awards eventually walking away with Festival of the Year 2016.

Andy Brydon, Director of Curated Place, said: “It is fantastic to have the growing success of SPECTRA recognised with these four nominations to the Scottish Event Awards for the second year running. Our close partnership with Aberdeen City Council has enabled us to develop an ambitious, effective and close knit team across the two organisations whose enthusiasm allows us to deliver an event that is helping to expand horizons for the city and the possibilities for major cultural events in the North East.

“2018 will see us expand the festival into a major conferencing programme and a new music festival bringing international cultural leaders, inspiring speakers and some of the most amazing visual and sonic artists into SPECTRA which is rapidly becoming a destination event - an achievement only possible through the hard work and dedication of all involved."

Councillor Marie Boulton, cultural spokesperson for Aberdeen City Council, said: “This is just fantastic news! For Spectra and our partners at Curated Place to be nominated in four major categories in such prestigious awards is a testament to the massive impact the festival continues to have on the Scottish cultural scene. I know from first-hand experience that the nominations are richly deserved given the sheer hard work and creativity that went into making Spectra an even bigger success this year.

“The city is justifiably proud of our renaissance as a thriving centre for culture within the UK and in fact, across Europe. The challenge now is to build on our success and to make Aberdeen an essential destination for lovers of culture everywhere.”