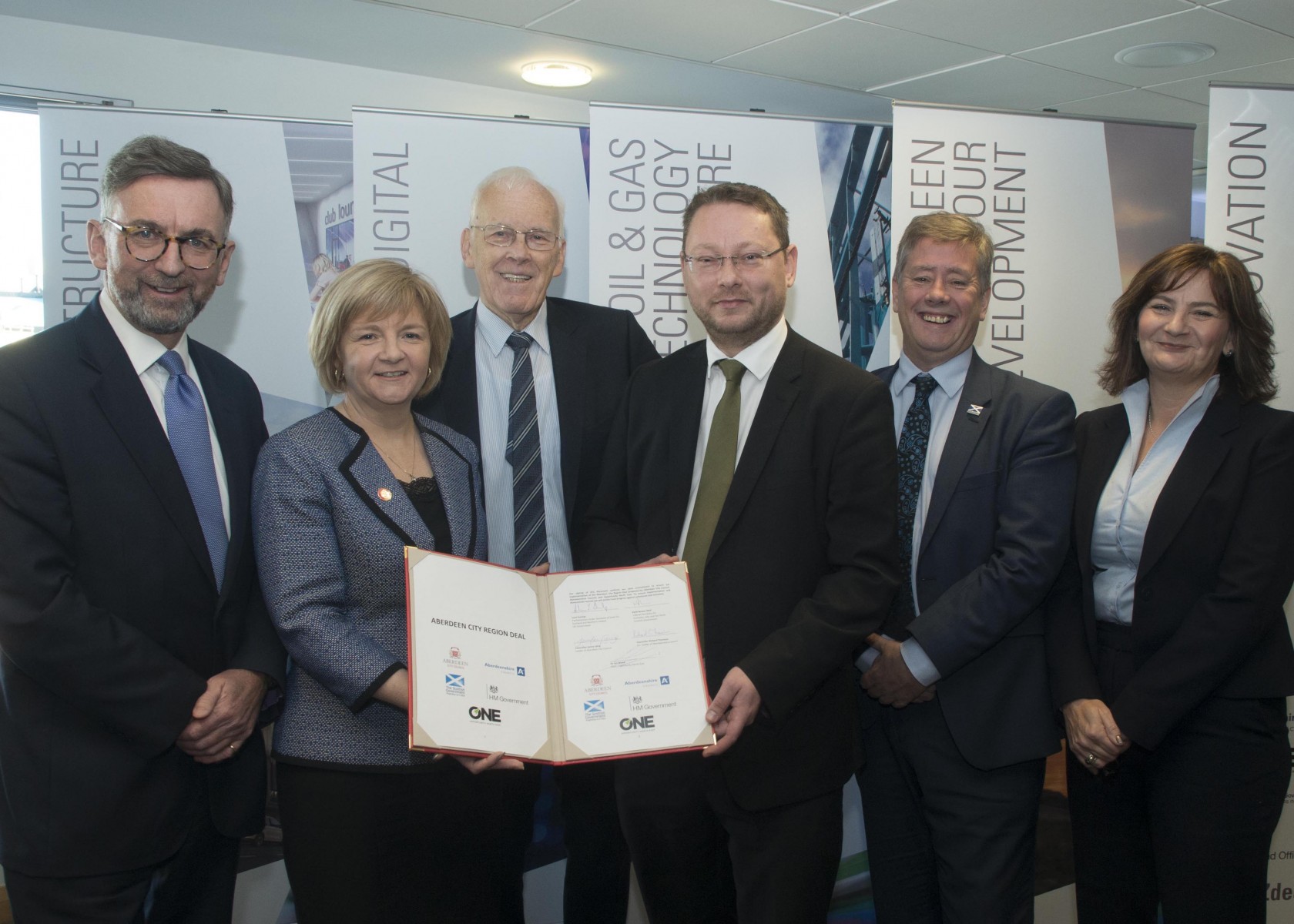 The Aberdeen City Region Deal was launched today (November 21) with the official signing of the £250million agreement.

The 10-year deal paves the way for investment in innovation, internationalisation, digital connectivity and infrastructure across the region.

It is designed to act as a catalyst for economic growth and diversification, with partners announcing that estimates suggest the Aberdeen City Region Deal’s total value could be up to £826m once private sector and other investment is factored in.

The Aberdeen City Region Deal encompasses a number of projects. It will support The Oil & Gas Technology Centre, a digital infrastructure fund and the proposed expansion of Aberdeen Harbour. A Bio-Therapeutic Hub for Innovation, Agri-Food and Nutrition Hub for Innovation and a Strategic Transport Appraisal are also part of the programme.

These projects are collectively estimated by the deal partners to be capable of delivering annual Gross Value Added (GVA) increases of £260m across the Aberdeen City Region, £222m in Scotland and £190m in the UK.

The partners also estimate the deal has the potential to create an average of 330 new jobs per year in the region, aggregating to 3,300 new net jobs over its 10-year lifespan. It could also generate additional annual tax revenues to the Government of £113m from income tax, national insurance, VAT and oil tax revenues.

Aberdeen City Council Leader Councillor Jenny Laing said: “The signing of the Aberdeen City Region Deal marks the final stage in the process of bringing the deal to fruition – but also marks the beginning of a long-term programme designed to make a positive impact on our region and its economy, bringing benefits now and for generations to come.

“Aberdeen City Council is driving unprecedented transformation in our city and the projects supported by the deal will have an important part to play in our vision. We are in the midst of delivering ambitious £1billion capital programme which will improve opportunities for individuals and businesses in Aberdeen, whilst providing a solid foundation for the region as a whole.

“Innovation and diversification are at the heart of Aberdeen City Council’s plans and both of those qualities run through the City Region Deal’s themes. We are already established on the world stage but must work hard to build on that position – and the evidence of that commitment to progress can be seen throughout the city.

“Our City Centre Masterplan and Strategic Infrastructure Plan are just two examples of the way in which we are creating positive change, but we recognise Aberdeen City Council cannot act alone. We must embrace the opportunities presented by the City Region Deal and look forward to delivering projects which will ensure the maximum return for the £250m of funding it brings.”