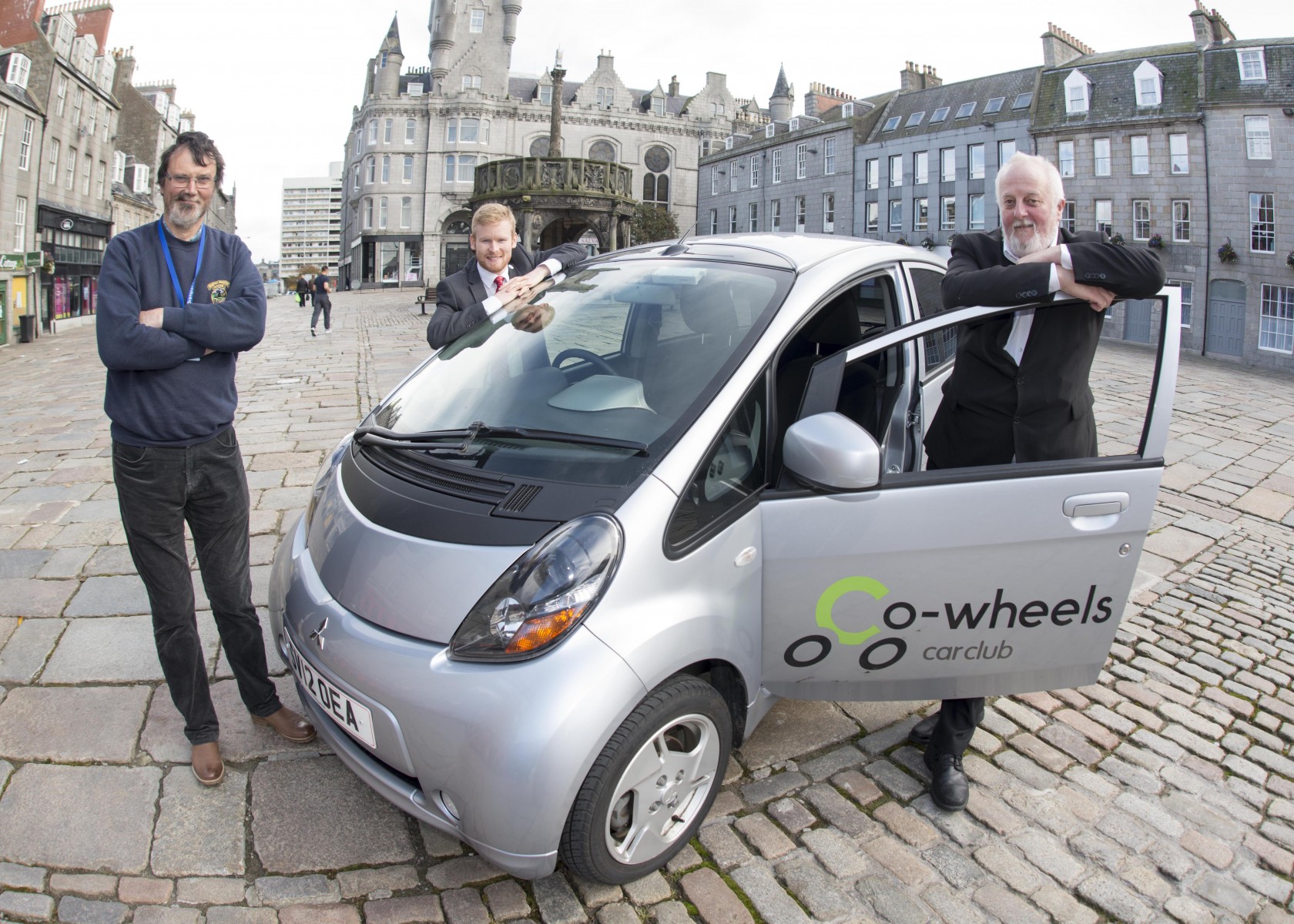 Scotland's first electric car club car has been gifted to a transport museum and will star in an exhibition next year.

The car, which is 100% electric and has zero tailpipe emissions, joined the Aberdeen Car Club fleet which is operated in the city by Co-wheels and is a pay as you go car rental scheme. This initiative has proved popular and Aberdeen now boasts 20 electric vehicles in its car club along with five hydrogen vehicles.

Cllr Grant said: “The Aberdeen Car Club has been a fantastic success to help people to use a sustainable transport option when they need a car but don’t want the cost or upkeep of their own vehicle.

“We were the first to offer an electric car club vehicle in Scotland so it’s great Grampian Transport Museum is going to take the car on now that it’s reached an age where it’s no longer needed in the fleet.

“It is fantastic the museum is going to hold the exhibition as we are keen to encourage people to think about using alterative forms of transport other than using a private car.”

The car will play a large part of an exhibition about electric vehicles at the museum next year as it was the first electric car to be used in a Car Club in Scotland after it was purchased by Aberdeen City Council in 2013.

Grampian Transport Museum curator Mike Ward said they were pleased to receive the vehicle: "As a charity, the museum is always pleased to receive donations of vehicles, especially locally-significant ones that demonstrate forward thinking transport initiatives in the north east of Scotland.

“This particular vehicle is of particular interest to us as we are launching a special exhibition next year about the future of motoring which will feature a large section about electric vehicles.

“Mitsubishi have already provided us with information and educational videos about this particular car so being able to feature the vehicle alongside these will be very exciting.”

As part of the donation, the vehicle will now become part of the Distributed National Collection of Scotland.

The Mitsubishi I-MiEV was purchased by Aberdeen City Council in March 2013 using a grant from the Scottish Government to fund initiatives to improve air quality in the city.