Youngsters have been sharing their vision of the city centre as part of community project to mark the start of the transformation of Union Terrace Gardens (UTG).

Third Year pupils at Harlaw Academy were asked to model new elements of the park.

The schools project was led by Community Benefits Advisor John Cairns from Balfour Beatty – the contractor appointed by the Council to carry out construction – along with art teacher Nikki Nairns and Heather Paterson, Harlaw’s head of technology.

Over the course of four sessions, five teams of eight pupils worked to complete two challenges after first learning about the redevelopment of UTG under the City Centre Masterplan (CCMP).

The first task was to build a small-scale model of the Burns Pavilion using materials such as balsa wood, foam boards and card. Pupils were also asked to craft a feature they would wish to see included in the community garden space.

Councillor Boulton said: “In bringing forward plans for Union Terrace Gardens, the Council and LDA Design listened to the views of the school pupils – so it was fantastic to discover that the enthusiasm of our youngsters is continuing to grow now the project is under way.

“We were hugely impressed by all of the groups. From the detailing of the pavilions to the inventiveness of their own designs for the Community Garden, it’s clear that the next generation is ready to make UTG their own.” 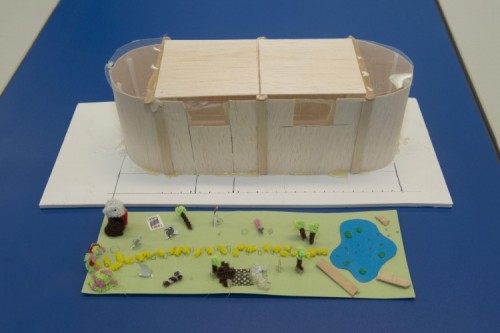 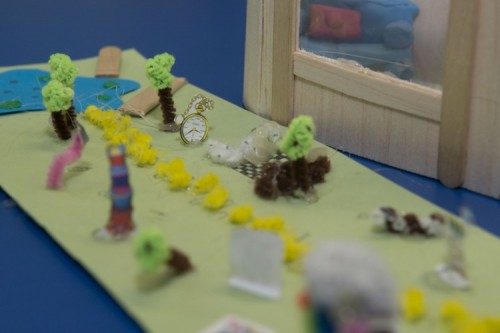 Pupils’ ideas included using solar power for the pavilion offering a Japanese garden as place where visitors could “chill”.

The winning team – whose members received certificates and water bottles – proposed combining eating and event space in the pavilion and adding a Yellow Brick Road to the Community Garden (above).

“We were going to have a pebble path but decided to make it a Yellow Brick Road, with lines from fairy tale books on the bricks – to bring back memories.”

Fellow team member Nico Ibba added: “We designed the pavilion to capture lots of sunlight and used plastic to represent glass in the model.

“There would space for a coffee but also for events, so you could watch drama or comedy or just enjoy the view.”

Part of the goal was to encourage youngsters to develop new skills and to consider potential career paths.

Mr Petrie said: “This is a tremendous initiative which has resulted in the young people of Harlaw Academy deploying problem-solving, teamwork, collaboration and their imagination throughout their time spent formulating their plans.

“These qualities are critical in the future workforce and I am really impressed by the quality and depth of engagement and outcomes this project has delivered. I hope that we have created some engineers of the future as a result of this work.”

Mrs Young added: “It’s great to see Harlaw Academy and Balfour Beatty coming together to work on a local project to give young people a chance to work to a brief, develop their skills in design and construction and work as part of a team.”

Harlaw head teacher David Innes said: “We’re grateful that pupils were given a practical activity to do, highlighting careers in engineering and construction in the local area.

“This was also a great chance for our art and technology departments to work together on a creative project.”

The exercise is due to be repeated with pupils from Aberdeen Grammar School.

Artist's impression of the Burns pavilion below. 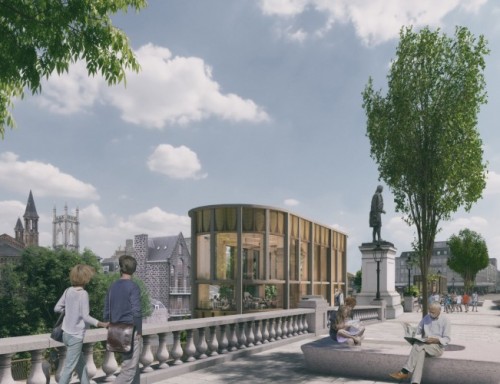