An historic napkin from 1906 commemorating a visit by King Edward VII and Queen Alexandra to Marischal College has gone on public display at the Town House in Aberdeen.

The paper doily was gifted to Aberdeen City Council by John Duffus in memory of his parents, Dr G M Rae Duffus and Mrs. Marjorie Duffus, who stayed on Fountainhall Road.

John was educated at Robert Gordon’s College – where he was School Captain and Otaki Scholar in the Year of 1964 – and graduated from the University of Aberdeen with a First Class Honours degree in Music.

He found the framed doily in an antiques shop in Montrose more 40 years ago.

Soon after, he moved to Asia where he worked in Hong Kong, Tokyo and Thailand, developing a career as one of the continent’s most experienced arts promoters, presenting headline artists like Luciano Pavarotti and Dame Kiri Te Kanawa.

At each move the doily travelled with John (below). 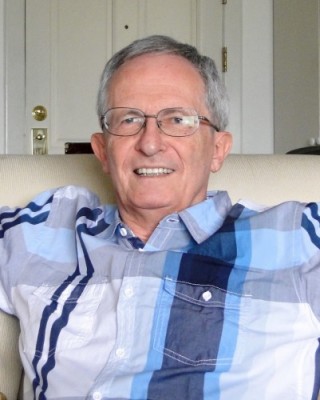 Speaking from his present home in Bangkok, he said: “I was terrified that the doily might get damaged either when I wrapped it – always extremely carefully – or in transit, so I am thrilled it arrived in Aberdeen in one piece and can now be displayed as part of the city’s history.

“I bought the doily as a souvenir of the three Easter vacations I spent rehearsing the University’s Student Shows in the Marischal gymnasium, of which I have fond memories.”

John had always wanted to return the doily to Aberdeen – not knowing if others existed – and took the opportunity to hand deliver it while visiting family in Scotland.

Construction of the current Marischal College started in the 1830s and a second phase was completed in 1906.

The napkin describes the royal couple’s itinerary for the day – leaving Ballater by train at 11.15am, arriving to a 21-gun salute at Holburn Street Station, and travelling by Royal Carriage to Marischal College.

After the opening ceremony they proceeded to the Town House where a Guard of Honour of the 3rd Battalion of Gordon Highlanders was mounted. 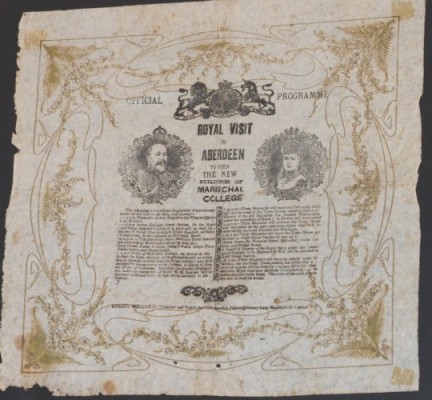 Some 113 years after the royal visit, the treasured napkin (above) has gone on display in the Town House reception as a new acquisition for the Civic Collection.

“That such a fragile memento of the royal visit should have survived and made its way back to Aberdeen is a testament to the care shown by Mr Duffus and his enduring affection for his home city.”

Other items in the Civic Collection include chains of office and artworks given by visiting foreign leaders.