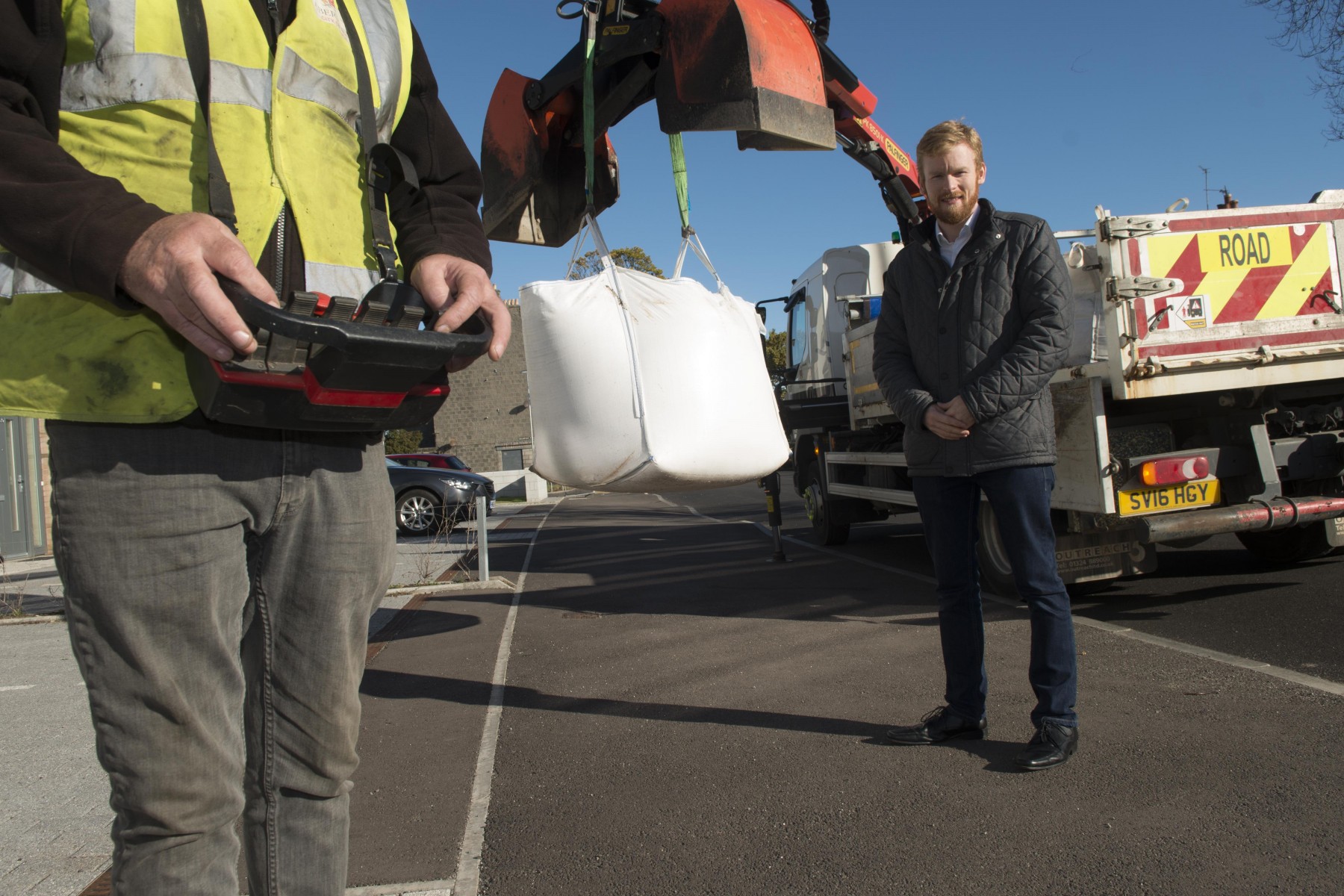 Residents across Aberdeen were today encouraged to get a free community salt bag which they can use to treat icy roads and pavements in their neighbourhood with a deadline for applying of 1 November.

The scheme is designed to help communities help themselves as winter starts, with colder temperatures forecast to hit the city next week.

Salt for the scheme which was used to produce traditionally-prepared smoked salmon have again been donated by award-winning smoked salmon producer John Ross Jr. The move provides the City Council with ready access to a cleaner salt than previously used and means it no longer needs to buy salt for the community bags.

In addition to the one-tonne community salt bags, residents will this year for the first time also be able to access big community salt bins which are being placed in strategic locations around the city.

There are 14 confirmed locations for the big community salt bins with some more to be announced in the coming weeks.

Aberdeen City Council transport spokesman Councillor Ross Grant said: "Preparations for the winter have been underway for weeks and we have a dedicated workforce of 90 people to cover 24/7 operations on our roads and pavements.

“Our team do their best under challenging conditions and often go above and beyond their duty to keep the city moving, but unfortunately our staff can't be everywhere all the time - there are 560 miles of roads in Aberdeen, slightly more than the distance from the city to London, and there are 1,242 miles of pavements.

"As we implement our plans to keep the city moving during wintry spells, we have worked hard to create as many opportunities as possible to enable communities to help themselves and help their neighbours.

“The self-help one-tonne community salt bags scheme has been very popular and this year we have an early cut-off date for people to apply for them, so that the council has time to ensure they are delivered in time. The introduction of our new community salt bins, strategically positioned across the city, gives people another chance to support the wider efforts.

“Obviously, we hope there won’t be a harsh winter but it’s good for everyone in our communities to be as prepared as possible.”

Any groups which would like a one-tonne bag should apply online  before 1 November. The community salt bags are delivered free of charge, are replaced as necessary, and are removed at the end of winter.

More information about winter maintenance from Aberdeen City Council is available from www.aberdeencity.gov.uk/winter/

Picture caption: ACC transport spokesman Cllr Ross Grant with one of the first one-tonne community salt bags to be delivered in Aberdeen for the on-coming winter.