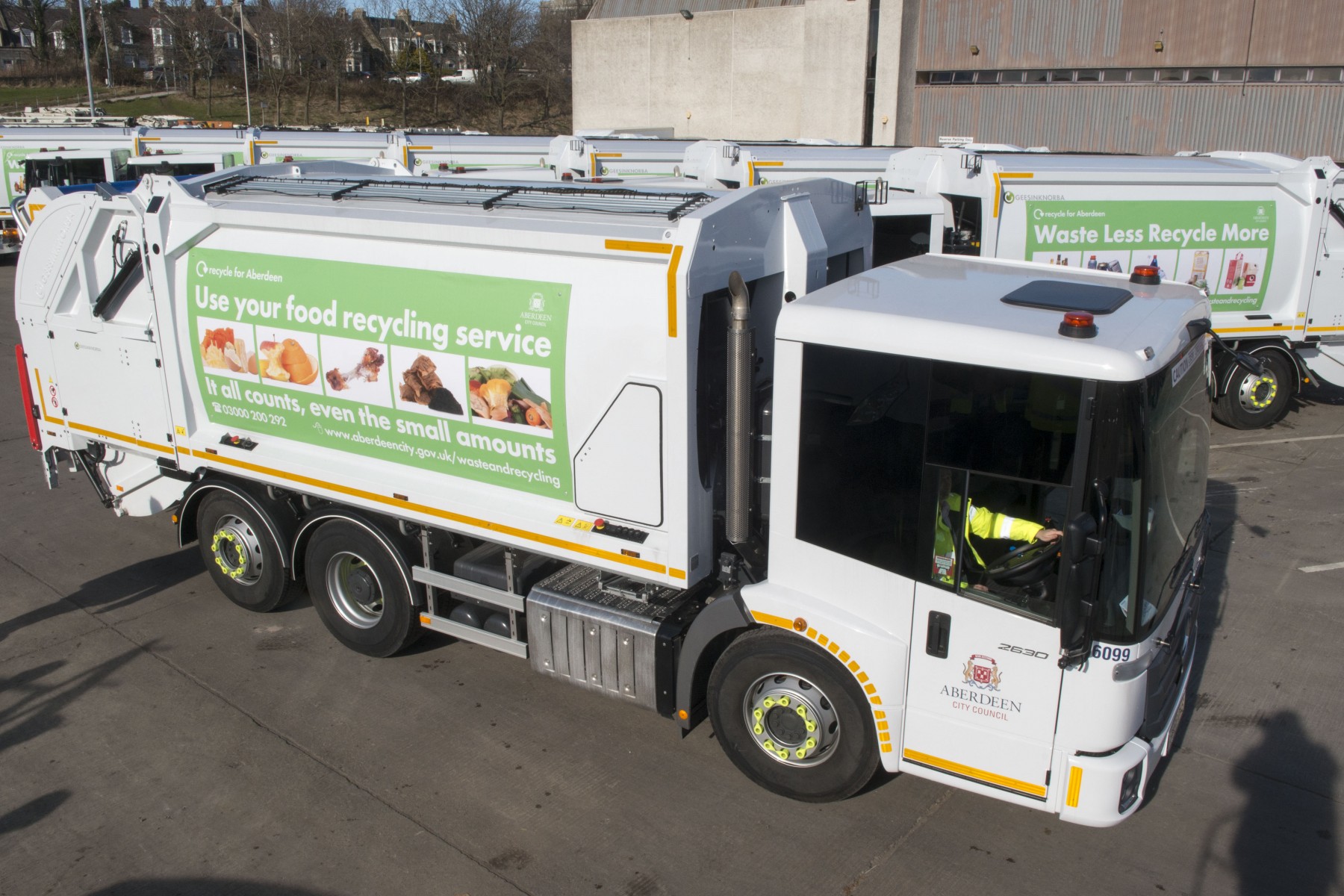 Residents were today encouraged to continue to keep recycling as latest figures show Aberdeen has again had an increase in its recycling rate despite the overall recycling rate for Scotland having fallen slightly.

The official figures from SEPA came out just before national Recycle Week which this year has the theme ‘are you feeding the right bin’.

During Recycle Week which runs until Sunday (29 September), householders are encouraged to use food caddies to dispose of peelings, egg shells, tea bags, and any uneaten produce. Scottish households throw away 600,000tonnes of food waste every year and currently only 55% of households recycle their food waste.

The campaign is in response to the damaging impact food waste can have on the planet. When sent to landfill, food waste releases methane, a dangerous greenhouse gas many times more potent than carbon dioxide in the short term.

An Aberdeen City Council spokeswoman said: “Our residents have been doing a fantastic job of continuing to increase the amount we recycle and we’d want to encourage them to do more as there is still room for further improvement.

“Food waste should go into a food caddy and then into your brown bin, street food bin, or can be composted at home, and many other household items such as paper, card, cans, plastics and glass can either go into your household recycling bin or the communal blue lidded recycling bins located in streets or at recycling points such as supermarkets.

“Well done to our residents for helping to increase recycling numbers and we hope everyone will do even more to keep the figures rising every year.”

Information about what can and cannot be recycled, and what you can put into a food caddy, can be found at https://www.aberdeencity.gov.uk/services/bins-and-recycling.