Rare film footage of a pioneering flight from Aberdeen to Norway will be among material exhibited at a new attraction in Aberdeen.

The historic Provost Skene’s House (PSH) is being redeveloped under Aberdeen City Council’s City Centre Masterplan to tell the stories of local people who helped transform the wider world.

Preparations are also under way for a major renovation, which will include re-slating the roof, replacing rotting timber and damaged stone, and replacing cement mortar with traditional lime mortar.

The attraction will showcase the achievements of more than 100 remarkable individuals, ranging from Nobel laureate Lord Boyd Ord (who helped establish the city’s world-renowned Rowett Institute of Nutrition and Health) to operatic soprano Mary Garden (one of entertainment’s first superstars) to football legend Denis Law. 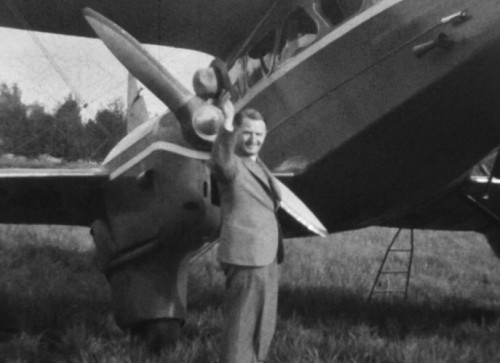 Those celebrated will include Eric Gandar Dower (above), a former RAF pilot who in the 1930s established Aberdeen Airport at Dyce.

On May 29, 1937, his firm Allied Airways flew to Stavanger to mark the official opening of Sola Airfield, paving the way for a commercial air service between Britain and Norway and eventually new routes across the North Sea.

Dower and his wife Caroline Brunning joined Captain Eric Starling, engineer Cecil Goodall, and radio operator Alec Milne aboard a DeHavilland Dragon Rapide. The year before, Dower had driven to Norway to personally deliver his flight application to King Haakon VII – a trip that took rather longer than the two-and-a-half-hour flight.

Silent film footage unearthed in the collection of Aberdeen Art Gallery and Museums shows scenes of the opening of Sola Airfield and of a reception at a villa owned by the Olsen (shipping) family.

Councillor Marie Boulton, the Council’s lead on the City Centre Masterplan, said: “Aberdeen and the North-east has over the centuries been home to an incredible range of pioneering talent.

“Eric Gandar Dower displayed traits common to many who will be honoured at the new Masterplan attraction – vision, belief, determination. He overcame challenges and carried people with him.

“Preparations are also under way to conserve and improve the fabric of Provost Skene’s House ahead of its conversion into what will be a fascinating and inspirational new attraction.”

Today, Aberdeen International Airport is owned by AGS Airports and currently flies to 50 destinations, including three in Norway – Stavanger, Bergen and Oslo.

Aberdeen International Airport Managing Director Carol Benzie said: “We are very proud that the achievements of Eric Gandar Dower, the founding father of the airport, are to be showcased as part of the redevelopment of Provost Skene’s House.

“From its origin in 1934 the airport has evolved considerably and now in 2018 serves over three million passengers.”

Provost Skene’s House, on Guestrow, is scheduled to open in early 2020. Studioarc, which is designing the new attraction, is currently sourcing artefacts and memorabilia as well as creating bespoke audio-visual displays.

Sports kit worn by rower Katherine Grainger and canoeist Tim Baillie on their way to respective golds at the London 2012 Olympic Games will be on display.

Visitors will be able to view the original manuscript for Cold Granite, the debut novel by best-selling crime author Stuart MacBride, and listen to an excerpt read by Stuart. 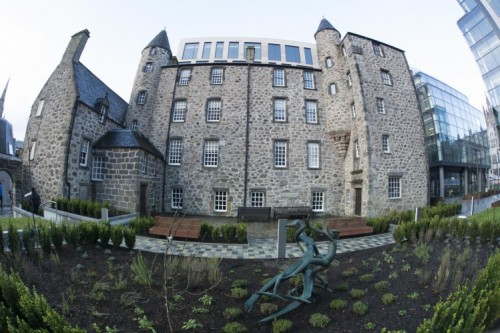 Provost Skene’s House (above)  – which dates from 1545 – was named after one of Aberdeen’s most famous residents, Sir George Skene, a merchant who pioneered trade with the Baltic nations. Provost Skene will be represented at the new attraction.