Public consultation to start on Bridge of Dee access 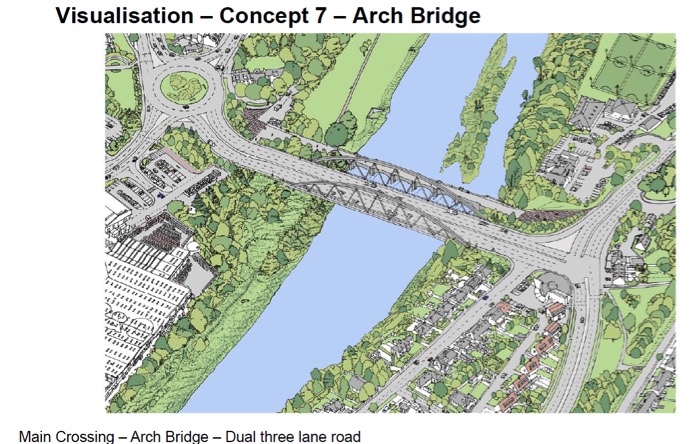 A month-long public consultation is to start next week to investigate capacity issues and potential opportunities to the existing transport network in the Bridge of Dee area of Aberdeen.

The aim of the consultation is to engage with the public on the options being considered, obtain feedback, and report findings as part of the Scottish Transport Appraisal Guidance (STAG) Part 2 Assessment.

Aberdeen City Council Transport and Regeneration spokesman Councillor Ross Grant said: “The Bridge of Dee has long been a bottleneck for motorists so it is important that this project is moving on.

“Along with the other major infrastructure projects Aberdeen City Council is investing £150million including the AWPR, the Third Don Crossing, the A96 Park and Choose and Airport Link Road, and the Berryden Corridor, this scheme should make a big difference transforming connectivity for residents, commuters and visitors getting around the city.

“We would encourage as many people as possible to look at the proposals and let us know what they think either through the website or during the exhibitions.”

The following existing and potential future traffic issues were identified in Bridge of Dee area:

The study identified the following objectives against which proposed options are to be measured:

Three options have been identified which meet the above objectives and have been developed in consultation with stakeholder groups. These options are to be available to view at the two exhibitions, and also on the City Council’s website from 17 May.

Concept 6: A new upstream crossing is proposed with junction improvements; a new shared use cycleway/pedestrian bridge crossing adjacent to the existing Bridge of Dee; a new dual carriageway link road between Garthdee Road and A90 Stonehaven Road including the new crossing; improvements to Garthdee Road to allow two lanes in each direction; and the widening of the existing Bridge of Dee road carriageway to enable HGVs and public transport to utilise this route.

Concept 6B: Contains all the elements of Concept 6 with the addition of a new link road between Inchgarth Road and A93 North Deeside Road.

Concept 7: A new adjacent crossing is proposed with junction improvements and a new single carriageway link road between Leggart Terrace and A90 Stonehaven Road. The existing Bridge of Dee will become a dedicated non-motorised user facility.

The exhibition material is available to view on the Aberdeen City Council website in the current consultations section, under “Access from the South (Bridge of Dee)” or www.aberdeencity.gov.uk/transport_streets/roads_pavements/transport_projects/roa_access_from_south_home.asp

Public consultation to start on Bridge of Dee access