Designs for gateway sculptures marking the new Broad Street public realm space have been drawn up by the city’s creative talent.

Students from North East Scotland College (NESCol) were invited to bring forward ideas for the City Centre Masterplan project. The arts element is part of the approved Broad Street works and is being funded from the Sustrans Scotland’s Community Links programme.

The winners were announced today [November 28, 2017] after judging took place at the College’s city campus on the Gallowgate in Aberdeen.

In all 28 students from The City Campus and nine from The Fraserburgh Campus submitted proposals for the four pieces, which will be approximately 1.5 metres high.

The winners, all first year HND students studying Art and Design at the Aberdeen campus, were:

Councillor Marie Boulton, the Council’s lead on the City Centre Masterplan, said: “Broad Street promises to be a fantastic new public space when it is completed and the students’ designs will further strengthen its identity.

“We will continue to harness the skills and creativity of the wider community as individual City Centre Masterplan projects come forward, and working in partnership with NESCol and others on the Broad Street artwork is perfect of example of what can be achieved.”

“The designs were selected on the basis that they represented Aberdeen’s diversity and vibrancy. We are all now waiting with bated breath to see the final pieces that should be ready for installation in Spring 2018.” 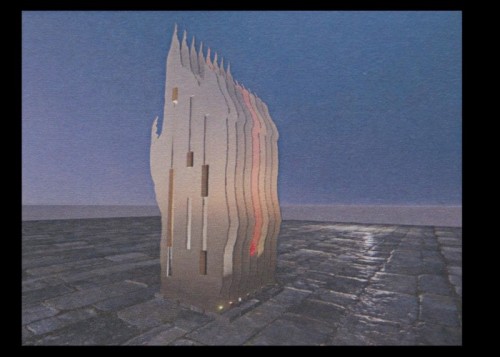 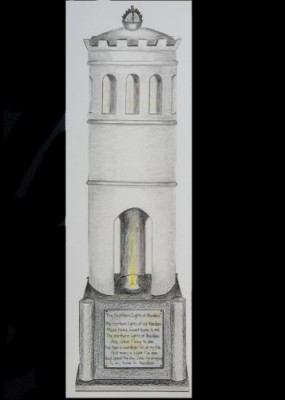 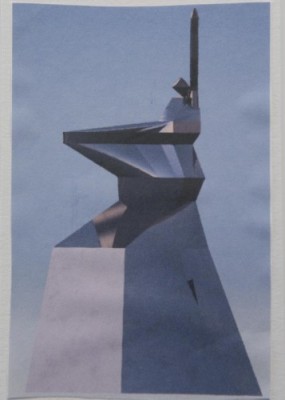 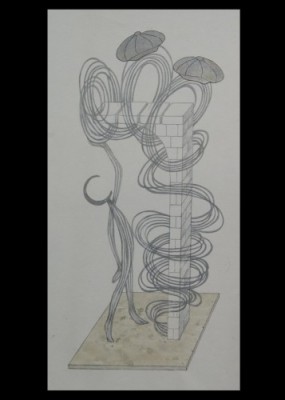 One of the winners, Margaret Brown, from Aberdeen, said: “It is a fantastic project to be involved in. I think people often don’t realise how much Aberdeen has to offer. The new development will appeal to many people and I can’t wait to see all of our creations on display.”

Another winner, Sarah Calder, from Oldmeldrum, said: “I was really shocked when I realised that the judges had chosen my work as one of the four winners because the standard was so high across the board.”

The conceptual drawings will be refined in the months ahead and the College’s engineering students will manufacture the pieces at the Fraserburgh campus.

The £3.2 million Broad Street project, which is due for completion in the New Year, will be open to pedestrians, cycles and buses only. The design includes a water feature, trees and benches, improved lighting, and a raised grass area offering flexible event space in front of Marischal College.