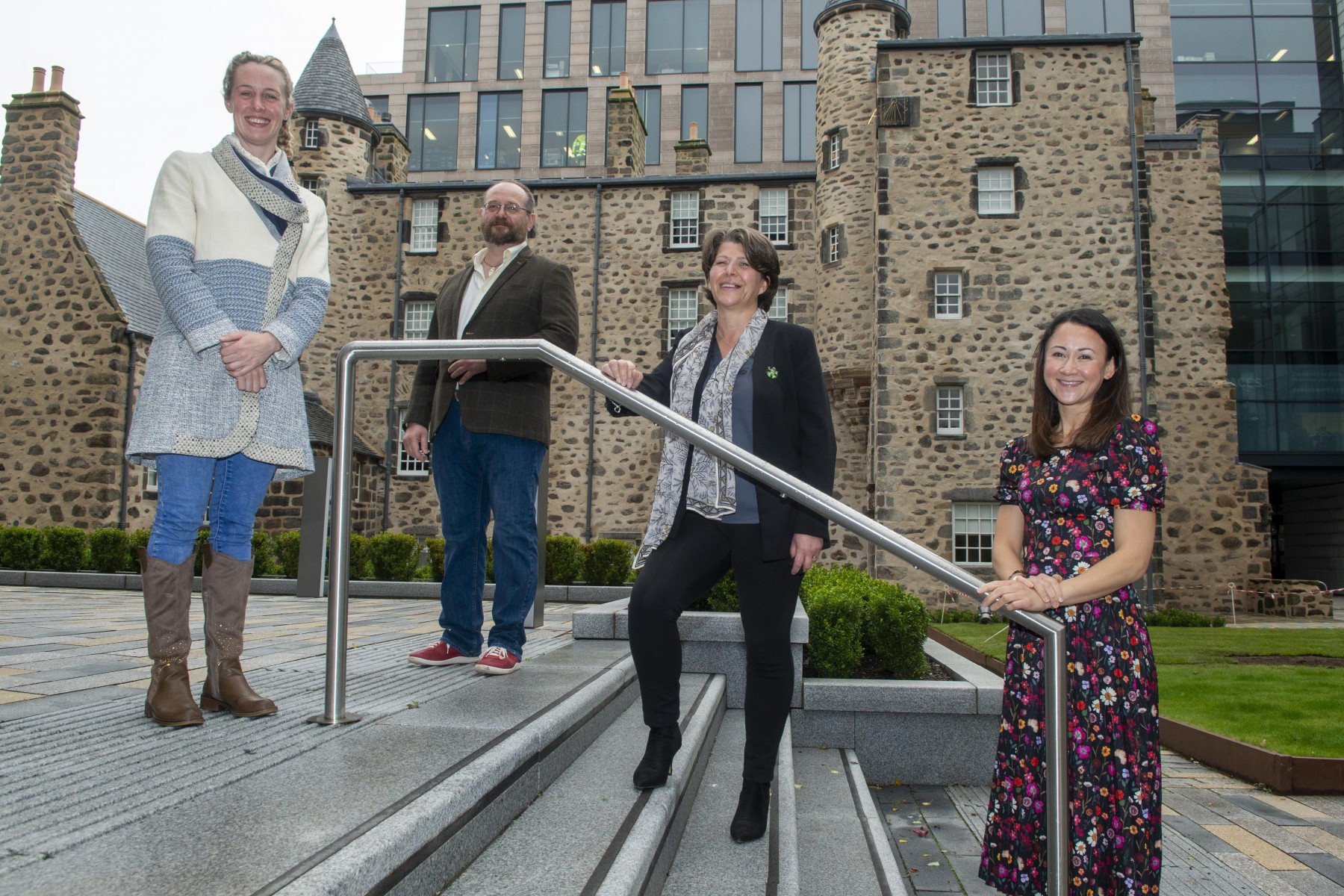 Over 100 pioneering people from Aberdeen and the North-East who have helped to transform the world are celebrated in Provost Skene’s House, a new £3.8m city-centre visitor attraction which opens to the public on Saturday 9 October.

Aberdeen’s oldest surviving townhouse, which dates from 1545, has undergone extensive refurbishment and new innovative interactive displays combine imagery, text, audio, video and hands-on activities as well as a selection of artworks and historic objects to highlight the achievements of remarkable individuals, from scientists to sporting champions and stars of stage and screen. They are entrepreneurs, entertainers, scientists, artists and sporting champions. To give you a flavour - they include astronomer Sir David Gill, who mapped the stars; operatic soprano Mary Garden, one of entertainment’s first global superstars; Nobel laureate Lord John Boyd Orr, who helped improve nutrition across the globe; Dame Katherine Grainger, Britain’s most decorated female Olympian; and Robert Thomson, inventor of the pneumatic tyre.

Everyone featured in the displays was either born, lived or worked in Aberdeen or the North-East of Scotland. The displays explore 10 themes and celebrate historic and contemporary figures who were chosen by public vote and a steering group made up of representatives of many organisations and individuals, including Aberdeen City Council (Archives, Gallery & Museums), the University of Aberdeen, Robert Gordon University, and the business and cultural community. 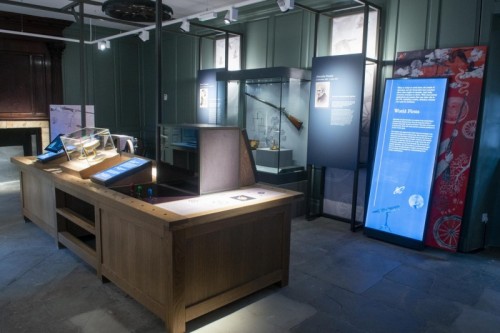 In addition, a Hall of Heroes references 10 individuals chosen by public vote, the results of which were announced in 2017. One person will “leave” the Hall of Heroes and one person will be added every 12-18 months, as a result of an ongoing public vote, captured in the Access Gallery on the ground floor and in the Tomorrow’s Heroes gallery on the top floor. The people featured in the first iteration of the Hall of Heroes are Bishop Elphinstone and Stuart MacBride (Wizard Wordsmiths), Denis Law and Sir Alex Ferguson (Sporting Champions), Scotland the What – George Donald, Buff Hardie, Steve Robertson and Annie Inglis (Super Stars), Dame Evelyn Glennie and Annie Lennox (Musical Maestros), Mary Baird and Dugald Baird (Scientific Saviours).

Councillor Jenny Laing, Leader of Aberdeen City Council, said: “The opening of Provost Skene’s House is another welcome milestone in Aberdeen’s Covid-19 recovery. The people celebrated in the new visitor attraction have helped to transform our world, whether with an important scientific breakthrough such as the discovery of insulin 100 years ago, or staggering sporting achievements at the very highest levels of performance. We owe them all a debt of gratitude for their discoveries, their passions and their talents, and for reminding us how much pride we can take in our great city and all it has given – and continues to give – to the world.”

Councillor Ryan Houghton, Convenor, City Growth and Resources committee, said: “I am thrilled to see Aberdeen’s oldest surviving town house given a vibrant new lease of life and an exciting new focus following this major refurbishment. But while a city’s buildings and landscape are important, more than anything it is a city’s people who give it its character and culture. The remarkable individuals whose stories are told in this must-visit attraction were born, lived or worked in the city-region. Provost Skene’s House provides the perfect setting for this celebration of the pioneering people who have not only shaped the city of Aberdeen, but changed the world. It’s open every day and it’s free to visit – perfect if you’re a local resident looking to rediscover Aberdeen’s rich heritage, or visiting the city for the first time.”

Councillor Marie Boulton, Convenor, Capital Programmes committee, said: “With the opening of Provost Skene’s House the City Centre Masterplan moves a step closer to achieving its ambitious 25-year vision for the transformation of Aberdeen city centre. Provost Skene’s house encapsulates some of the key aims of the City Centre Masterplan including conserving the city’s proud heritage, celebrating what makes Aberdeen culturally distinctive and changing perceptions of the city centre. I congratulate everyone who has worked on this project for their specialist skills and expertise demanded by this unique historic property, which has now been conserved and made good for the future generations of residents and visitors to explore and enjoy.” 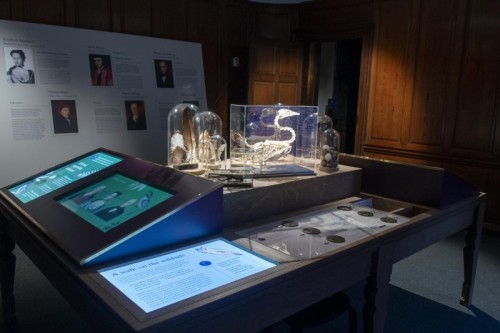 Jo Robinson, VisitScotland Regional Director, said: “Provost Skene’s House is a fascinating new attraction which will appeal to visitors of all ages following its amazing refurbishment. It celebrates the brilliant people that have helped shape Aberdeen and the North-East into the vibrant city-region we know today – and it is another string to its bow as a great leisure destination. It is so important that we continue to invest in tourism. It is a force for good, creating economic and social value in every corner of Scotland and enhancing the wellbeing of everyone who experiences it. As well as representing a huge source of pride for local people, Provost Skene’s House will be a cultural highlight for visitors to the city, and a very welcome addition to our growing tourism offer.”

Triple Olympian and Commonwealth Champion swimmer Hannah Miley said: “I’m proud to be included in the Sporting Champions display at Provost Skene’s House. I believe that the key to success in my swimming career is never giving up and always trying to find the positive in everything, as well as not being afraid of doing things differently. Looking at the other amazing people featured in the new attraction, I’m clearly in good company!”

Illustrator Johanna Basford, whose colouring books for adults have achieved sales of over 21 million in over 40 countries worldwide, is featured in the International Trailblazers section of Provost Skene’s House. She said: “The North-East of Scotland has been home to some truly inspirational men and women. My childhood spent in rural Aberdeenshire fuelled my imagination and my love of nature. I grew my career as an illustrator through hard work and determination, and it’s an honour to be in the company of such remarkable local people who have had a positive impact on the world we live in.”

Writer Stuart MacBride, author of the Logan McRae crime thriller novels set in the Granite City, said: “I love that Aberdeen has taken an important historical icon like Provost Skene’s House and used it to celebrate the North-East’s achievements and the people who’ve made the area what it is, both past and present. It’s very easy to take your hometown for granted, and be completely unaware of all the cultural, industrial, medical, and scientific contributions that this part of Scotland has given to the world. We’ve got to where we are through the hard work, determination, talent, and imagination of the people who live here – and I’m really glad that we’re proudly shouting about it.”

Opening hours will be Monday-Saturday 10am-5pm and Sunday 11am-4pm. Admission is free.