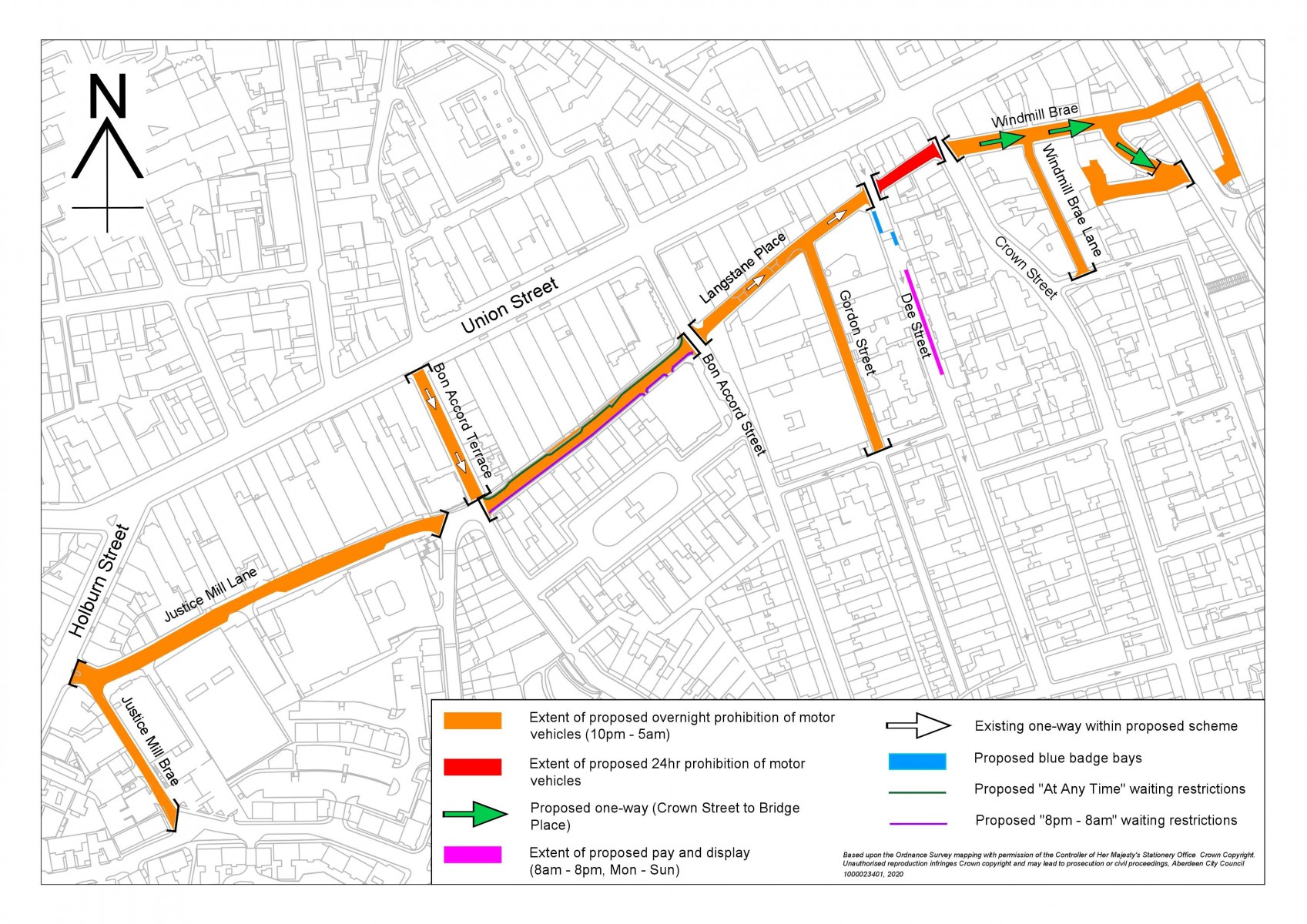 Aberdeen City Council is proposing a ban for vehicles overnight on several streets in the west end of the city centre.

The ban would apply to motor vehicles from 10pm to 5am, seven days a week, on certain lengths of Justice Mill Lane, part of Bon Accord Terrace, part of Langstane Place, part of Gordon Street, Windmill Brae, Windmill Lane, Bath Street, and part of Bridge Street.

There would be exemptions for cyclists, emergency service vehicles, vehicles displaying a blue badge and also any vehicle accessing an off-street car parking area directly adjacent to the affected roads.

The proposed ban comes after previous work with city centre groups with the aim make the streets a safer more welcoming environment.

Anyone wishing to object to the proposed order under the Road Traffic Regulation Act 1984 should send details of the grounds for objection, including their name and address, in writing to trafficmanagement@aberdeencity.gov.uk from 20 January to 10 February 2020. Any comments received will be included within a report to the operational delivery committee and will therefore be publicly available for others to view.