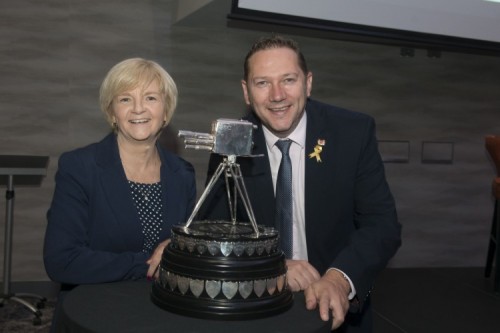 The response from audiences to the launch of The Event Complex Aberdeen has been praised by Aberdeen City Council leaders as tickets for the latest major event to be staged at the new venue are snapped up.

Seats for the BBC Sports Personality of the Year 2019 were released at 9am this morning as the city prepares to host the event for the first time in its history.

More than £330m was invested by the Council in TECA, with the P&J Live events space at its heart, with the aim of enabling Aberdeen to compete on the world stage in the entertainment and conference sector.

Since the official opening in August the complex has welcomed 38,000 visitors to Offshore Europe and hosted a string of big-name acts, including last weekend’s spectacular Alice Cooper show.

BBC Sports Personality of the Year will take place on 15 December in front of an audience of 10,000. Alongside the main event, the inaugural BBC Festival of Sport will take place in Aberdeen on 13 and 14 December, offering taster sessions.

Councillor Douglas Lumsden, Co-Leader of Aberdeen City Council, said: “When we launched TECA we spoke of our pride in what is a world class venue – we are already seeing the benefits of that with the attraction of world class events. To host BBC Sports Personality of the Year is a great honour for the city and a fantastic endorsement of the facilities we now have. We look forward to welcoming the world of sport to the city and showcasing all that Aberdeen has to offer as well as celebrating the region’s sporting heritage.”

Co-Leader Councillor Jenny Laing added: “There has been great interest in tickets for BBC Sports Personality of the Year 2019 since details were confirmed and I’ve no doubt the Aberdeen public and visitors from further afield will snap up seats just as quickly as they have for the major shows that have been hosted in the arena already. There’s been a wonderful buzz around these events and already we’re seeing the significant investment we have made in the complex being repaid. In addition the packed programme of dates holds for local residents, TECA will have major economic benefits for the regional economy now and for decades to come.”