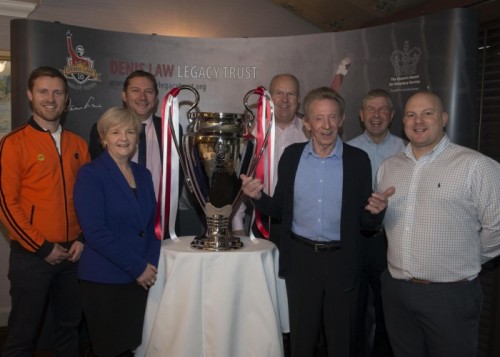 The preferred location for Aberdeen’s second Cruyff Court has been announced – with Tullos in line to benefit from the £300,000 community facility.

Aberdeen City Council, the Denis Law Legacy Trust and the Cruyff Foundation are working partnership to lead the project.

The Cruyff Foundation today (24 November) announced a £50,000 funding award for the project, adding to the £250,000 set aside in the Council’s capital plan.

Cruyff Court Denis Law, delivered by the same partners, became the first facility of its type in Scotland when it was opened in 2017 and plans for the second site have taken a significant step forward.

There are more than 240 Cruyff Courts in more than 20 countries worldwide, offering young people a modern and safe space to play, designed to encourage participation in a range of sports and also a place where they learn about respect, responsibility, and integration

The Denis Law Legacy Trust spearheaded the introduction of the concept to the North-east with support from the Foundation and Council. Aberdeen’s first Cruyff Court, on Catherine Street, has been hugely popular and includes sessions delivered as part of the Trust’s award-winning Streetsport programme.

The success has provided the springboard for plans for the second Cruyff Court and Council-owned playing fields adjacent to Tullos School have been identified as the preferred location following consultation with the community and project partners. The project is subject to approval by relevant Council committees next year.

“I grew up kicking a ball on the streets of the city and without the wonderful facilities now on offer through the Cruyff Foundation. My message to youngsters in Torry is: the new Cruyff Court will offer you a great opportunity to become a better citizen. Grab that opportunity and make yourself fitter and healthier and ready to tackle the world.”

Councillor Jenny Laing, Co-Leader of Aberdeen City Council, said: “We were incredibly proud to open Scotland’s first Cruyff Court and to honour two legends of world football in the process. Denis is Aberdeen’s most famous sporting son and, as we saw when he was awarded the freedom of the city last year and thousands lined the streets, his impact spans the generations.

“It is exciting to be in a position to push forward with the plans for a second Cruyff Court, particularly given the impact the first has had since its launch. Aberdeen City Council is pleased to be investing in the second facility and we welcome the Foundation’s funding support.

“The Council shares common aims with the Denis Law Legacy Trust and the Cruyff Foundation when it comes to providing young people with opportunities to embrace sport and outdoor play, so it is a partnership built on strong foundations. The Cruyff Court model has been a global success and the passion Denis and the Trust have for the concept has been vital in bringing the Cruyff vision to life in Aberdeen.”

Graham Thom, chairman of the Denis Law Legacy trust said: "This is another significant step for the Denis Law legacy trust-back Streetsport initiative and we continue our efforts to take sport into the heart of communities and engage with young people in a way that will help them on a number of fronts. The new facility in Tullos will, we believe, prove meaningful for that part of Aberdeen and we hope the people there will recognise its importance for the wellbeing of a wide range of residents.”