Pioneering Egyptologist to be celebrated at new Aberdeen attraction

She wrote a guidebook to Cairo Museum for soldiers stationed in Egypt during the First World War, produced another covering the pyramids of Giza, and lived for a time in a mummy’s tomb...

But then Annie Pirie Quibell – artist, academic and adventurer – always had the makings of a trailblazer.

Born in Aberdeen, she was one of the first women to enroll on a new Egyptian Archaeology course at University College London in 1892 and was later chosen as one of only two female students to join an excavation team at Saqqara in 1895.

Now Annie’s own history is to be documented at a new visitor attraction being developed by Aberdeen City Council.

She will be among more than 100 remarkable individuals whose global influence will be showcased in Provost Skene’s House, which is being renovated and refurbished.

Work started today on the £3.8 million City Centre Masterplan project, scheduled to be completed by autumn 2020.

The site is being made secure prior to the erection of scaffolding to allow work to be carried out on the roof, walls and windows. Mapping for electrical circuits is taking place inside and border plants will be removed and stored before being returned to their original positions. 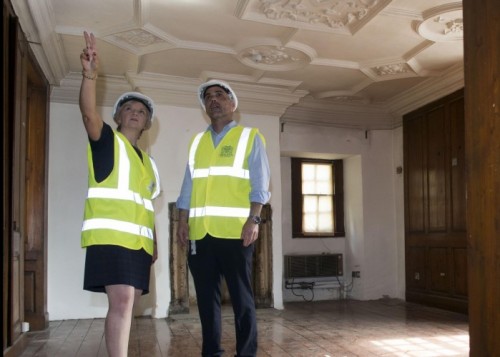 Council Co-Leader Councillor Jenny Laing (above, left, with Contract Manager Paul Clark) said: “Work is under way to conserve one of Aberdeen’s best-loved buildings ahead of giving it a new and exciting role in city life.

“Provost Skene’s House will become a treasure trove for stories like Annie Quibell’s, some stretching back centuries, others celebrating our continuing influence on the wider world.

“Our cultural, heritage and tourism offering continues to grow, with the launch of P&J Live nearly upon us, Aberdeen Art Gallery re-opening in autumn, and Union Terrace Gardens about to undergo its own transformation.”

Annie (1862-1927) will feature in the International Trailblazers section.

The daughter of an Aberdeen academic, Annie had trained as an artist – exhibiting at the Scottish Royal Academy – before moving to London to pursue her interest in archaeology.

In Egypt she met James Edward Quibell, of the Egyptian Antiquities Service, while they reportedly both battled food poisoning during a dig.

The couple married in Aberdeen in 1900 and spent their lives working together, the pair at one point adopting an Egyptian tomb as their home.

In “A Wayfarer in Egypt”, published in 1925, Annie wrote: “Of all the different dwelling places, give me, for choice, if not too long a time, a good tomb... The shafts at the bottom of which the real burial is, sometimes still gape in the floor and one has to be careful not to fall in, but this is almost the only drawback.” 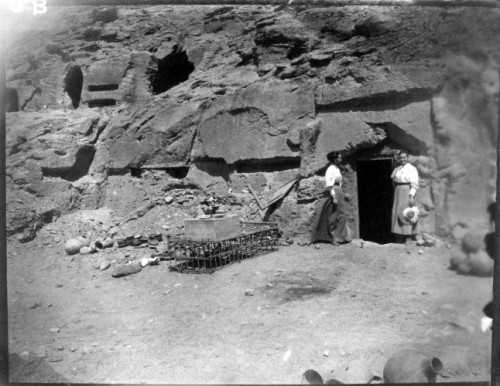 A GUIDE TO ANCIENT EGYPT: Above, Annie (left) and sister-in-law Kate at El Kab.

Photographs of Annie in Egypt were acquired from the Griffith Institute at Oxford University and Harvard University Archives.

Provost Skene’s House – which dates from 1545 – was named after one of Aberdeen’s most famous residents, Sir George Skene, a merchant who pioneered trade with the Baltic nations, and who will be celebrated at the new Flourmill Lane attraction.

Pioneering Egyptologist to be celebrated at new Aberdeen attraction