Painting the town red (and white) 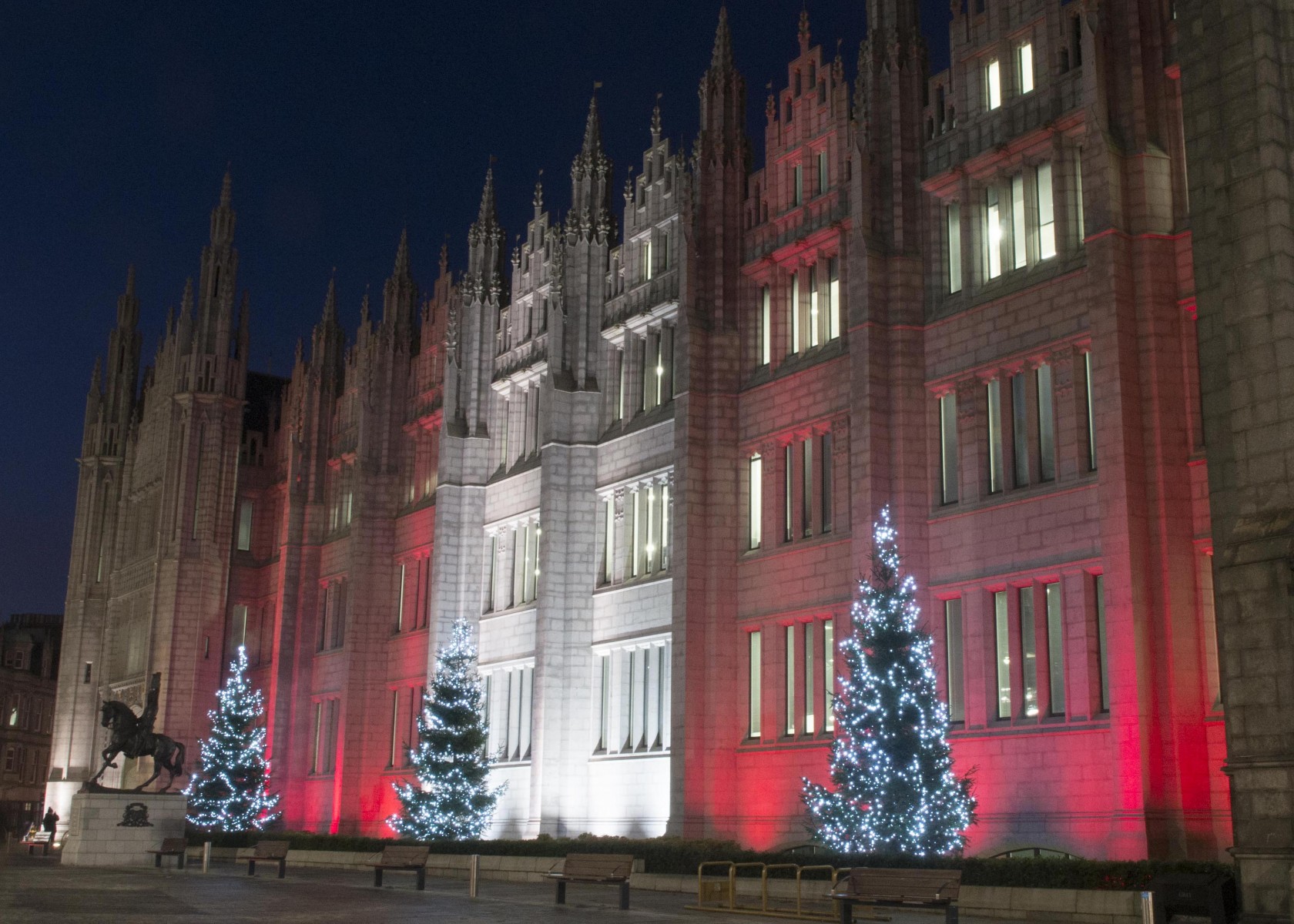 Aberdeen City Council is showing its support for the Dons by turning Marischal College red and white in the build-up to Sunday’s Betfred League Cup final.

The landmark will be lit in team colours again tonight (Friday) as Aberdeen Football Club counts down to this weekend’s match against Celtic.

Aberdeen City Council Leader Jenny Laing said: “There is a great sense of anticipation around the city ahead of another cup final and we wish the football club the very best for the match.

“There have been some tremendously colourful displays from Aberdeen fans in recent times and by turning Marischal College red and white we are joining in with the spirit of the weekend.

“We all remember the scenes in the city centre when the cup was paraded down Union Street in 2014 and the impact it had on the city, with a real buzz created. We hope for many more celebrations to come.”

Painting the town red (and white)