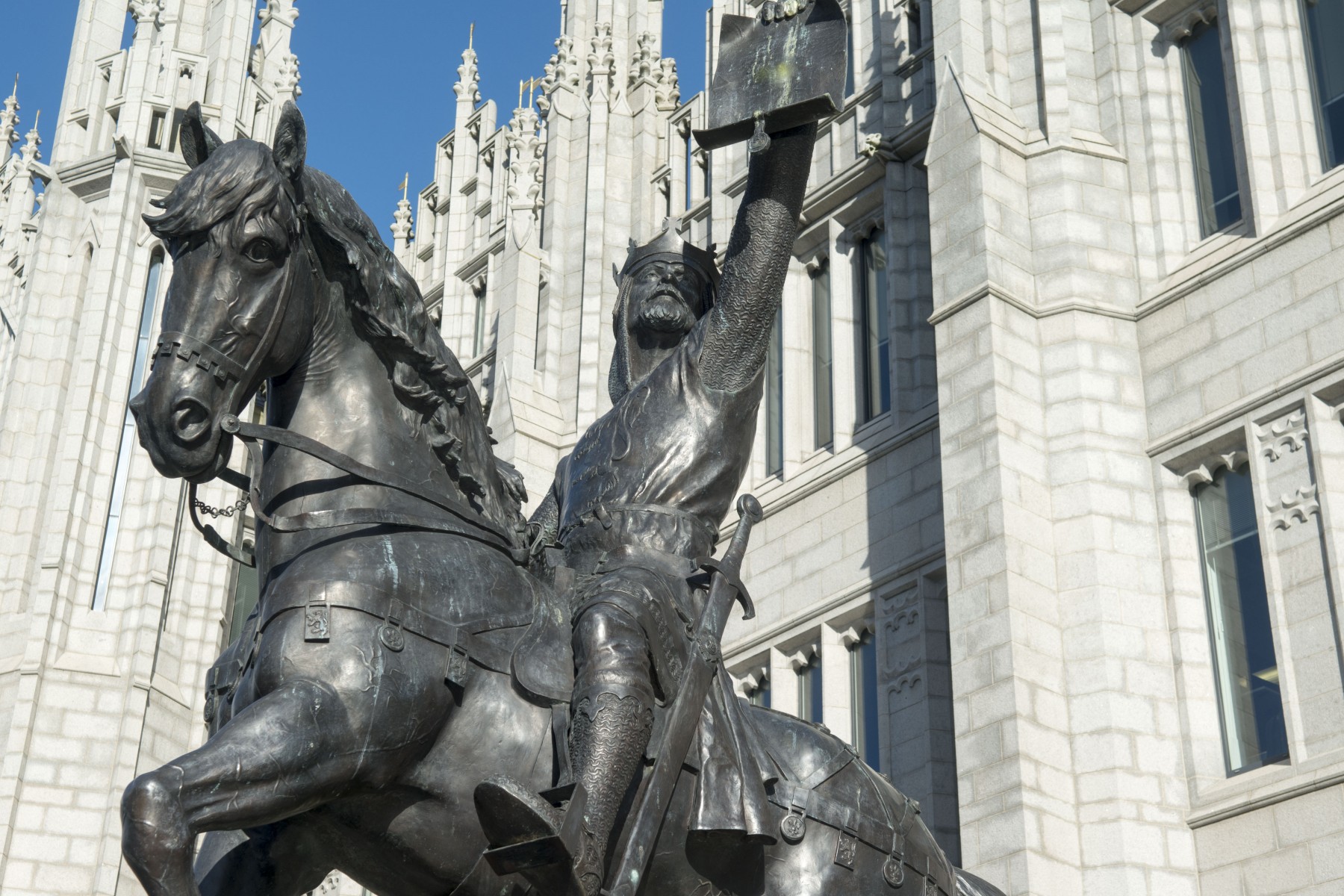 One of Aberdeen’s most iconic documents will celebrate its 700th anniversary tomorrow (Tuesday 10 December).

The Stocket Charter – an original document signed by King Robert the Bruce will go on show at a free talk tomorrow at the Cowdray Hall, Schoolhill, Aberdeen at 7.30pm to mark the 700th anniversary of its signing.

Many Aberdonians and visitors to the city will be familiar with the modern version of the ‘Stocket Charter’ which can be seen outside Marischal College where it is held aloft by the statue of King Robert the Bruce.

The original document which underwent conservation work earlier this year is held at the Town House by Aberdeen City & Aberdeenshire Archives. Written in Latin, and proclaimed at Berwick-Upon-Tweed, the Stocket Charter was addressed to the “burgesses and community of our burgh of Aberdeen” by Robert the Bruce on 10 December 1319 and is one of the pivotal documents in the city’s history.

The document will be the focus of a talk by Phil Astley, City Archivist, and Professor Steve Boardman of the University of Edinburgh.

Traditionally viewed as a reward for its loyalty, the burgh received several grants from Robert the Bruce, including custody of the forest of Stocket, culminating in this charter which gave all revenues from the burgh courts, market tolls, fishing to the burgesses in perpetuity, in return for an annual payment of £213 6s 8d, a fee which was paid until 1986.

The charter reserved sporting and timber rights for the crown, but otherwise the city obtained absolute possession. It was an extremely valuable gift, allowing the burgh to generate significant income and to lay the basis for the ‘Common Good Fund’ which survives to this day. It also laid the legal framework for the administration of the burgh and enabled Aberdeen to become a significant economic and political power in late-medieval and early-modern Scotland.

The Lord Provost of Aberdeen Barney Crockett, said: “The free talk offers Aberdonians a unique opportunity to find out more about the Stocket Charter and to see up close this pivotal document in the city’s history, which was signed 700 years ago this week by King Robert the Bruce.”

Phil Astley, City Archivist, Aberdeen City and Aberdeenshire Archives, said: “After undergoing conservation work earlier this year it is wonderful to see this amazing slice of Aberdeen’s history looking so good for its 700th birthday celebrations.”

The talk is free, although requires booking via Eventbrite. Please click on the link below for more details and to reserve a place. The talk is expected to finish at 8.45pm.