Orchard Brae School gets the green flag by going for gold 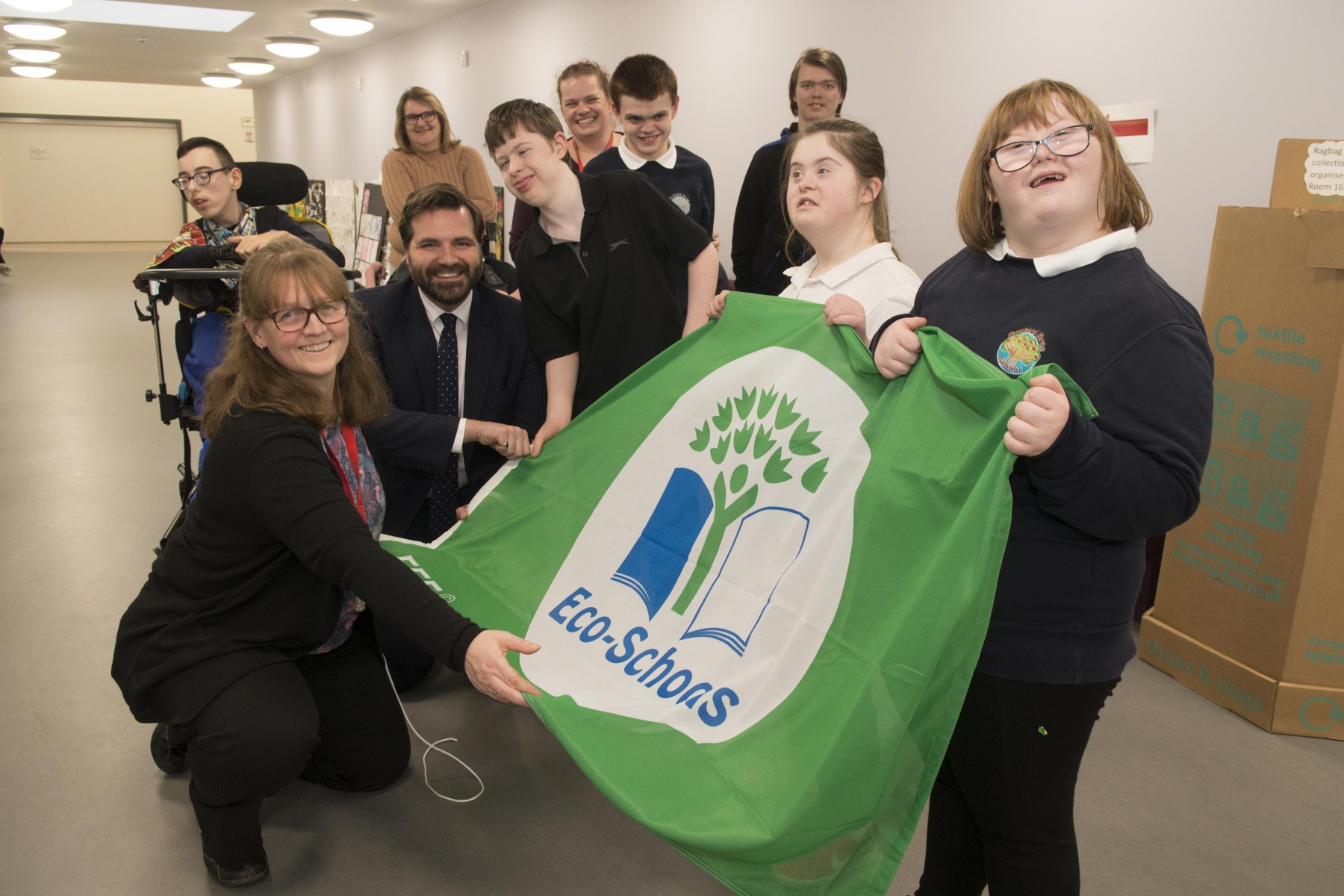 Green Flag 1
07/03/19 helping hold the flag, l-r Headteacher Caroline Stirton, Councillor John Wheeler, Education Operational Delivery Convener, with some of the pupils, Jadyn McKenzie (14), Courtney Reid (16) and Emma McDermott (14) Aberdeen’s Orchard Brae School has made its mark on the environment already in outstanding style, despite only opening 18 months ago. The £18.5 million Centre of Excellence, which opened in August 2017, has achieved a prestigious Green Flag award from Eco-Schools Scotland, part of Keep Scotland Beautiful.The notification letter described the school’s award as “an outstanding achievement” and the school’s application for award status as “a truly fantastic application which was a pleasure to read”.

Aberdeen’s Orchard Brae School has made its mark on the environment already in outstanding style, despite only opening 18 months ago, it was announced today (Thursday 7 March)

The £18.5 million Centre of Excellence, which opened in August 2017, has achieved a prestigious Green Flag award from Eco-Schools Scotland, part of Keep Scotland Beautiful.

The achievement was pupil-led with the guidance of Principal teacher, Amy Dunnett who submitted the application and met the seven criteria required to achieve the award. The criteria included devising an action plan and environmental statement, involving the local community and linking the school’s environmental work to the curriculum.

Food growing and harvesting, measuring and reducing food waste, opening a school boutique were just some of the innovations introduced by Orchard Brae pupils who are now planning to write a school cookbook which will be developed in an environmentally sustainable way.

Councillor John Wheeler, Education Operational Delivery Convener, said: “This is a fantastic achievement by the pupils, staff and the entire Orchard Brae community.

“We said from the outset that Orchard Brae would be more than a school; that it would act as a community hub. This award certainly bears that out and I would like to congratulate everyone involved”.

Caroline Stirton, Executive Head Teacher at Orchard Brae, said: “Amy has been leading and submitted our application for a bronze award recently. The work was of such a high quality that we have been awarded green flag status - so we will be on the hunt for a flag pole now!”

Orchard Brae School is the first of its kind in Scotland and is a hub for best practice in supporting pupils with Additional Support Needs (ASN) from across Aberdeen.

The innovative development also provides a new resource centre for ASN teaching and training and a multi-agency facility for health, education, social work and family support.

In addition to its outstanding facilities, Orchard Brae is home to wildlife and growing gardens which have played their part in helping the school achieve its Eco-Schools Scotland award.

Orchard Brae School gets the green flag by going for gold