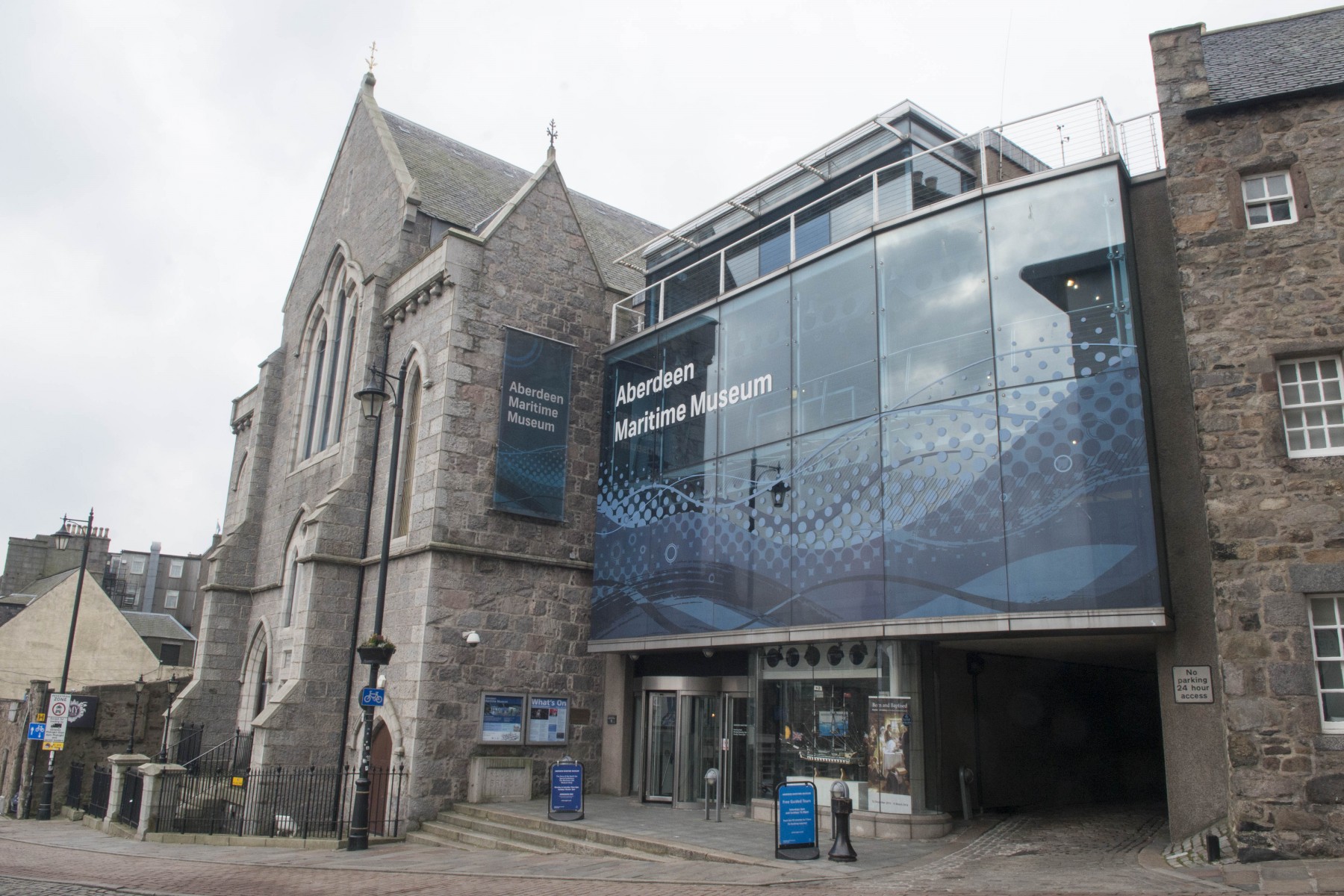 As world leaders prepare to meet in Glasgow to discuss the climate emergency, a new display at Aberdeen Maritime Museum considers changes in the offshore energy sector and looks ahead as it transitions to renewable sources.

Thanks to funding from the Friends of Aberdeen Archives, Gallery & Museums, the existing display on the top floor of the museum has been repurposed and updated. Visitors can explore how the sector and offshore life for the thousands of people who work in it have been transformed over the last 40 years. The display explores not only changes to the shape of the city, but also change brought about through migration to the region from around the world, the increase in average income and the emergence of Aberdeen as an innovative global energy hub.

The new display looks at three key themes of Life in the industry, Safety improvements and What next? through personal insights from offshore workers, employers and regulators, and objects from Aberdeen Art Gallery & Museums’ maritime collection.

Councillor Ryan Houghton, convener of the City Growth and Resources committee, said: “What happens in the North Sea impacts greatly on life in Aberdeen and the rest of Scotland, and the UK. What this new display also shows is the role industry plays in delivering innovation and technology change that is key to the offshore sector in Aberdeen maintaining its global competitiveness. It is this expertise and the ability to continuously evolve in response to new challenges that will be critical to Scotland’s energy transition. The new Maritime Museum display will help us to inspire our young people to find out about how the sector is maximising new and emerging opportunities in offshore wind and its link to scaled up production of green hydrogen.”

Mike Richardson, Chair of the Friends of Aberdeen Art Gallery & Museums, said: “The Friends were keen to support this project because we wanted to help the Maritime Museum tell the important story of the incredible range or people who work in the offshore energy industry and the way their work has changed since North Sea oil first came ashore in 1975. Aberdeen Maritime Museum is unique in that it’s one of the few places in the UK that you can actually get up close to real objects used in North-Sea life, whether that’s the massive safety mats from the Murchison Platform, or the display of everyday work gloves from Brent-Delta, or drill cores that have been extracted from the Andrew Field.”

Exhibition curator, Jim Inglis, said: “Aberdeen has always been an inventive city. It ranks fifth in the UK for number of patents registered per capita. With the advent of the offshore energy industry, and the drive for improved safety and efficiency, Aberdeen has seen new ideas and new technologies flourish. The Impact Subsea ISS 360 Sonar is one of the objects in the new display that represents the significant shift in technology towards lower maintenance, higher capability and greater sustainability. The sonar is a ‘plug and play’ guidance system. It is very accurate and permits autonomous or remotely guided submarines to undertake a much wider variety of tasks at depths of up to at depths 6,000m. It is maintenance free therefore does not require the equipment to be laid up regularly to allow essential recalibration. Although the technology within it is designed for use in the offshore industries, it has already been adopted for use in monitoring climate change.”

Jim has worked with individuals and organisations such as the RMT Union Offshore Branch, the Health & Safety Executive, Shell, Repsol and Survitec to tell a new story looking at three key areas:

Life in the industry
Working offshore means long hours, hard work and separation from loved ones, high levels of stress due to constant risks – but the financial rewards, camaraderie and community of fellow workers can compensate. Creativity also emerges during a worker’s down time, in personal hobbies. This new display explores some of the stories behind these creative people and how they live their lives offshore. One of the people featured is Bill Duncan, a maintenance engineer, who in his spare time offshore created metal sculptures, often working in a linen cupboard, the only space available to him. One of Bill’s sculptures is on display.

Safety improvements since 1988
Safety improvements in the offshore industry have come through a combination of legislation, technological advances, and, most importantly, a change in attitude to health and safety. In 1988 an explosion killed 167 men aboard the Piper Alpha platform. One of the items on display is a George Medal awarded to Iain Letham who himself was badly injured trying to rescue survivors. Iain spent the rest of his working life trying to improve the chances of survival offshore for people caught in an incident.

What next?
As the energy industry transitions to a climate positive future, one of the huge jobs ahead is decommissioning the giant offshore installations, as wind turbines like the ones in Aberdeen Bay or hydrogen power are now helping to meet our energy needs. Films in the new display help tell the story of the decommissioning process. One shows the technical aspects of the dismantling of the Brent-D Platform, another conveys the impact of the community of offshore workers as Murchison was switched off for the last time in 2014. A touchscreen display invites people who have worked in the offshore industry to submit their ‘Oil Memories’ to help AAGM collect stories that reflect the diversity of offshore roles and people’s experience.