New report highlights the impact of culture in Aberdeen 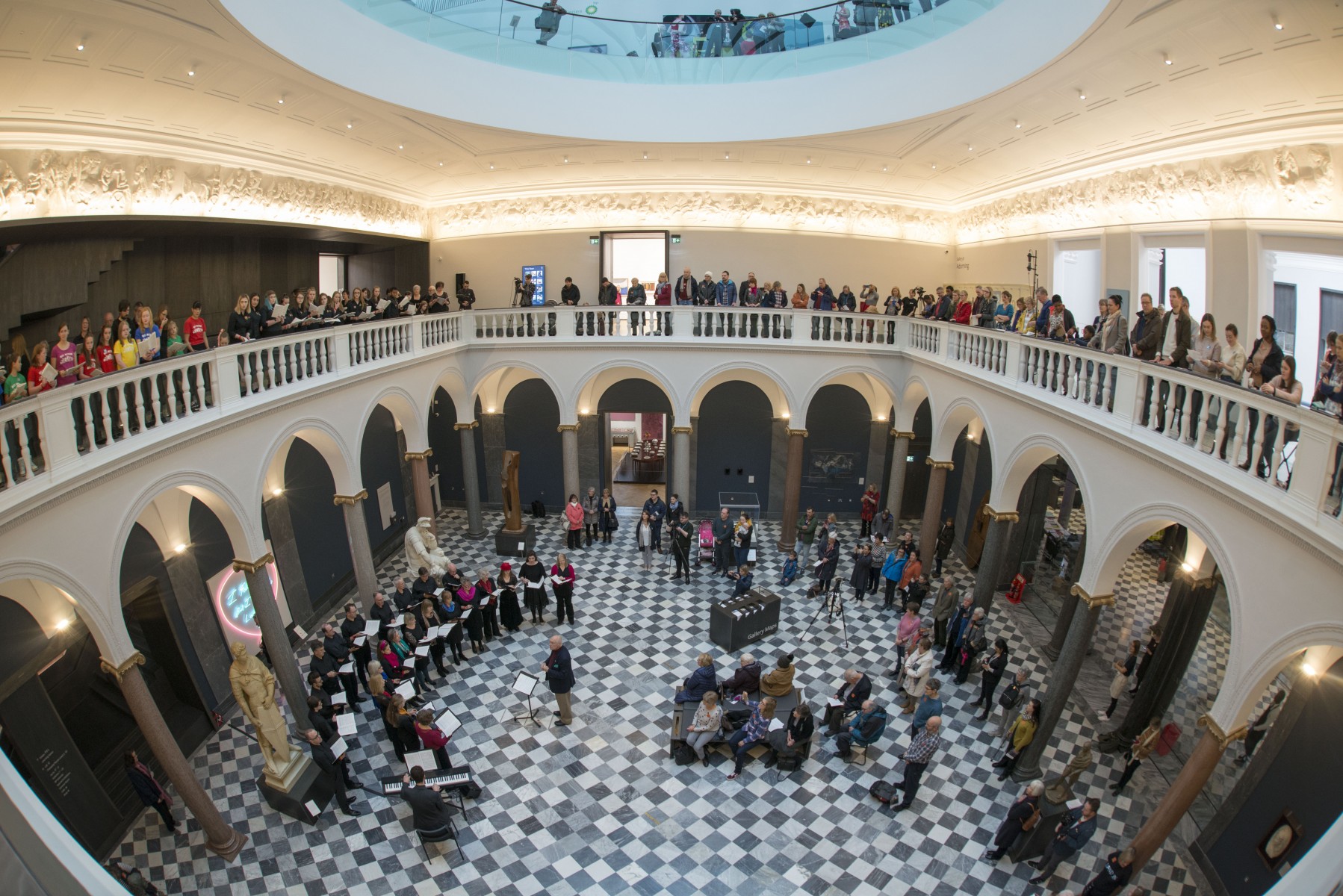 ACC_9769
02/11/19 Official opening of the new refurbished Aberdeen art gallery. the first visitors gather outside (a piper will be playing from 9am) and the doors are officially opened at 9.30am by Aberdeen City Council culture spokesperson Cllr Marie Boulton. Followed by film, photography and interviews inside the gallery. The first public performance of Judith Weir’s new commission The Big Picture will take place at 10am.

The Investment in Culture 2018/19 Impacts report highlights that Aberdeen City Council’s funding of arts organisations, groups and artists brought over £30 million to the economy through tourism in 2018/19.

“This report highlights the impact that Council funding can have on the city’s economy and wellbeing, at a time when local authorities are rightly having to account for every penny spent.

“It shows the value that even relatively modest levels of funding can bring and we’re proud that this investment has such a positive effect on the city, not just through our own libraries and museums but our partner organisations and projects.”

Data for the report was gathered from external organisations and projects funded by Aberdeen City Council as well as internal services such as Libraries and Museums.

The report measured impacts of grants of £2.21 million to external cultural organisations and funding to cultural events and festivals worth £449,000 which included organisations and events such as Aberdeen Performing Arts, Belmont Filmhouse, Peacock Visual Arts, Citymoves Dance Agency, Sound Festival and NuArt.

In addition to the headline boost to the economy, the impacts report shows that around £2.5 million of funding for external cultural organisations, events, festivals and artists generated:

Coming shortly after the reopening of Aberdeen Art Gallery following a major £34.6 million transformation, and the city’s annual State of the Cities report detailing the economic performance of Aberdeen, the new report shows the importance of culture to life in the city and how it can contribute to inclusive growth; a key recommendation by the independent economic panel who compiled the State of the Cities report.

Aberdeen City Council’s internal cultural services include venues such as the Beach Ballroom, Aberdeen Art Gallery and Museums and the City Libraries, as well as the Aberdeen Music Service and the Council’s Creative Learning programme. The investment is a key contributor to the wellbeing of the city, contributing positively to outcomes within the city’s Local Outcome Improvement Plan and measuring a value of £3.8 million in savings across NHS services and as increased economic value.

Cultural highlights from 2018/19 included the reopening of the city’s Music Hall following a 2 year refurbishment; Scotland’s Year of Young People which saw a host of projects funded across the city; Festivals such as Sound, Look Again, Granite Noir, True North, Mayfest, and Aberdeen Jazz Festival; the unveiling of a new Fishing Memorial outside the Maritime Museum; and 39 creative projects funded through ACC’s Creative Funding strand.

New report highlights the impact of culture in Aberdeen