New kid on the block at Pets’ Corner

The cute new kid on the block has settled already, climbing onto roofs at the popular family attraction on her first day before settling down for a snooze. 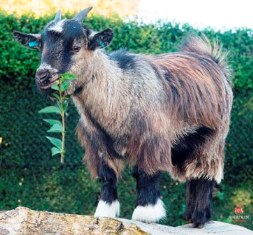 oing into the house and making herself a little bit too much at home.

However, she gets on well with children and other animals so will get on with her with furry and feathered neighbours alike at Pets' Corner which already has rabbits, chinchillas, miniature donkeys, tropical fish, ducks and peacocks.

Aberdeen City Council Communities, Housing and Infrastructure Committee convener Councillor Neil Cooney said: "Lou Lou is sure to be a popular attraction at Pets' Corner and will help educate youngsters more about the natural world around them.

"Hazlehead Park is already a Red Squirrel Conservation area so there is also an abundance of wildlife for visitors to discover.

"It also has other exciting family-friendly activities including playparks, the café, the maze, fantastic walks in the park and woods, and is the largest park in the city at 180 hectures, so I'm sure people will find lots to do there in the October Break.

"I would encourage people they have 'goat' to go and see Lou Lou  I'm certainly not kidding around!"

Pets' Corner started after a riding school and a small zoo were opened at historic Hazlehead Park in 1966. The zoo was scaled down after several years and changed into the popular Pets' Corner attraction in the early 1970s. 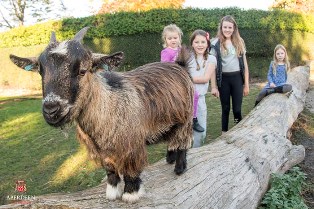 The City Council has plans to renovate Pets' Corner by upgrading the aviary to an education centre, with ba cking from Friends of Hazlehead..

Hazlehead Park has Royal connections through King of Scots Robert The Bruce, Mary, Queen of Scots and the Queen Mother Rose Garden.

New kid on the block at Pets’ Corner