Extra sparkle is to be added to the Granite City after Aberdeen was today awarded £901,100 for heritage-led regeneration projects in the heart of the city.

The funding is being released through the City Heritage Trust programme, administered by Historic Environment Scotland (HES).

In partnership with HES, and working collaboratively with Aberdeen City Council other groups, the Aberdeen City Heritage Trust will deliver this funding through their own programmes to eligible local projects.

The aim is to regenerate historic buildings and city precincts, provide training opportunities, create jobs, and lever additional funding from other sources.

Grant funding will be made available to property owners to support improvements to granite buildings in areas like Bridge Street, Market Street and King Street, complementing work already taking place on Union Street.

Education and community heritage projects could also benefit. Full details of the support are under development. 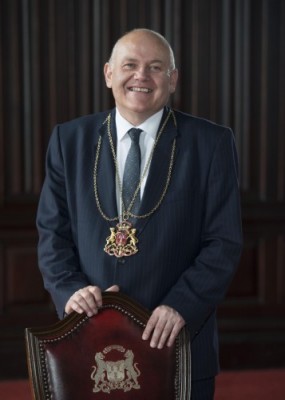 “This is an endorsement of the sterling work the Trust has carried out in the city since 2004.

“The repair and restoration of our historic buildings and streets will complement the exciting projects coming through as part of the Aberdeen City Centre Masterplan.

“In regenerating the heart of Aberdeen, we can take inspiration from the past – the magnificence of which is all around us.”

Past funding has enabled Aberdeen City Heritage Trust to support significant transformative projects, including 49-53 Marischal Street where a C listed building on the Buildings at Risk Register was saved and brought back into use as flats, and the B listed warehouse on York Place, which was transformed through significant repair and restoration work.

Aberdeen’s award is part of an overall £8.6 million being invested across Scotland.

Alex Paterson, Chief Executive of HES, said: “Through schemes such as City Heritage Trust funding, organisations best placed to understand local needs have the opportunity to not only improve the condition and quality of their local historic environment, but align projects to deliver the best possible outcomes in their communities.”

The funds are in addition to the £1.17 contributed by both Aberdeen City Council and Historic Environment Scotland and the £50,000 contributed by Aberdeen inspired to the Union Street Conservation Area Regeneration Scheme, which was launched in November last year and runs until 2022.

Union Street CARS marks the next step in transforming Aberdeen’s main thoroughfare under the 25-year City Centre Masterplan, which in the longer term envisages pedestrianisation priority along part of its length.