Aberdeen City Council's Recycling Team has once again teamed up with local pupils and students for the annual Green Santa campaign, which focuses on recycling and re-use in the run up to Christmas.

This year, students at 16 city schools, Robert Gordon University and The University of Aberdeen, are being encouraged to collect unwanted electrical items and pass them on for re-use.

Technology related to information and communications such as phones, TVs, laptops, PCs, tablets, printer cartridges, games consoles and so on will be especially welcome.

The City Council is working in partnership with local company Enscape and re-use specialists, Re-Tek to refurbish or recycle all the times that are collected.

The equipment will be collected and stored by Recycle, based in Aboyne, for collection by Re-Tek, based in East Kilbride.

Recycle provides support services to adults with learning difficulties and will work in partnership with Re-Tek to get the best value from the equipment, some of which will be donated to help schools in developing countries.

Re-Tek and Enscape have donated prizes for the schools that collect the most items, including an I-pad, ASUS tablet and two £100 prizes. 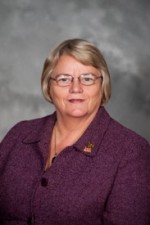 "Many potentially re-usable electrical items are still being sent to landfill in Aberdeen. I would encourage people to ask themselves whether someone else could use their unwanted electrical items´.

If the answer is yes, then pass it on. Re-use is much more environmental friendly than recycling.

"Last year, the campaign was a great success, and we collected 2.2 tonnes of electronic waste for recycling. This year, we are hoping to collect even more items to pass on for re-use so it is fantastic to see students, teachers and parents playing their part in this campaign by having a productive clear-out."

Enscape's Director Brian Menzies said: "We are very happy to be working with Aberdeen City's schools and would like to thank everyone for getting involved in this worthwhile project."

Billy McPherson, Consumer EEE Program Director at Re-Tek, said: "This is a fantastic opportunity to spread the message about the importance of re-use and I'm sure there will be a great contest between all the schools to collect the most unwanted electrical items."

Members of the public who wish to pass on electrical items for re-use can donate them to local charities, contact the Natoinal re-use phoneline on 0800 0665 820 to organise a collection or advertise them for sale for free online at Gumtree, Freecycle or EBay.

Small electrical items that are old or broken can be recycled in the dedicated recycling bins at supermarket recycling points at Morrisons on King Street., Sainsbury's on Berryden Road, Sainsbury's on Garthdee Road and Tesco on Laurel Drive.

Both small and large electrical items can also be recycled at any of the five Household Waste Recycling Centres in Aberdeen.For more information about recycling at Christmas, visit Waste and Recycling or the Recycle for Aberdeen Facebook page.