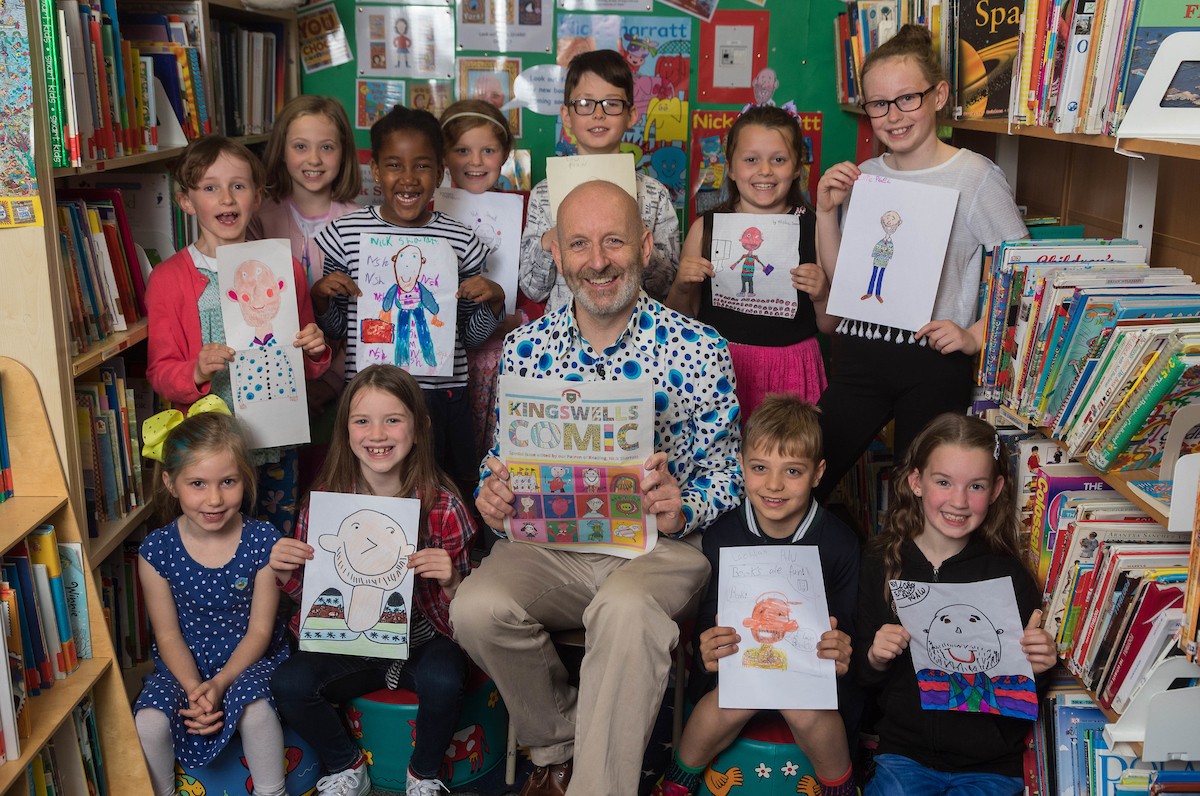 Kingswells School has been participating in the Patron of Reading scheme for the past three years with Nick as Patron.

Kingswells Comic was developed by collecting artwork from pupils throughout the school and with the help of a parent who lectures at Robert Gordon University’s Gray’s School of Art and two students from the Communication Design course, they developed the work into a lasting memento for Nick.

Nick, who is best-known for his illustrations for the work of Jacqueline Wilson, Jeremy Strong and Kes Gray and his own works ‘Elephant Wellyphant’ and his first novel ‘The Cat and the King’ was paying his final visit to the school today to celebrate his time as Patron.

Elma Hampton, Principal Teacher at Kingswells School, said: “Nick has visited the school two or three times a year over the three years of our partnership, working with classes at all stages from nursery to P7 to promote reading for enjoyment and creativity. We really have been privileged to work with such a talented author and illustrator.”

Nick said: “It's been a privilege to have been Patron of Reading at Kingswells School over the past three years. I've thoroughly enjoyed visiting the school on a regular basis and having had the opportunity to form a real relationship with the pupils and staff.

“My mission was to encourage reading, writing and drawing teamed with imaginative thinking and the children always rose to the challenge of the many projects that we worked on together. The Kingswells Comic is a testament to their amazing creativity.”

Marie Simpson, from Gray’s School of Art, added: “As a parent of children at Kingswells Primary School it has been an absolute pleasure to see how much they have enjoyed working with Nick, who really has fulfilled his role as Patron helping and encouraging the youngsters at every step of the way.

“Working with our two students from Gray’s on the comic has given them a great experience and the opportunity to learn from one of the country’s best illustrators.”