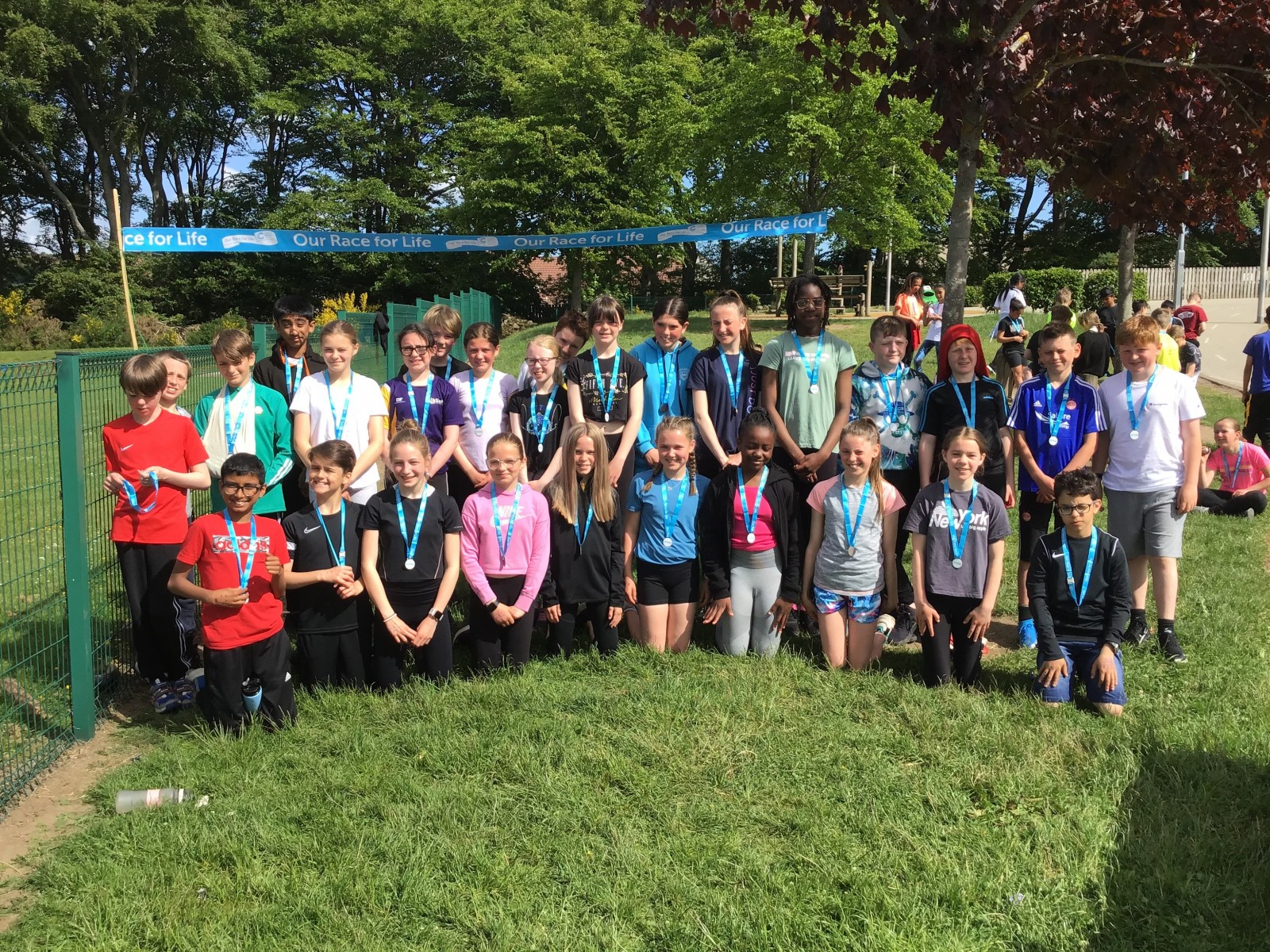 Primary 7 pupils at Kingswells have raised £1200 for cancer charity Cancer Research UK by taking part in a Race for Life 5k run, it was announced today (Monday 28 June).

The run, which took place on Thursday 17 June, was the result of weeks of planning and training for all 57 P7 pupils at the school and was the main event of the school’s end-of-term Activities Week.

The fund-raising run arose from the pupils’ and staff’s love of cross country running in their P.E lessons and in response to a number of people in the school community being impacted by cancer over the years.

Aberdeen City Council’s Education Operational Delivery Convener, Councillor M Taqueer Malik, said: “My warmest congratulations go out to all the Primary 7 pupils and staff at Kingswells for their hard work and dedication in raising this fantastic sum for a very deserving cause and also of course to all the friends and family who contributed funds towards it.”

Kingswells School’s Head Teacher, Moira MacIver, said: “Our Primary 7 pupils have shown enthusiasm for improving their fitness; particularly their stamina when running. They have developed skills of resilience during their time at Kingswells and they demonstrated this through their commitment to training. Their determination to complete all 5 km even when it was challenging was particularly impressive.

“A big thank you is extended to our community for their generous sponsorship which raised £1,200 for Cancer Research UK. I am very proud of our pupils for their efforts.”