Kai and Caitlin are acclaimed as our Physical Achievement Award winners 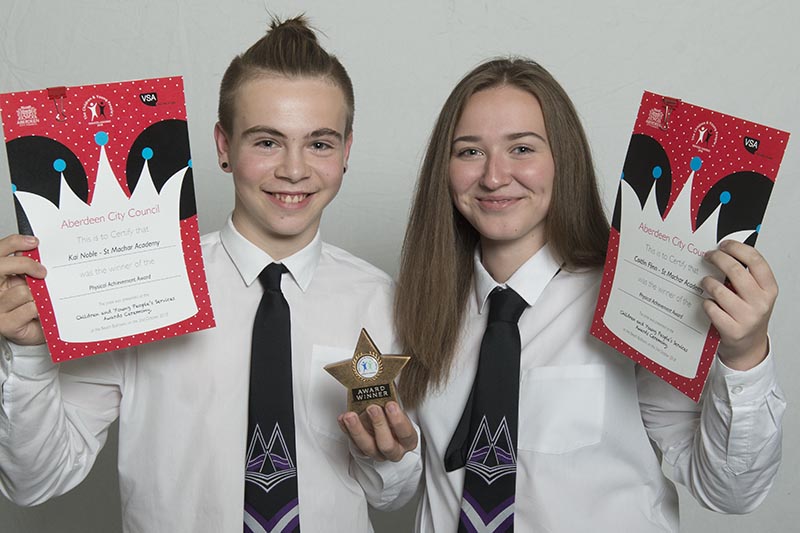 This year marks the debut of the award category in a public vote, only the third in the Awards’ history.

Kai and Caitlin, who attend St Machar Academy, were nominated for the award by Depute Head Teacher, Craig McDermott, for their dedication and commitment to their sport of karate, in which they have competed at international level for the British Karate Team.

The pair have also set up their own karate club at St Machar Academy to pass on their skills to younger pupils.

Councillor John Wheeler, Education Operational Delivery Convener, said: “It was a huge honour to be here on this very special occasion to present Physical Achievement Award to Caitlin and Kai for their talent and dedication to their sport.

“To emerge triumphant from such an outstanding line up of nominees speaks volumes for them and I’d like say congratulations to all of the pupils who were shortlisted and thank you to everyone who took part in the public vote.

“Indeed, I’d like to pay tribute all the nominees and winners in all the categories. These awards celebrate the very best of our children and young people and the outstanding work done by Aberdeen City Council’s services to support them.”

Kai and Caitlin are acclaimed as our Physical Achievement Award winners