Six councils across the north and north-east of Scotland have today (Wednesday) issued a joint call for a summit to address rising teaching vacancy levels.

Increasing difficulties in the recruitment and retention of staff have prompted the local authorities to issue the combined request for urgent action at a national level.

First Minister Nicola Sturgeon has been invited to attend the summit, which would be the first of its kind.

The event has been led by Aberdeen City Council, and has the full support of Aberdeenshire, Moray, Highland, Orkney Islands and Shetland Islands councils, all of which are experiencing similar problems. 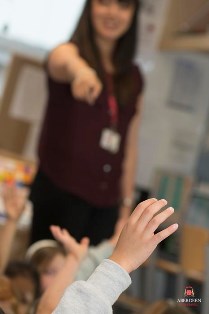 government as well as national agencies including the General Teaching Council Scotland (GTCS).

The aim will be to understand the root causes underlying the current challenges and identify solutions at a national and local level to support the region at a time of unprecedented low numbers of applicants and increased pupil numbers.

The six local authorities combined have recently spent about £1million on advertising and have launched a number of initiatives which have included innovative financial incentive packages and housing support.

Among the potential solutions to be discussed at the summit will be the formation of a national task force to draw up an action plan to address the problem.

Consideration could also be given to a north 'weighting allowance' for public sector workers, similar to that which has been introduced in London.

Aberdeen City Council Leader Jenny Laing said: "Many councils in the north and north-east of Scotland are experiencing higher than normal levels of teacher shortages  particularly at senior management levels.

"Whilst not yet at crisis levels it is nevertheless a serious issue that we want to tackle now to protect the interests of pupils.

"We urge the Scottish Government to work with us on finding a solution at a national level. This is a case where one-size does not fit all councils."

Convener of Aberdeen City Council's Education and Children's Services Committee Councillor Angela Taylor added: "Whilst the vacancy levels are still moderately low if taken as a whole, in some in-demand STEM (Science, Technology, Engineering and Maths), recruitment is taking a long time as the pool of applicants is often very low.

"The cost of living in the north and north-east of Scotland is a key factor and urgent action is needed if we are to target education resources for the benefit of school students rather than spend on advertising."