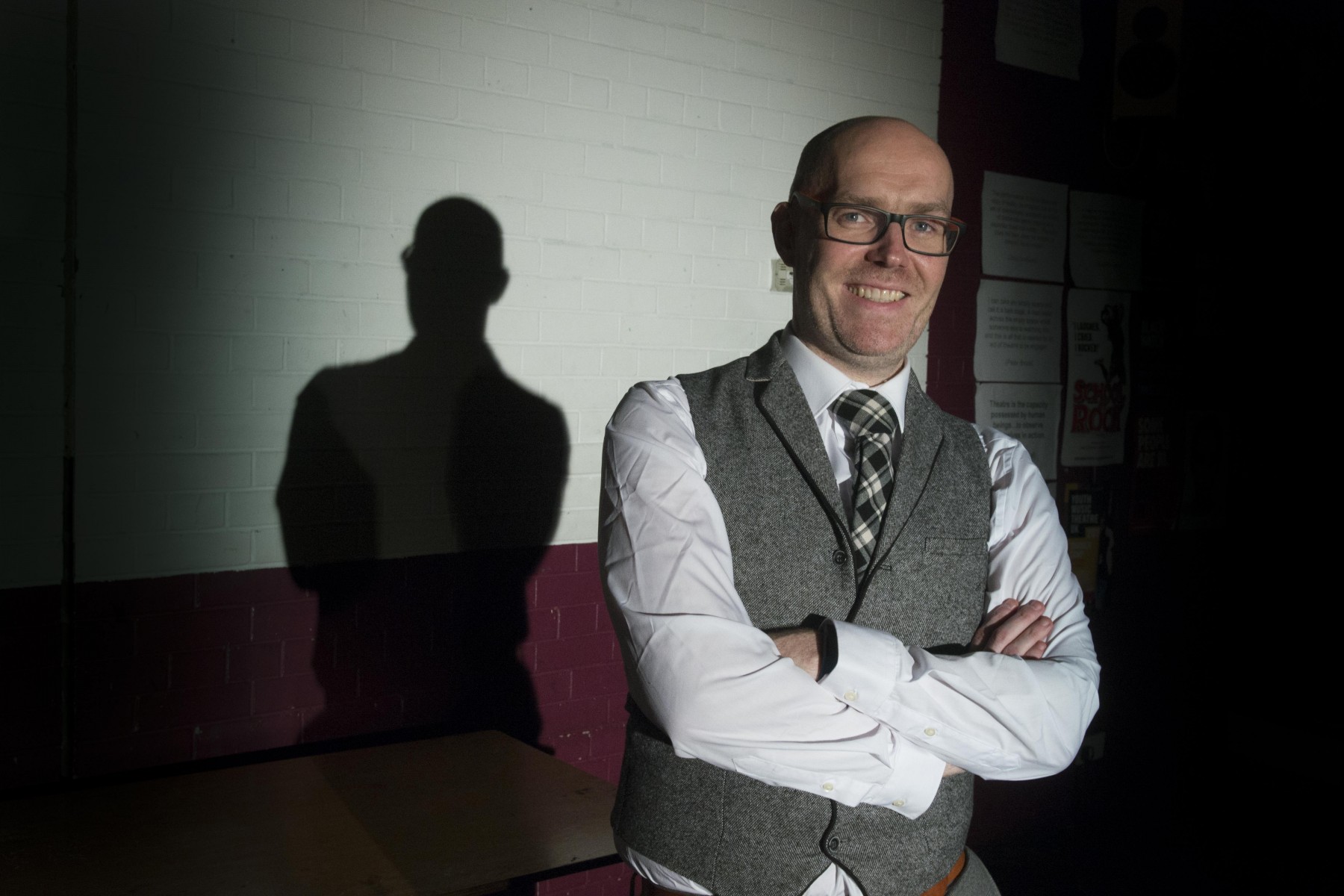 A Dyce Academy teacher, hailed by The Times Educational Supplement Scotland as one of 2018’s top ten educators in the country has now been shortlisted in the Inspiration category for the prestigious Proud Scotland awards, it was announced today (Wednesday 17 April).

John Naples-Campbell, Principal Teacher in Expressive Arts at Dyce Academy was recognised in December as one of the top ten of influential people in Scottish education highlighting several issues this year including the #MeToo movement in education, he importance of arts in a child’s education and for helping drive through historic legislation for education which will see Scotland will become the first country in the world to have lesbian, gay, bisexual, transgender and intersex (LGBTI) inclusive education embedded in the curriculum.

And now John’s achievements see him on a shortlist of five inspirational candidates for the awards ceremony in Glasgow which takes place on Saturday 1 June.

John said: “To be nominated for the Inspiration Award at the Proud Scotland Awards is a fantastic achievement and shows that the judging panel are taking into account the wonderful work education is doing for equality and the LGBT+ community.

“I have never seen myself as ‘inspirational’ and have always seen my job as a passion and a chance to help young people achieve their full potential no matter of their gender, sexuality, race, religion or disability.

“To be nominated alongside my ex Head of School at University, Maggie Kinloch, is also very awe-inspiring”.

Councillor John Wheeler, Educational Operational Delivery Convener at Aberdeen City Council, said: “It’s really wonderful to see John’s tremendous work being recognised at national level once again. He really embodies our vision for Aberdeen as a place where everyone can prosper and where fairness underpins our day to day lives.

“I know both we in the council and John’s pupils already recognise him as an inspirational figure and we wish him all the best for the awards ceremony in June.”