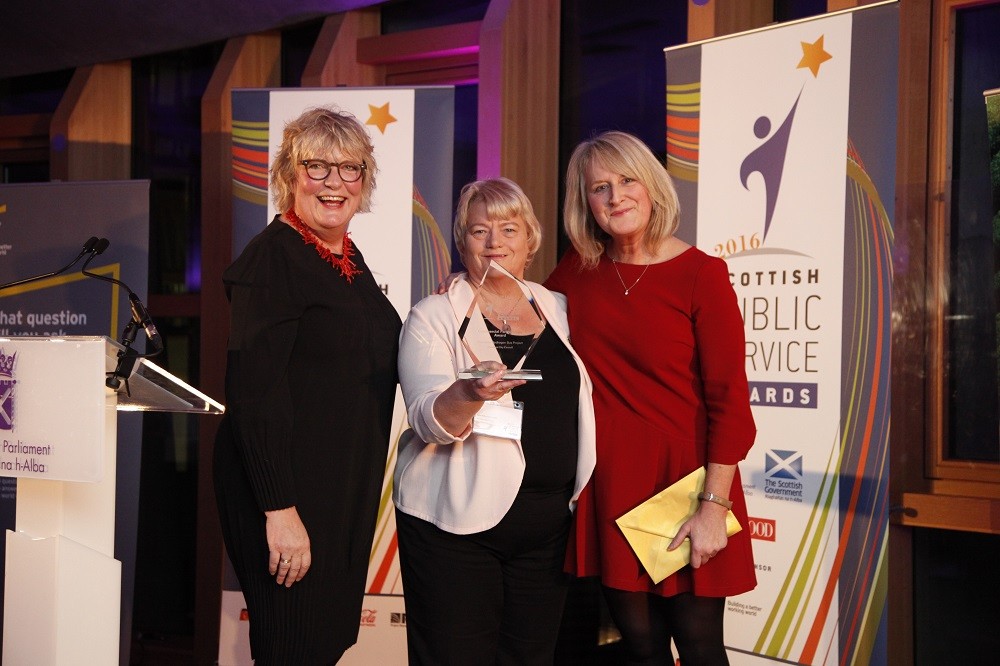 Aberdeen City Council has triumphed at the Scottish Public Service Awards in Edinburgh.

The local authority won the Commercial Partnerships category at the ceremony, staged at the Scottish Parliament on Monday (5 December) evening, in recognition of its Hydrogen Bus Project.

Aberdeen’s innovative approach, a £21million showcase which brought together funders and partners from the public and private sectors across the UK and the continent, has delivered Europe’s largest fleet of hydrogen fuel cell buses as well as a maintenance facility and hydrogen production and refuelling station in the city.

The project was shortlisted along with entries from the Scottish Government and Scotland Excel in the category and impressed judges with its scale and results.

Aberdeen City Council was also nominated in two additional categories for its commitment to participatory budgeting and food recycling schemes.

Councillor Jean Morrison, vice-convener of the Communities, Housing and Infrastructure committee, collected the award on behalf of Aberdeen City Council.

Cllr Morrison said: “It is fitting the hydrogen project has been recognised in this way as it represents the importance we place on finding new solutions in every area of our work as a council. There has been a tremendous amount of effort put in to ensure this partnership’s success and we are proud of the results.

“The award win is a fantastic endorsement for the team involved and for two other projects to be chosen as finalists is also a great achievement, recognising the knowledge and expertise we have across Aberdeen City Council.”