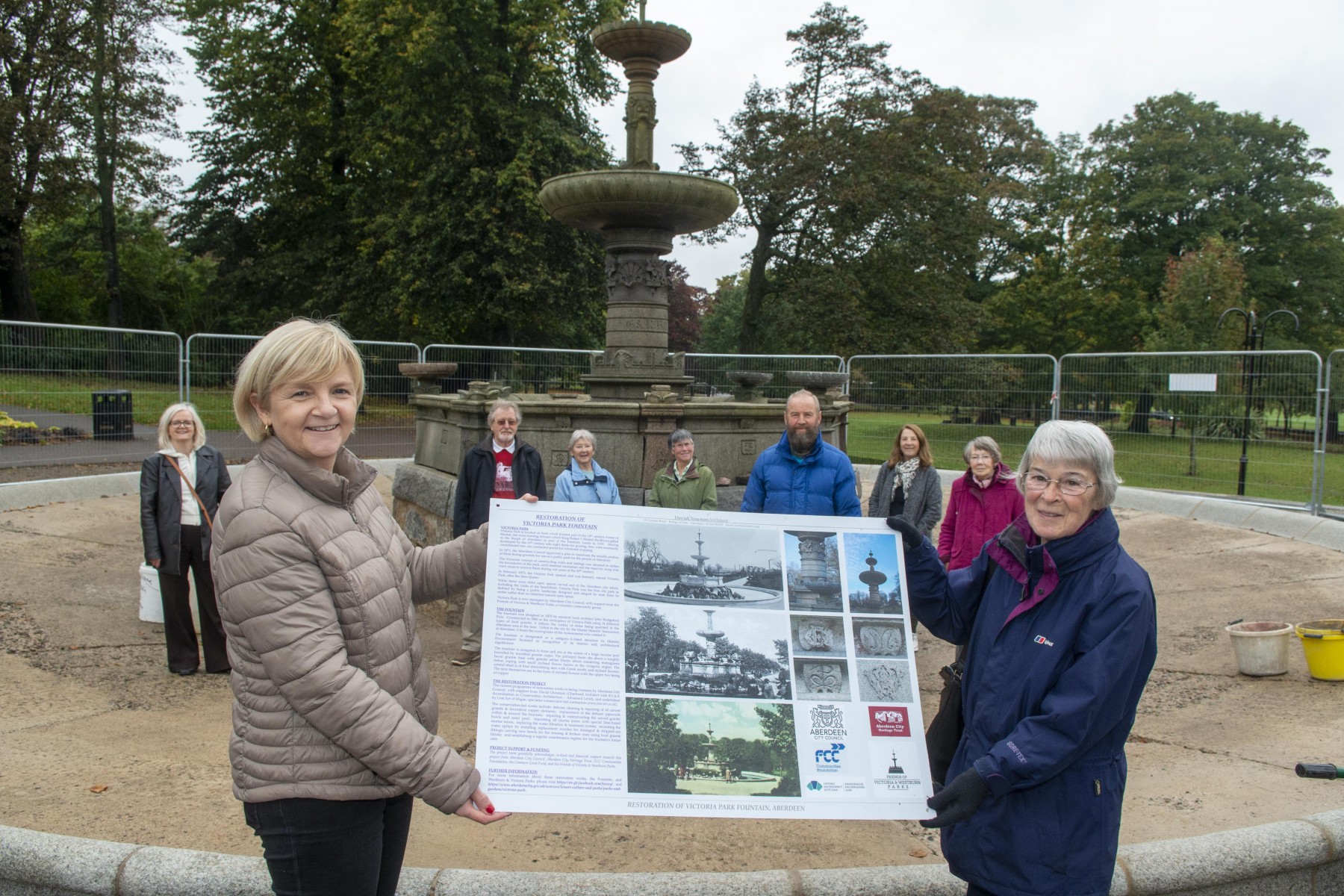 Historic landmark to be restored

A fountain in one of Aberdeen’s most popular parks is being restored to its former glory by the city council and community partners.

The £130,000 project will include the repair of stonework and will bring the A-Listed fountain in Victoria Park on Westburn Road back into working order.

Renowned Aberdeen architect J.B. Pirie designed the fountain as one of his earliest projects. The fountain comprises of a central stem featuring several drop bowls and multiple water jets, all sitting in a granite ringed basin.

The fountain is constructed from stone quarried in the region in the 1870s and contains 14 different types of granite in all.

“The community and park enthusiasts have been instrumental in bringing this gem back to life and I would like to thank, in particular, The Friends of Victoria and Westburn Parks, for their ongoing support.

“The sensitive historic restoration will be welcomed as yet another step in enhancing our wonderful parks and green spaces across the city.”

Janice Lyon, secretary of the Friends of Victoria and Westburn Parks, said: "The fountain is at the heart of Victoria Park and we have been  asked by park users about when it might be working again.

"Although it has taken some time to raise the funds, we are now delighted it is now being restored in what is the 150th anniversary of the park’s opening."

The work is expected to take around eight weeks.

Historic landmark to be restored