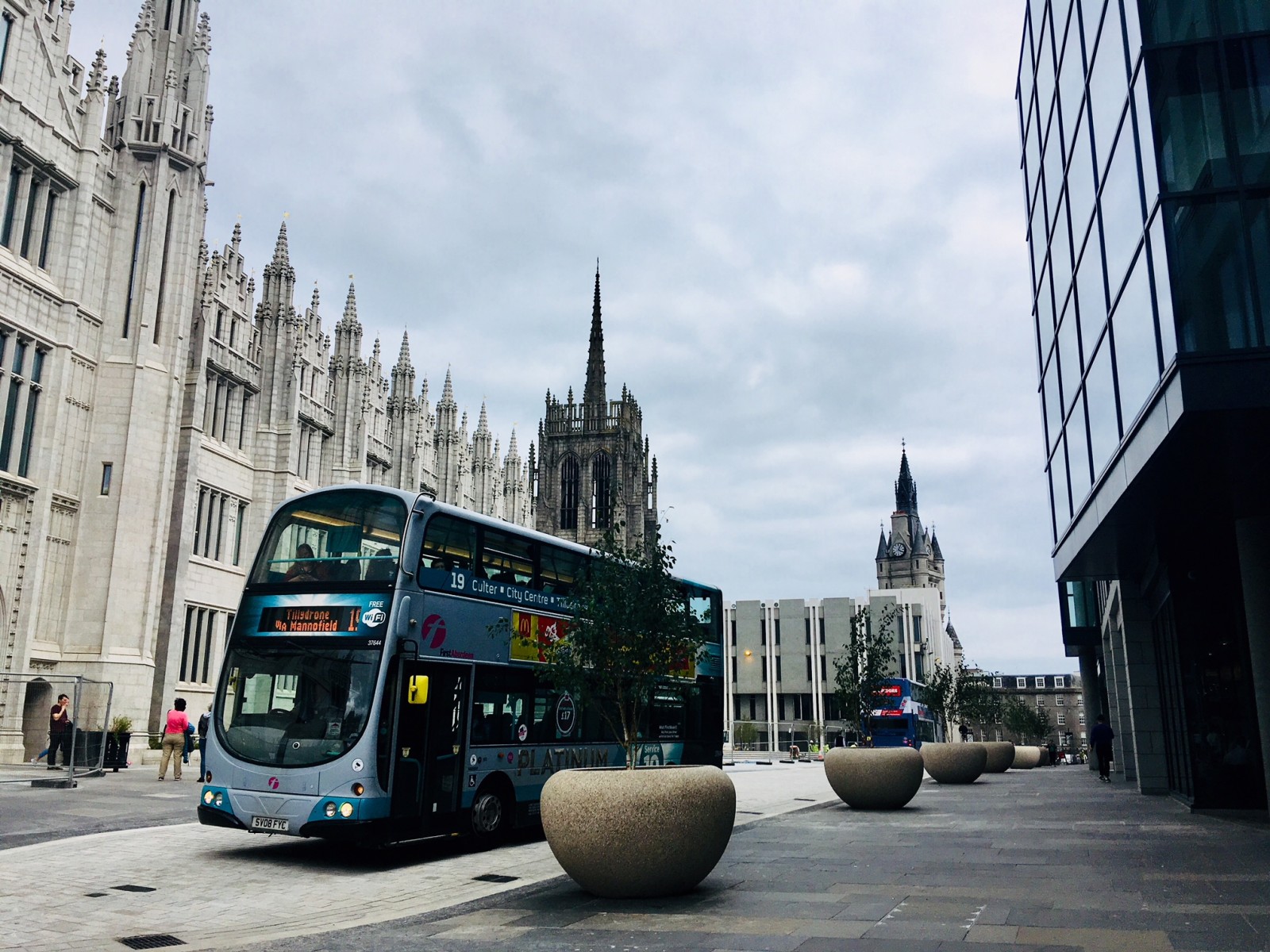 Motorists, cyclists, and pedestrians were today issued with advice as to how to use the new pedestrian-priority space on Broad Street.

The £3.2million City Centre Masterplan project will transform and revitalise the street by making it a pedestrian-orientated space, improving the streetscape, and turning it into an area capable of staging events throughout the year.

Drivers at both Stagecoach and First have received extensive training from their employers, and a ‘bus gate’ camera is to be set up for Broad Street from Queen Street to Upperkirkgate, which will be used by pedestrians, cyclists and buses only.

Everyone using Broad Street and Upperkirkgate/Schoolhill are encouraged to be respectful and mindful of others.

The following advice applies to the new areas:

Cars, vans, lorries, and other vehicles will continue to be allowed on Upperkirkgate/Schoolhill although drivers are reminded that Upperkirkgate and the Gallowgate has double yellow lines and they are not permitted to stop and park there.

Motorists and cyclists should also be aware there will be increased numbers of pedestrians and cyclists on Upperkirkgate/Gallowgate due to the change to a pedestrian-priority area for Broad Street, and they should slow down and take extra care in the vicinity.

Aberdeen City Council transport spokesman Councillor Ross Grant said: “We want to remind all users who will be using the new area – whether they are drivers, cyclists, or pedestrians - to be mindful and aware of all road users and remember that all vehicles should prioritise pedestrians.

“The new pedestrian-priority area will help make the east of the city centre a much more attractive place to visit, work, and play, along with all other major developments happening in the area such as Marischal Square, the redeveloped Art Gallery and Cowdray Hall with new roof-top café and galleries, revamped Union Terrace Gardens, and landscaping at Schoolhill in front of the gallery.

“We appreciate this is the first time there will an informal junction in Aberdeen’s city centre and it may take time for people to get used to the new road layout – we’d ask people to be patient and be mindful for other road users.”

The traffic lights at Upperkirkgate and Gallowgate have been removed and replaced with a shared surface for vehicles and a paved roundel - a mini-roundabout where pedestrians are given priority. Courtesy crossing points have been introduced using coloured surfacing, reducing the formality of the street to create a more pedestrian-friendly environment. This builds on the existing informal streets in the city centre including the Belmont Street area and the Merchant Quarter. There will be a toucan crossing at the Union Street end. Vehicle access to Queen Street continues as normal.

The design for Broad Street includes illuminated fountains, trees, greening and seating, improved lighting, and a raised grass area offering flexible event space in front of Marischal College. The cost of the work is being covered by the City Centre Masterplan budget, Marischal Square developer Muse, and Sustrans Scotland.

The design as part of the multi-million-pound 25-year City Centre Masterplan which had overwhelming feedback from the public was to have more pedestrian-friendly areas in the city, and more green travel which Broad Street is helping deliver.