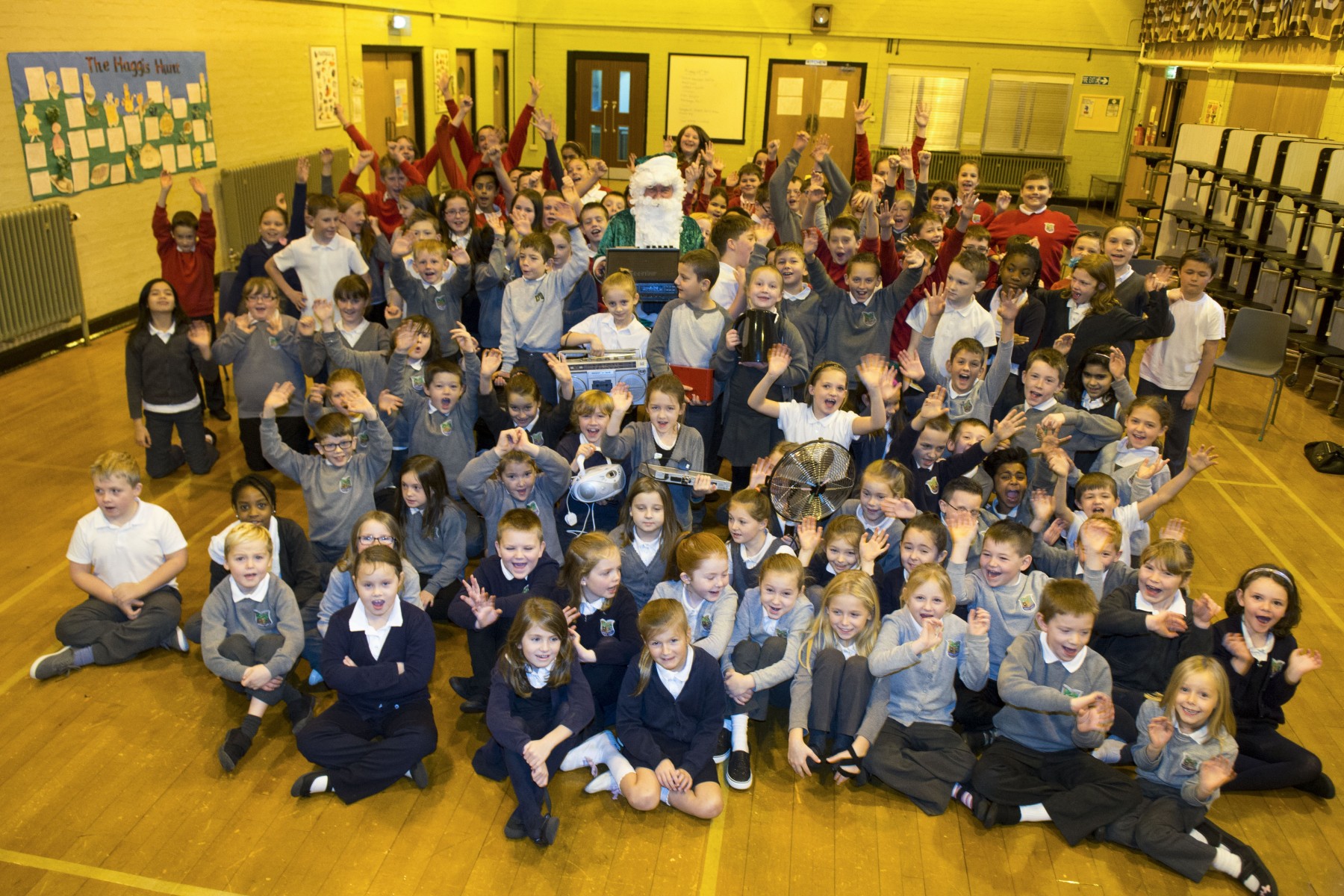 It is the season to be jolly – as well as to recycle, upcycle and get creative as part of a drive to encourage school pupils in Aberdeen to reduce waste over the festive period.

An annual initiative spearheaded by Aberdeen City Council’s very own Green Santa was launched in November and 15 schools joined the fun.

This year’s campaign has challenged pupils to put discarded items to good use by transforming them into Christmas decorations and gifts. Everything from old packets to scrap paper, jars and lightbulbs are being used in the project.

Running until the end of the current school term, the Green Santa campaign includes prizes for the top three creations. Pictures were submitted for judging earlier this month and the results will be announced in the New Year.In keeping with previous years, the initiative is also working with schools to collect unwanted technology – from old phones and laptops to TVs and printer cartridges – which will be refurbished and reused or recycled through specialists Re-Tek. A portion of the proceeds will be used to support good causes.

Aberdeen City Council's Zero Waste Management sub-committee convener Councillor Jean Morrison said: "In the past the Green Santa campaign has collected materials or toys that were no longer wanted and ensured they were reused or recycled. This year the emphasis is on ways to reduce waste.

“We want to achieve that by salvaging items that would otherwise have been thrown away and there have been lots of creations and very inventive ideas submitted for the judging panel to consider.

“In addition, we’re building on the success of previous years – with electrical items being donated and put to good use. There has always been a fantastic response to this part of the Green Santa campaign.”

Schools have received a copy of Aberdeen City Council’s booklet Twelve Days of Christmas, which highlights ways of reducing, reusing and recycling over the festive period, to support the aims of the campaign.

The booklet can be viewed at: http://www.aberdeencity.gov.uk/waste/news/waste_christmas.asp .