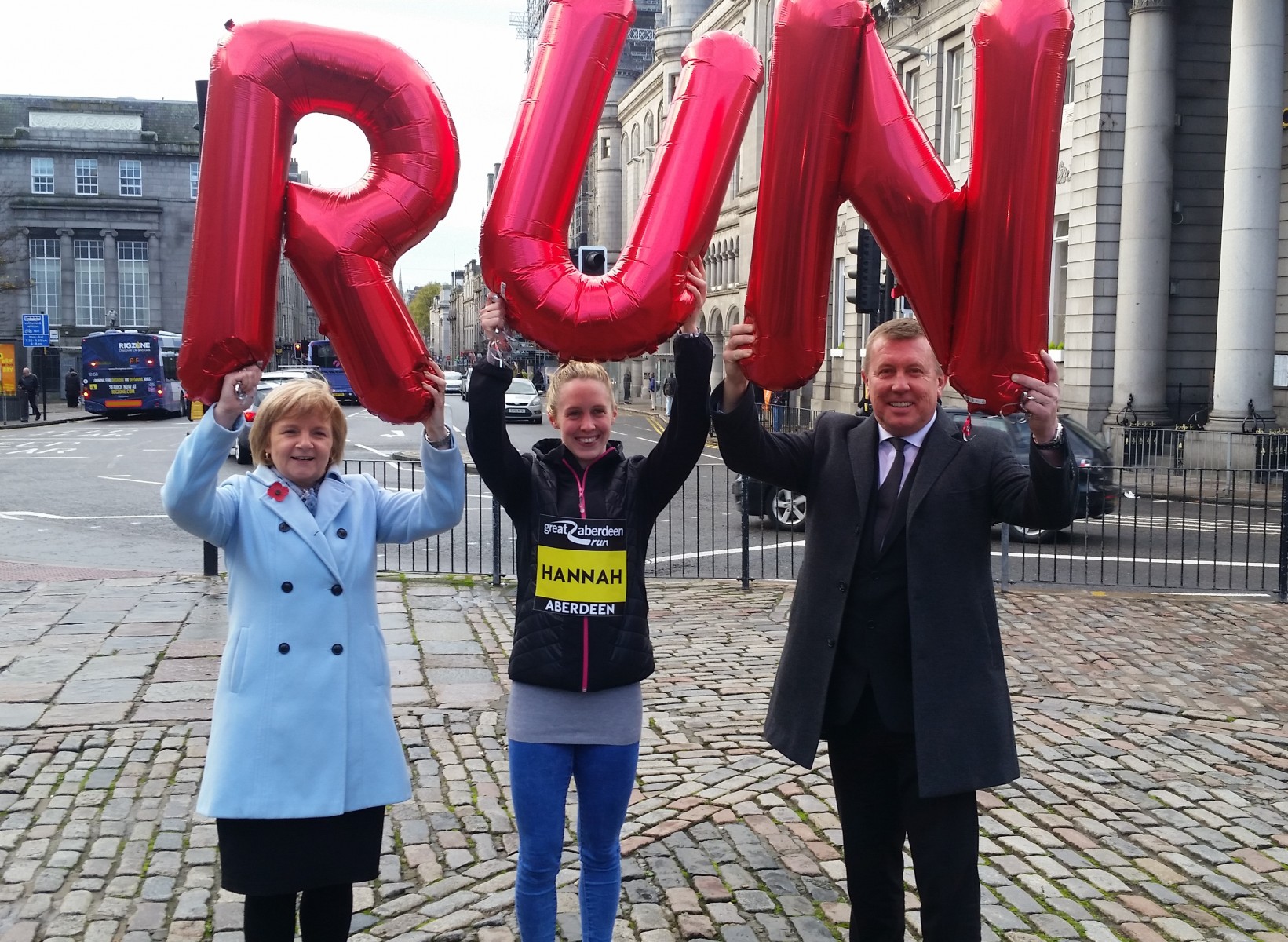 The Great Run Company today announced the launch of its newest event in Scotland. The Great Aberdeen Run will take place on Sunday 27 August 2017; it will give keen runners of all ages and abilities the chance to take part in a celebration of running in the city.

Together with partners Aberdeen City Council, Aberdeen and Grampian Chamber of Commerce, VisitAberdeenshire and Aberdeen Inspired, the Great Run Company is aiming to replicate the success of its ever-increasing number of city centre events in the UK and Ireland.

The company’s large scale, mass participation sports events are now found in over 15 locations including; the Bank of Scotland Great Scottish Run in Glasgow, the Great Edinburgh Run and their flagship event, the Great North Run in Newcastle – the world’s biggest half marathon with 57,000 entrants.

The Great Aberdeen Run was launched in the city’s Town House today, in close proximity to Union Street, which will form part of the proposed course, along with the beachfront promenade, the bustling harbour, Pittodrie stadium, The University of Aberdeen and the historic Brig o' Balgownie.

Aberdeen City Council Leader Councillor Jenny Laing said: “The Great Aberdeen Run is a fantastic opportunity for the city and we look forward to welcoming runners on 27 August.

“We are proud of our role as a global city and events of this stature help to reinforce that, as well as showcasing Aberdeen to a new audience, both in terms of the thousands of participants and those following the event worldwide.

“The Great Aberdeen Run has the potential to attract visitors from throughout Britain, Europe and the world - providing a significant economic boost to the area and reinforcing our ambitions as a tourist destination.

“For the people of Aberdeen there are many more advantages, not least the opportunity to take part in a major event on new and unique courses which will take in some of our most iconic landmarks.

“As a Council we value the role sport and physical activity plays in providing opportunities, inspiring people and changing lives – by investing in the Great Aberdeen Run we are underlining our wider commitment to raising the profile of sport in Aberdeen and increasing opportunities for participation throughout the city.”

There are three distances on offer, which will appeal to everyone from budding young athletes to experienced veterans, runners can choose from a half marathon, 10k and the Family Mile, which is suitable for anyone aged three and up.

Organisers are also encouraging local companies to get involved in the Business Challenge, which pits local organisations against each other to encourage some healthy rivalry.

Russell Borthwick, chief executive of the Aberdeen and Grampian Chamber of Commerce, said: “The Chamber is delighted to have played a pivotal role in bringing this event to the city.

“The amazing success of the original Great North Run has seen a significant positive impact on the economy in the north-east of England.

“We are pleased at the huge vote of confidence in the region which has been shown by Brendan Foster, chairman of Great Run and his team, that they are so keen to replicate this success in Aberdeen.”“The route will showcase the very best of the city and we expect tens of thousands of people, both participants and spectators, to flock to the city, providing a welcome boost to hotels, retailers, cafes and restaurants.

“It will be a very special weekend, with family races, a 10k race and a half marathon, and the popular Celebrate Aberdeen festival playing a key part in the activities.

“As well as the economic benefits, an event such as this provides a real positive focus on health, wellbeing, charity and community.”

Adrian Watson, chief executive of Aberdeen Inspired, said: "We are thrilled that the Great Aberdeen Run will be held next summer and this is an event which we feel the city could benefit from for many years to come.

"Our city centre businesses have made it clear to us that they want to see more popular festivals and events coming to Aberdeen and this is certainly one that fits the bill.

"We are delighted to support the event and it will complement the ever-growing programme of events that Aberdeen Inspired is delivering upon."

This year’s Great North Run in Newcastle attracted a record 173 nationalities, organisers and partners are confident the Great Aberdeen Run will continue to raise the regions profile as a tourism destination for runners from across the UK and beyond.

Steve Harris, Chief Executive of VisitAberdeenshire, said: "We are delighted that the Great Run series is going to come to Aberdeen next summer. I believe that it will be a massive draw for the region as runners from far afield come to try out a new city and bring friends and family to join them. In addition the exposure that the city will get will help us to demonstrate what a good place it is to come and visit.”

Organisers are hoping that thousands of runners will take part in the first year.

“It is a vibrant and dynamic city that will provide an impressive backdrop for this ambitious event.

“With over three decades of experience in organising some of the world’s best known races, we’re planning to use our knowledge to make this a must –do event on the Scottish running calendar.”

Entries are now open, for more information or to enter visit: www.greatrun.org/Aberdeen