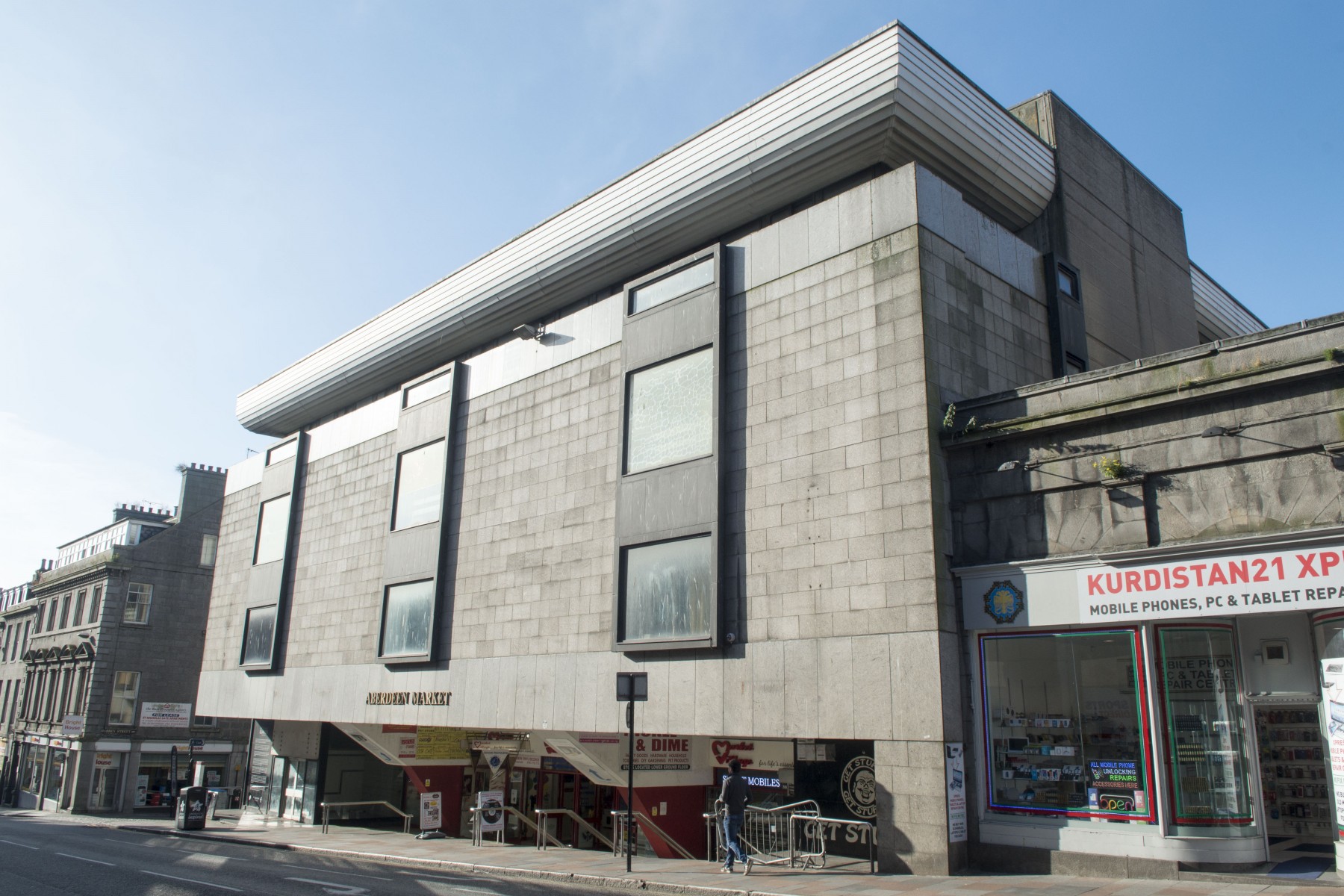 A marketing exercise to identify an operator and planning application to be submitted as soon as possible for a revamped Aberdeen Market after both moves were yesterday agreed at committee.

Aberdeen City Council’s city growth and resources committee agreed to the instructions to senior officers along with progressing with the Full Business Case for the project.

In May, the committee agreed to the purchase of the former Aberdeen Market and BHS to create a destination venue featuring international-style food and drink outlets as part of the city’s recovery from Covid-19.

The report to committee said the site has now been purchased including a demolition contract.

The development would also create a pedestrian connectivity between Union Street and the bus and railway stations via The Green, and enliven Hadden Street and Market Street with urban realm improvements in and around The Green.

The proposal is to develop the site with attractive market-style floorspace to create a destination venue with commercial marketplace elements promoting local produce and goods alongside continental style delicatessen, cafes and food outlets.

The design will feature a mixture of fixed units of various sizes alongside space for temporary and pop-up facilities which would allow for increased variety and be flexible to seasonal requirements. A range of potential use options are being considered to complement the market floorspace. These options will be considered in the context of Aberdeen City Council’s strategic economic development objectives and will respond to identified need within the City Centre property market. This is also consistent with ‘Independent Aberdeen’ ambitions in the CCMP by creating space for local and regional businesses to grow and develop.

In addition to the interior elements, it is intended that the space around the redevelopment will be utilised to provide attractive outdoor spaces which enhance and integrate with proposed urban realm improvements. These exterior improvements will create an attractive link between the Green and the retail offer on Union Street, supporting increased accessibility, improved navigability.

Aberdeen City Council city growth and resources committee convener Councillor Ryan Houghton said: “It’s good to see progress on the Aberdeen Market and former BHS retail unit with the purchase of the site and now committee agreeing that it should be put to out to market to find an operator.

“It will help our hospitality and retail sectors which have suffered due to the restrictions caused by Covid-19 and is an exciting opportunity to breathe new life into our city centre.

“The new Aberdeen Market, combined with associated public realm works on Union Street and to the south, would bring transformational change to the heart of the city centre and we look forward to the next stages.”

The former BHS building had been vacant for approximately seven years and has planning consent for a major office development which has not proved to be deliverable.

The central section of Union Street and Aberdeen Market are critical components in the “Heart of the City” area of Intervention identified in the approved City Centre Masterplan from 2015, which has the key objective to reinstate the central role of Union Street in the life of the city, establishing stronger linkages north and south and creating a destination not just for shopping but for many city activities.

The development provides the opportunity to achieve several objectives including creating an ‘active’ frontage to Union Street, link with active travel and pedestrian priorities for the city centre, increase footfall and create of a new retail ‘destination’ for the city centre, occupation of vacant retail units, and provide resilient recovery from Covid-19.

The creation of a market style exchange means opportunities for linking with local sectors and businesses to support growth and these linkages will highlight local and regional production and craft and create a new point of contact for interfacing with customers.

The 2021 Budget meeting on 10 March outlined a funding commitment totalling £150M from the General Fund Capital Programme over financial years 2021/22 to 2025/26 to ensure the Council transforms the city centre and beach area.

The Outline Business Case said the project would be carried out to enhance the city infrastructure for the benefit of its citizens and visitors, rather than for the purposes of commercial return. The council will seek to mitigate the cost of the project through applying for various funds and organisations where grant funding is available in line with the objectives of the project.

Costs for the Union Street central visioning work package are £50,000 to be met from the city centre workstream of the General Fund Capital Programme. Indicative costs to develop detailed design for this section of Union Street leading on from the visioning exercise, including detailed civils design, bridge assessment, landscape design and stakeholder engagement, are estimated to be £500,000. The estimated cost for implementing public realm and wayfinding improvements to the south is £1million.

An update on progress for the new Aberdeen Market building will be given to committee in November.