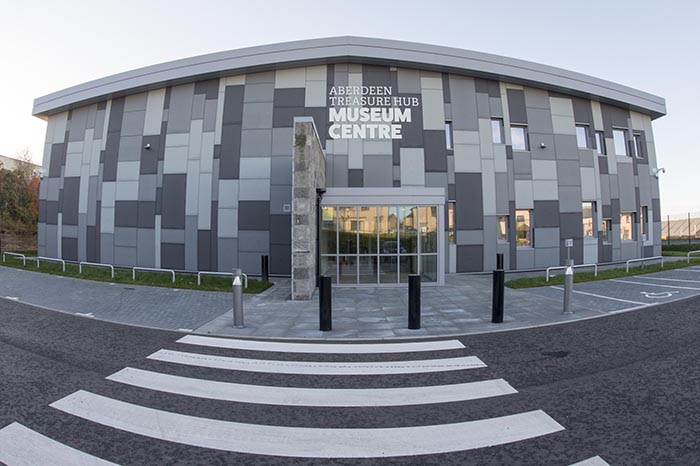 Parents looking for something to keep their children entertained during the current school holiday don’t have to look too far thanks to a wealth of family events at Aberdeen’s cultural venues.

This Saturday (7 April) Aberdeen Treasure Hub in Northfield opens its doors to a free day of discovery where visitors can get their handle real historical treasures from the city archives in the company of museum curators. Visitors can also get creative with some fun family craft activities.

If music is more to your youngsters’ liking, this Saturday also sees a special one-hour, family afternoon concert at the Aberdeen Citadel. The Bear and the Piano, based on David Litchfield’s award-winning picture book of the same name, begins at 2pm and features Margaret Hearne (narrator), Margaret Preston (flute), Pandy Arthur (soprano) and Roger B Williams (piano).

For your wee ones (ages 4+) there’s Wee Tales at the Maritime Museum on Thursday 12 April. Award-winning theatre companies 10ft Tall and Frozen Charlotte bring well-loved stories to life for children and adults alike. This fun, interactive story-telling session is full of favourites and hidden gems. To book tickets go to www.aagm.co.uk/WhatsOn

Councillor John Wheeler, Education Operational Delivery Convener, said: “There’s a great offering of events at our venues during the school holidays for people of all ages to enjoy. Each event tells some fascinating stories both factual and fictional; with the fact often being stranger than fiction!”

It’s also your last chance to see Sea Change, the Maritime Museum’s fascinating free exhibition on the creative and destructive nature of the sea. Running until Sunday 15 April, the objects on display tell some incredible stories from an epic 1,200-mile kayak expedition, to the unlikely tale of the ‘Flying Hutchinsons’, the pioneering American family of aviators rescued from an Arctic ice floe by an Aberdeen trawler.

For those who like their stories to have a chilling touch, where better than the Tolbooth Museum? Discover the fascinating 400 year history of one of Aberdeen’s oldest buildings and one of the best preserved jails in Scotland. Tales of the Tolbooth (admission free) tells the building’s history through the stories of five early inmates including Charles Duff, imprisoned for the crime of wearing tartan and Peter Williamson - also known as ‘Indian Peter’ - who was kidnapped as a child in Aberdeen and sold into slavery in the American colonies.