Freedom of the City of Aberdeen: Historic customs at the centre of weekend ceremony 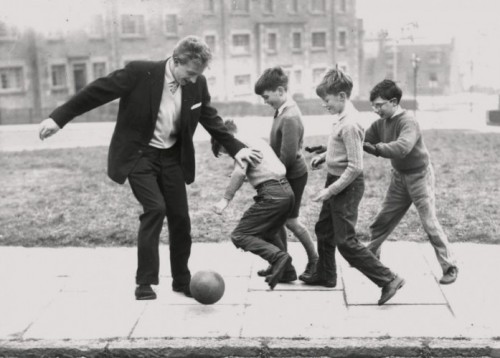 Denis Law will receive the freedom of the City of Aberdeen this weekend.

Following a conferral ceremony on Saturday, the proud Aberdonian will be paraded down Union Street on Sunday and will greet the crowds from the Town House balcony.

The Sunday parade will begin at 5.30pm and the new Freeman is expected to arrive at the Town House at around 6.15pm.

Throughout the week there will be news, features and information relating to the weekend celebrations. Today we look at the traditions and features of the ceremony.

The fine detail of the city's traditions

While the Freedom of the City dates back to the 12th century current features of the modern ceremony first become apparent in the eighteenth century.

From Johnson and Boswell’s Tour of the Western Isles it appears that when Johnson received the freedom in 1773 it was customary for the recipient to wear the burgess ticket or diploma attached to his hat during the remainder of the ceremony.

On a number of occasions the ceremony to admit a free burgess and guild brother has taken place out with Aberdeen. Both the Duke of Cumberland (1746) and Henry Dundas, Home Secretary (1793) received their tickets elsewhere, and it is thought the respective gold boxes may have been provided ostensibly to transport the tickets.

Since the passage of the Burgh Reform Act 1833, admission as free burgesses and guild brethren of distinguished guests of the Town Council have been accompanied by an individually drafted diploma or burgess ticket (until 1890 in Latin) setting out the reason for the honour being conferred.

This has been written out on an individual page of the Register of Free (Honorary) Burgesses. Provision of a casket to hold the burgess ticket was certainly well-established by 1890, when Andrew Carnegie the US steel millionaire who had provided much of the funding for the City Library building, requested that his casket be manufactured of no costly material. He was given a red leather covered box.

At Saturday’s Freedom of the City the conferral party will consist of the Lord Provost of Aberdeen Barney Crockett, Angela Scott, Chief Executive of Aberdeen City Council, Denis Law and his wife Diana, and the Reverend Stephen Taylor.

Once the Lord Provost has given his conferral speech in which he will talk about Denis Law CBE and why the city has chosen to bestow its highest honour on him, he will then be joined by the Chief Executive to read the Ticket.

The Ticket is the formal wording which admits and receives Mr Law as a Free Burgess and Guild Brother of the City and Royal Burgh of Aberdeen.

Mr Law will then stand forward wearing a hat so that the Chief Executive can affix the Ticket, which is a key part of the formal ceremony. Denis will wear a Scotland cap that has been provided by the Scottish Football Association for this very special occasion.

The Lord Provost will then present the casket to Mr Law, which contains a miniature copy of the conferral document.

Everyone who attends this Saturday’s conferral ceremony and civic dinner will receive a commemorative booklet and a commemorative medal as special mementos of the historic occasion. The medal features the iconic image of Denis in his celebratory goal pose and the date of the conferral.

Freedom of the City of Aberdeen: Historic customs at the centre of weekend ceremony