Freedom of the City of Aberdeen: Denis Law - the ultimate Granite City icon 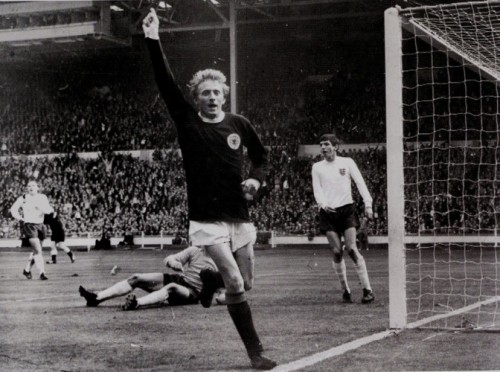 Denis Law will receive the freedom of the City of Aberdeen this weekend. Following a conferral ceremony on Saturday, the proud Aberdonian will be paraded down Union Street on Sunday and will greet the crowds from the Town House balcony. The Sunday parade will begin at 5.30pm and the new Freeman is expected to arrive at the Town House at around 6.15pm.

Throughout the week there will be news, features and information relating to the weekend celebrations. Today we set the scene with a look at the sporting life and times of a Scottish football legend.

If one man defines the spirit of sport in the Granite City it must be Denis Law. A global icon, a superstar who soared to the stratosphere of football but a man who never let the fame and fortune detract from the fact that, deep down at heart, he is a humble lad from Aberdeen.

Law, the son of a trawlerman, is arguably the finest player ever to be produced on Scotland’s playing fields. In fact for most who witnessed him in full flight, with his shock of blonde hair marking him out from the crowd, there is simply no debate – The Law Man is the greatest of them all.

He is also one of the greatest sporting personalities to emerge from these shores, a character who endeared himself to all he encountered and whose wonderful spirit and love of the game which brought him celebrity status warms the heart. Law’s wide smile and easy going nature became trademarks of one of the most instantly recognisable stars of the era, but on the field it was a different story. A fierce competitive edge made Law a feared opponent and a burning desire to succeed ensured he had success to match his ability.

A child of the 1950s, Law was a bespectacled member of the Aberdeen school select side when he first began to shine. He helped the city team to victory in the Scottish primary tournament while a pupil at Kittybrewster school. His school commitments were combined with juvenile league games for Aberdeen Lads’ Club, one of a succession of household names to have come through the club. 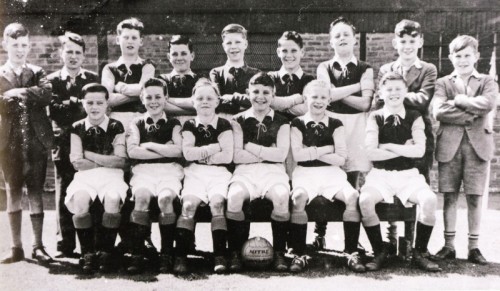 Progressing to Powis school as a teenager, he was one of a group of Scots picked up by Huddersfield Town and signed as an amateur at the age of 15. After completing his studies he moved south to begin his apprenticeship in Yorkshire and in 1956 became the youngest player ever to represent the club when he made his debut at the age of 16. Accomplished displays that belied his tender years ensured a professional contract was quickly tabled and Law kept progressing at an astonishing rate.

In October 1958, still only 18, he won his first Scotland cap in a 3-0 win against Wales in Cardiff. The rookie scored one and made two goals, a perfect introduction to the Tartan Army for a youngster who had never played to a Scottish audience as a club player.

His natural ability was clear for all to see, with his obvious goal threat always in evidence and his off the ball movement from the inside forward beat proving impossible for defenders to live with. 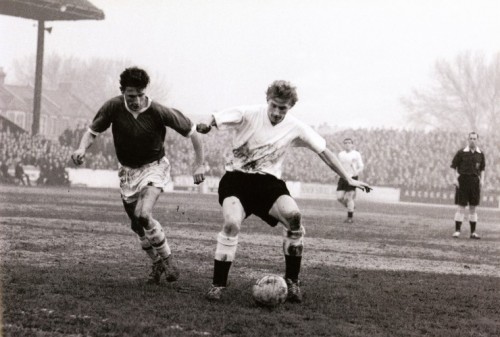 In March 1960 Law moved to Manchester City in a British record deal worth £55,000 to Huddersfield. When it became clear the Leeds Road club were willing to cash in on their prize asset, a long line of clubs began to beat a path to their door. Arsenal, Manchester City and Chelsea nudged to the front of the queue and at the end of a frantic round of bidding it was the Maine Road outfit who emerged with the hottest property in the English game.

His exploits in Sky Blue included a six goal haul in an FA Cup tie against Luton Town in 1961. The match was actually abandoned after 69 minutes due to a waterlogged pitch, but Law’s sensational scoring streak was still an achievement which saw his name up in lights.

Allied with his deadly ability in front of goal was a fiercely competitive streak, with the wiry yet powerful forward earning a reputation as a tough tackler and a player not to be messed with. His full blooded approach to the game landed him in hot water with the authorities more than once but his aggressive edge was a major part of his game and managers knew better than to try and temper that aspect of Law’s character.

With bravery to match his combative instinct, he was a technically brilliant player who had the rare quality of being able to do the dirty work when required. It was the complete package for an attacking player and Italian side Torino were quick to seize upon his unique abilities, snapping Law up in the summer of 1961 as part of an Italian raid on the British top flights.

The Aberdonian followed Hibs striker Joe Baker to Turin while Jimmy Greaves had been recruited by AC Milan just days earlier. It cost Torino £100,000 to clinch the Law deal but he continued to produce truly world class displays with club and country to justify the heavy investment.

The pair became close friends during their foray into Serie A but found it difficult to break down the wary Italians within the club’s squad. Matters were made worse when, following a car crash involving their British duo, Law was dropped from the team despite escaping unscathed.

Around 15,000 Torino fans boycotted the next game in protest at the decision to go without their talismanic forward while those who did enter the ground chanted for Law to be restored to the team. The side fell 2-1 to Udinese and in time for the next fixture there was a timely recall for Law.

At the end of a stormy first season in Italy, Law’s continental adventure was brought to an end when Manchester United weighed in with a £115,000 offer for the fair-haired goal getter. Old Trafford manager Matt Busby, after a patient pursuit, had finally got his man.

Although he never graced Pittodrie, the match of Law’s life did take place in Aberdeen just months after signing for United. Denis Law, of Printfield Terrace, married Diana Thomson, of Great Western Road, at Holburn West Church in December 1962. The wedding party, greeted by crowds of well-wishers, continued on to a reception at the Northern Hotel. Among the 150 guests was Archie Beattie, the scout who first caught sight of Law’s potential and helped propel him to the senior game.

On the field, Busby installed Law as his Red Devils captain as he returned to thrilling English crowds after his European sojourn. With speed, vision and power to go with his skill on the ball there was not a player to touch him.

He was an inspiration for United, helping the club to the FA Cup in 1963 and then the championship in both 1965 and 1967. In the process he became the only Scottish player ever to be crowned Ballon d'Or winner, awarded to Europe's finest player each year and presented to Law in 1964. He also had a starring role in helping United to the 1968 European Cup final, although he missed the showdown against Benfica through injury. 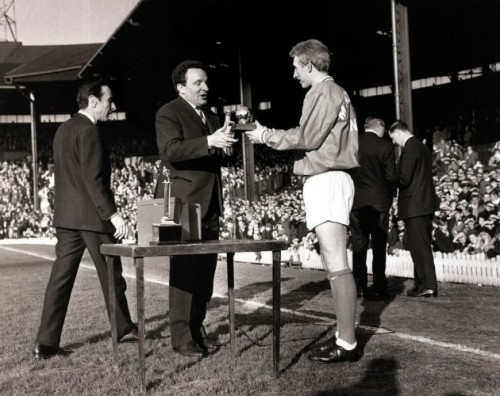 At the age of 33, he rejoined Manchester City in the summer of 1973 after more than 300 league appearances for their rivals. He had rejected attempts by Hearts, amongst others, to lure him back to Scotland to see out his career, choosing to stay in his adopted city.

While with City in 1973 he also made his first senior appearance at Pittodrie, captaining the Sky Blues in a friendly against the Dons. His only other experience of the ground had been a 1954 schools cup final when he lined up for Powis against Rosemount.

The move to Maine Road enabled Law to fulfil his last ambition in football – to represent Scotland at the World Cup finals. Law, who skippered the national side for the first time under Tommy Docherty in 1972, made a total of 55 appearances in Dark Blue. Five of those were as captain, as the forward adapted to his position as a wise old head in the international squad.

The World Cup finals of 1974 in Germany were the culmination of that service, selected by manager Willie Ormond for the pool game against Zaire in Dortmund and inspiring his team-mates to a 2-0 victory. Peter Lorimer and Joe Jordan were the goal scorers that day but Law already had 30 of his own at international level. His goals to games ratio makes him the most prolific striker Scotland has ever had.

The national team famously exited the World Cup that summer despite emerging with an unbeaten record from the group stages of the German finals. It was a cruel way to leave, but in hindsight fitting that Law was part of the most successful Scotland team ever.

Despite playing his entire club career south of the border he remained intensely patriotic and a true hero to the Tartan Army. Adored and admired in equal measure, no individual has done more to represent Aberdeen on the worldwide stage than Denis Law.

Freedom of the City of Aberdeen: Denis Law - the ultimate Granite City icon