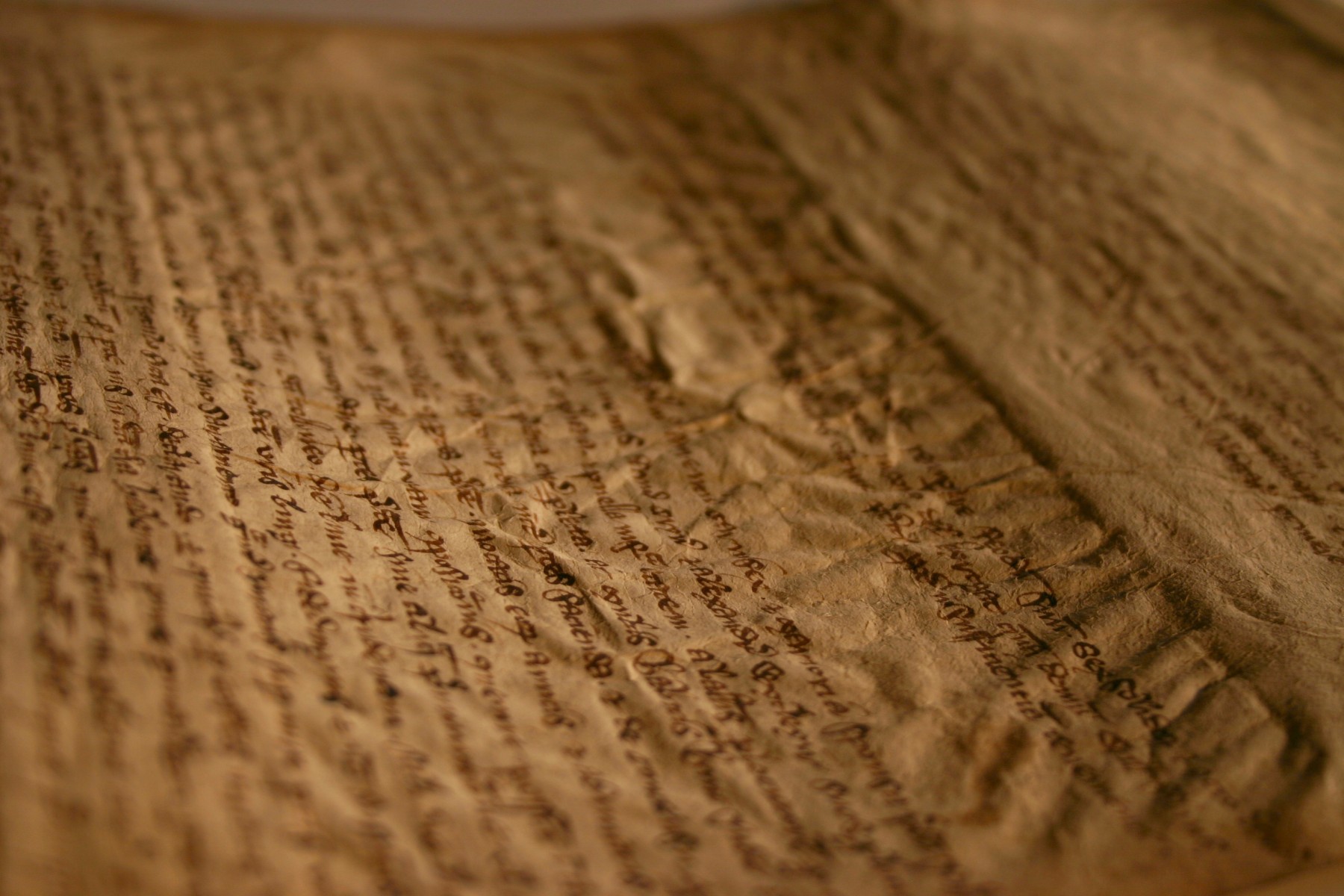 A free talk to mark the 700th anniversary of Aberdeen’s Burgh Court Roll of 1317 will be held at 7pm on Monday 20 November, in the Town and County Hall, Town House, Broad Street.

A national treasure dating from the era of the Declaration of Arbroath, the Burgh Court Roll of 1317 is the oldest record of council business anywhere in Scotland.

At around 160cm long and 20cm wide the document comprises five panels of parchment stitched together and is a fascinating object in its own right. The Burgh Court Roll will be on display at the special event.

It records a number of cases that came before the burgh’s various courts between August and October 1317 ranging from a complex series of land transactions that highlight the repercussions of the Wars of Independence through to disputes between ordinary Aberdonians arising from violent scuffles and arguments that had got out of hand in the streets of Fittie.

The document also sheds light on how complex legal transactions were underpinned by, and expressed through, elaborate ceremonies and public acts – such as the swearing of the “great oath” on a crucifix or the Gospels, and outdoor conveyancing with “charters and acclamation” in the medieval Gallowgate.

The entries on the roll reveal how keenly the people of Aberdeen were aware of the rights they had in the common law of the Scottish monarchs. A letter even survives sewn onto the court roll that was issued in the name of Robert the Bruce, which commanded the officers of the burgh to do justice in what was essentially a succession dispute.

The document, which is kept by Aberdeen City Archives at the Town House, has recently been translated from the original Latin by Dr Jackson Armstrong, Lecturer in History, and Dr Andrew Simpson, Senior Lecturer in Law, of the University of Aberdeen.

They are engaged in a wider project with the City Archive to transcribe the city’s earliest council registers. These volumes are recognised by UNESCO as being of outstanding historical importance to the UK because of their status as the oldest and most complete set of records of any Scottish town.

City Archivist, Phil Astley, will join Dr Armstrong and Dr Simpson at the talk to discuss the content and significance of this nationally important document.

The Lord Provost of Aberdeen Barney Crockett said: “We are extremely fortunate to have an extraordinary collection of burgh records for Aberdeen held by Aberdeen City and Aberdeenshire Archives, which are recognised by UNESCO. Anyone interested in local and national history will find this talk fascinating as it offers an insight into what was happening in the Burgh 700 years ago.”

Dr Jackson Armstrong, Lecturer in History, said: “The 1317 roll is an exceptional source for Aberdeen and for Scotland in the reign of Robert the Bruce. It reveals a snapshot of everyday life in the medieval town. Although well known to historians and legal scholars, it has never before been translated into modern English.”

Phil Astley, City Archivist, said: “Aberdeen is indeed fortunate in having a UNESCO-recognised archive which includes the Burgh Court Roll. As the oldest record of local government in Scotland we’re delighted to wish this revered old document a very happy birthday.”