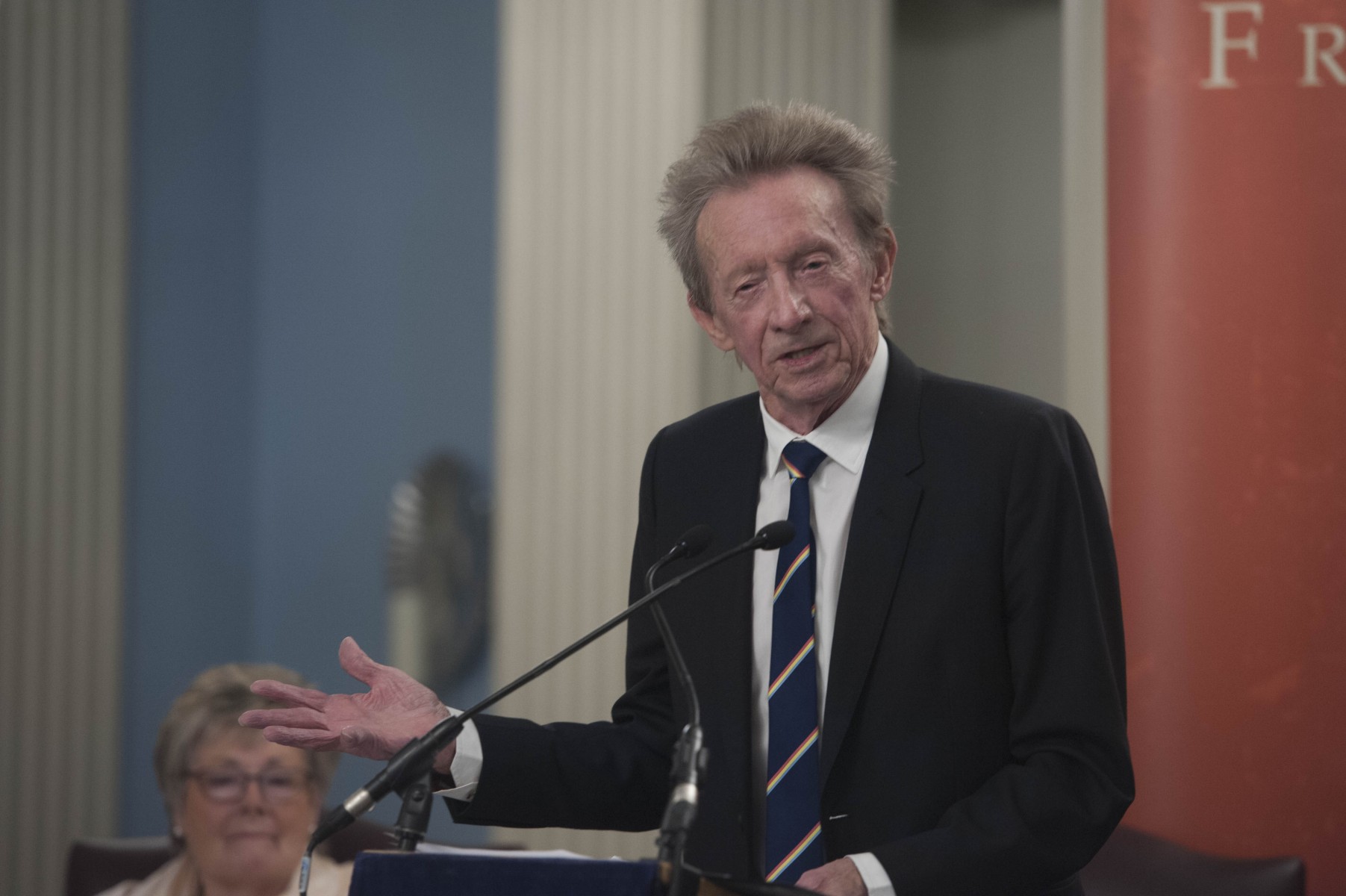 Football legend due in city for statue unveiling

Football legend and Aberdeen hero Denis Law CBE is expected to visit the city next month for the unveiling of a statue in his honour.

And former Dons boss Sir Alex Ferguson CBE, one of the greatest managers of all time, is also anticipated to attend the event on November 18.

The bronze statue is to be sited next to Provost Skene's House (PSH), which has just re-opened as a new visitor attraction after the city council's £3.8 million renovation.

Both Denis and Sir Alex feature in PSH, which showcases people with links to Aberdeen and the North-east who have transformed the wider world.

As well as having a presence in the Hall of Heroes on the ground floor, Denis is celebrated in the Sporting Champions section, where memorabilia from his career is on display.

The cost and erection of the "Legend" statue, which shows the footballer in an iconic arms-raised pose, has been met by the city's Common Good Fund and the Denis Law Legacy Trust.

It was sculpted by Alan Herriot, who was also commissioned by the council to create the statue of King Robert the Bruce outside nearby Marischal College.

The statue will be located at the gable end of PSH.

Denis Law said: "I am honestly humbled that a statue is to be erected in the heart of my beloved home city. Aberdeen and the people of Aberdeen mean everything to me.

"This is truly a huge privilege and I would like to thank Aberdeen City Council and Denis Law Legacy Trust for honouring me in such a manner.”

Councillor Ryan Houghton, convener of the City Growth and Resources Committee, said: "Denis Law is a truly inspirational figure, who transcends his sport and is held in the deepest regard and affection by the people of Aberdeen.

"The honour would be ours in welcoming Denis and Sir Alex to the city, where they have done so much to further Aberdeen's success and our standing in the world. The council is delighted to be supporting this project."

And David Suttie, Trustee, Denis Law Legacy Trust, said: "The Trust is delighted the statue of Denis Law is to be erected in the city centre at Marischal Square, close to Provost Skene’s House and in eyesight of King Robert the Bruce.

"Denis Law is known throughout the world as ‘The King’ so this means that Aberdeen will have a fabulous tourist attraction in the heart of the city – the two Kings of Aberdeen. We are anticipating that both Denis and Sir Alex Ferguson will be involved in the ceremony.”

Denis, 81, was born and raised in the Printfield area of Aberdeen. The former European footballer of the year and Scotland's only winner of Ballon d'Or went to Powis Academy, before moving to England to play for Huddersfield when he was 16.

He went on to play for Manchester United, Torino and Manchester City. Known as The Lawman, he scored 30 goals for Scotland.

The legacy of Denis Law is already well represented within Aberdeen through Denis Law Legacy Trust and its successful Streetsport initiative with Robert Gordon University, as well as the Trust’s thriving Cruyff Courts in partnership with Aberdeen City Council.

Both Denis and Sir Alex – who managed the Dons and later Manchester United – were awarded Freedom of the City, with more than 15,000 people lining Union Street to greet Denis Law when he received the honour in 2017.

Football legend due in city for statue unveiling